I would rather be a serf in a poor man’s house and be above ground than reign among the dead.
Homer 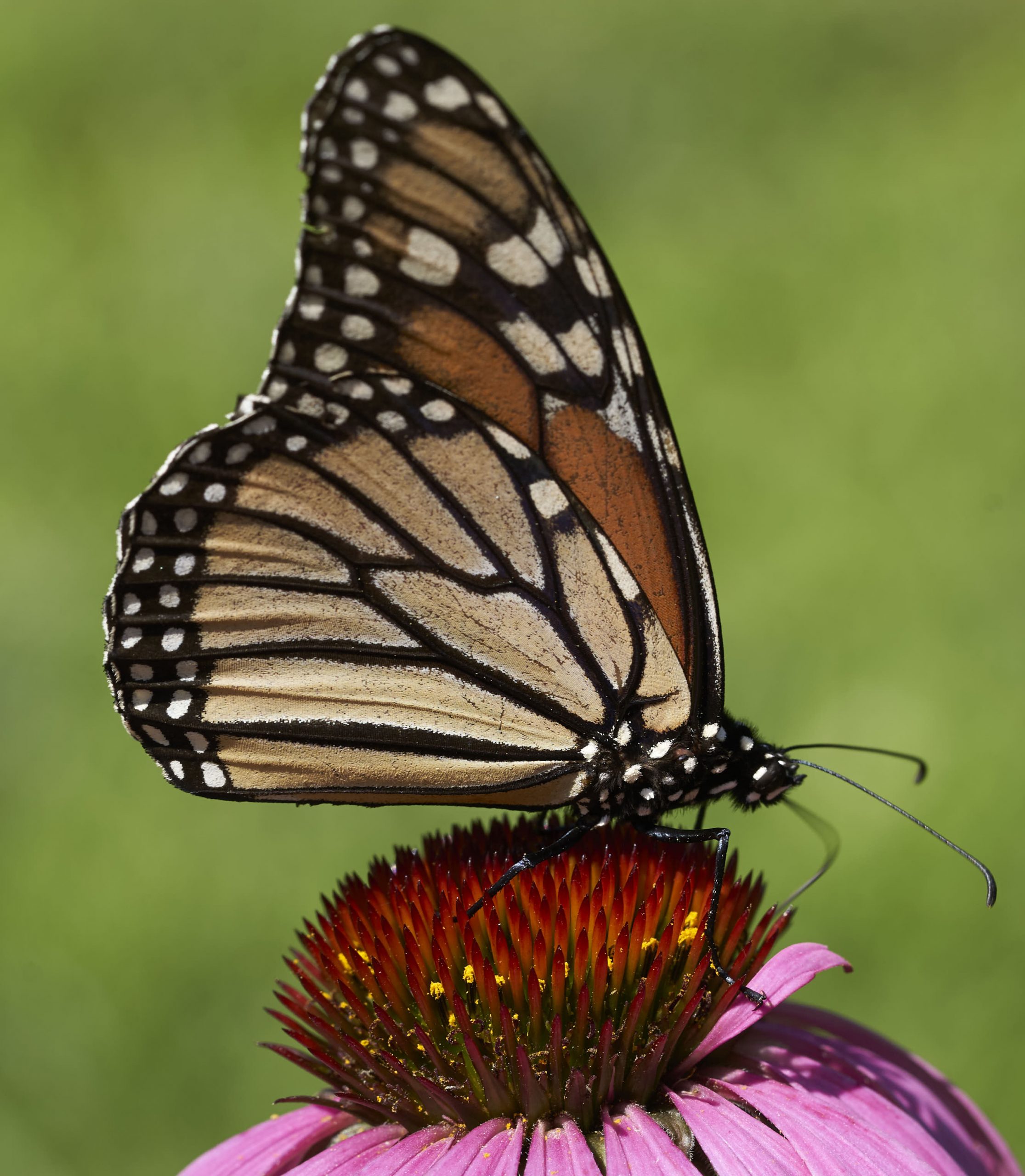 I enjoyed the section where she looked at the cognitive dissonance and panic when an academic tried to point out the equivalence between the transgender and trans-racial delusions.  Only difference; one is dogma, the other is heresy.

The Tribal Morality of Identity Politics

The charity that is a trifle to us can be precious to others.
Homer

When the Narrative Starts to Break Down

New York City is an enormous place.  Something like eight million people live within the confines of the five boroughs and twelve million more live in the adjacent areas of New York, New Jersey, Connecticut and even Pennsylvania that act as bedroom communities for the people who make a living off of that gigantic place.

Back when I was a young man living in New York in the nineteen seventies and eighties, crime was a frightening fact of life.  Even the “safe” neighborhoods had been invaded by violent criminals who “mugged” the unsuspecting and often weaker members of the community wherever the opportunity offered.  The democrat mayors of the city payed lip service to policing the problems but because of their dependence on votes from the African American and Latino communities they were careful never to embrace too openly the law and order aspect of the city’s responsibilities.  But when David Dinkins became the first African American mayor in 1990 his first responsibility was to his ethnic constituency and that ensured the effective handcuffing of the NYPD and gave a carte blanche to criminals.

But back then even New York liberals knew that unfettered criminality would destroy their home.  So, they did the unthinkable, they elected Rudy Giuliani mayor.  Giuliani was a republican and a former US Attorney who had prosecuted mafia bosses and high-profile criminals.  He put in place a highly effective neighborhood policing strategy that targeted both low level crime (broken windows offenses) and serious crime (robbery and violent crime) and in the space of a few years made New York City one of the safest big cities in the United States.  But being a republican, albeit a relatively liberal one, and having made his reputation by embracing law enforcement, the democratic City Council enacted term limits for the first time in city history to prevent him from governing for more than eight years.

His successor Michael Bloomberg ran as a republican (in name only) and saw the mayoral term limit law removed so that he could serve for twelve years.  Being a creature of the liberal establishment Bloomberg would often excoriate any police incident that showed up in the bleeding-heart liberal New York media.  But he was at least smart enough to mostly leave in place the police practices that Giuliani had pioneered.

But then two things happened.  Barack Obama became President of the Unites States and Bill de Blasio became Mayor of New York.  Obama and his Attorney General Eric Holder used the Justice Department to criminalize and prosecute police officers whenever an opportunity arose in the media that could be construed as police brutality against African American criminals.  It spawned the Black Lives Matters organization which was responsible for the deaths of police officers in several American cities.  But de Blasio embraced it and has effectively handcuffed police effectiveness in New York City.  As part of his police policy, “stop and frisk” and broken windows policing have been eliminated.  Due to this, quality of life crimes have started to proliferate again.  And more recently, violent crime, which until recently had been close to non-existent is becoming a day to day reality for the first time since the early nineteen nineties.

And that’s where we are today.  The progressives have a firm hold on New York City politics but the demographics of left-wing politics have changed.  New York is a minority majority city and the old left-wing ethnicities are no longer in control.  It may no longer be possible for a Rudy Giuliani type reformer to be brought in to clean up de Blasio’s crime problem.

When anti-Semitism against the easily recognizable Orthodox Jewish community is being perpetrated by African Americans, both on a day to day low level harassment basis and in deadly attacks as have recently occurred, it becomes difficult for de Blasio and the other New York progressives to get people to believe that white supremacists are responsible for the problem.  I mean he’ll still try, but as seen in that link, it’s getting a little thick.

So, where does this leave the New York Jewish community?  Their voting record, with exceptions, puts them squarely in line with progressive candidates on the local, state and national level.  So, essentially, they have themselves helped to create this monster by electing Barack Obama, Andrew Cuomo and Bill de Blasio to the positions that allowed them to hamstring the only entity that could have protected them, the New York Police Department.  And once the police saw that their bosses no longer had their backs, they stopped doing their jobs.  Why risk being sent to prison for trying to prevent crime?  Now they just clean up the pieces after the damage is done.

Some in the Jewish community are advocating for a return to sane police policy but the more pragmatic voices, knowing the reality of where they are, are calling for their communities to hire private armed security forces for their houses of worship.  And that is indeed highly ironic.  After eliminating the public security force that made it possible for all of New York City to thrive they now are forced to provide for themselves a private police force to protect them from the criminals they have empowered.

Those in the more upscale New York City communities were in the vanguard of movements such as Black Lives Matter and other initiatives begun during the Obama and de Blasio administrations.  Now they are living with the results of those movements.  Currently it is still at the periphery of their community, with the non-progressive elements such as the Orthodox community bearing the brunt of the problem.  But just as back in the 1980s these problems eventually find their way back to the “safe” neighborhoods.  The question for them will be what happens when the Narrative breaks down on their own doorstep?

For afterwards a man finds pleasure in his pains, when he has suffered long and wandered long. So I will tell you what you ask and seek to know.
Homer

The Menagerie was a reformulating of the first Star Trek pilot episode, “The Cage.”  Jeffrey Hunter was the original pick to be the captain of the Enterprise, Captain Christopher Pike.  But the network rejected that pilot and when Roddenberry asked Hunter to do the second pilot he bowed out.  So, the original story of the Enterprise on Talos IV is embedded in the two-episode story of Spock’s mission to help Captain Pike.

The plot revolves around events that involved the Enterprise long before Jim Kirk was captain.  Chris Pike was the captain during the Talosian incident and his science officer at the time was Mr. Spock.  Fast forward to Jim Kirk’s Enterprise and Spock fakes a distress signal from a Star Base in order to kidnap a critically injured and horribly disabled Christopher Pike and hijack the Enterprise to reach Talos IV.  Captain Kirk and the star base commander Commodore Mendez follow after the Enterprise and once aboard they put Spock on trial for mutiny.  Spock provides evidence in the form of an audio-visual record of the Talosian incident which as it turns out is being transmitted to the Enterprise by the Talosians.  This transmittal explains why Talos IV is quarantined by the Federation and nature of the Talosians powers.  The resolution of the trial and Captain Pike’s fate are the climax of the story.

This story is one of Star Trek’s best.  Even though this is a cut and paste of the earlier episode with the later additions for the Spock plot it is an interesting story with characters that are at least as interesting as the normal crew.  I would say Jeffrey Hunter does an excellent job as Captain Pike and it is interesting to think what the series would have been like if he had stayed with the show.

The nature of the Talosians powers and their intentions for Captain Pike allow the storyline to include several scenes that involve Pike and the girl Vina in some fantasy episodes.  There’s even one scene where she’s painted green and dancing around in a harem outfit (and of special interest to Orion’s Cold Fire, she’s described as a green-skinned Orion slave girl).

A notable item from the story is the casting of Majel Barrett, the woman who went on to play the always annoying Nurse Chapel, as Pike’s First Officer known as Number One.  Barrett played her part as a cold logical officer.  In this part she was far more entertaining than with her Chapel character.

Since Captain Kirk has a relatively small part in these two episodes, he really had no chance to demonstrate his special acting skills.  Interestingly, the plot does have a couple of incidents where Jeffrey Hunter had to react to psychic torture with exaggerated facial expressions and spasmodic body gestures.  It appears then that the writers and directors are partially responsible for all the histrionics that Bill Shatner is so famous for.  But obviously he had a greater ability than Hunter at hamming it up.

Many shining actions owe their success to chance, though the general or statesman receive the applause.
Homer