By My Accounting Antifa Just Lost Biden the Election

So long COVID-19, hello domestic terrorist manhunt.  The electorate is a complicated jigsaw puzzle of competing priorities.  Race, ethnicity, age and sex factor into the calculations that parties and candidates have to make as to where to invest time and money trying to pick up votes and where not to bother.

As I mentioned yesterday, I think Minneapolis Mayor Jacob Frey just threw Minnesota firmly into the Trump camp.  Going beyond that I wouldn’t be surprised if we pick up a House seat or two.  I’ll explain why I said that.  President Trump has always had a difficult time garnering the votes of upper middle-class women.  The women I mean are office workers and middle managers who have families but also have feminist friends at work who constantly harangue them on the evils of President Trump.  And so even if they themselves are not man-hating harridans, they are sympathetic to the narrative of the evil patriarchy keeping down the virtuous and brilliant women of the world.

Because of this the President’s numbers have always been skewed toward men.  It is true that in 2016 he did win the white-woman-vote.  But in 2018 the republicans lost a number of seats because the white women’s vote turned sharply against them.  That was why so many women were in the 2020 Democrat Presidential field.  And that is why someone as crazy as Elizabeth warren is still in the running for Democrat VP.  Warrren is catnip to the angry woman’s vote.  I wouldn’t have been surprised at all if Warren was selected, although all things considered I still consider it more likely that another woman, Kamala Harris, will be the pick.  And that’s because Kamala also ticks off that exciting African-American box that is also so important to the Democrat coalition.  In this sense she’s a twofer.

And up until the COVID-19 debacle the Democrats had the added headache of an economy that was dropping African-American unemployment to all-time lows and boosting paychecks too.  Despite the recent public cases of celebrity African-Americans embracing President Trump such as Kanye West there is no danger of that vote shifting decisively to him.  But if there is no particular anger toward the President the danger for the Democrats is that the African American vote won’t show up in large numbers at all.  And that would more or less cook their goose.

But now we have a new wrinkle.  The rioting that Antifa has sparked after the death of George Floyd looks like it might cause the black vote to come out strongly for the Democrats.  But what it also will most probably do is push the white-woman-vote to the Republicans.  And the reason is quite simple.  No matter how you feel about President Trump’s relations with women if you’re a woman who works in a city or suburb seeing the rioters burning, looting and beating the inhabitants of your local metropolis and promising on social networks that they’re headed out to your suburb to finish the job you are probably plenty scared.  And since this is all going on without your local Democrat Mayor or Governor stopping it, you’re probably looking for a man who will.  And guess who that is?  That’s right, America’s most reviled patriarchal alpha male President Trump.  And all of a sudden, his strutting and posturing doesn’t seem like such a bad thing.  When that loser Mayor Jacob Frey abandoned the local police precinct to the looters and the arsonist and the area devolved into bedlam President Trump said that if the Governor didn’t bring in National Guard troops right away then he’d have to do it instead.  That probably sounds pretty reassuring to someone in St. Paul who hears that the rioters have crossed the river and will be in striking distance that night.  So that’s it in a nutshell.  The race riots will probably throw the black vote to Biden but it almost surely will throw the white-woman (and hispanic-woman) -vote to President Trump.  That’s a trade the Democrats can’t afford.

Combine that with the some of the revelations that are probably going to come out of the Russia-gate investigations and the improvements in the unemployment numbers that should begin to unfold in the third quarter and it looks difficult for Creepy Uncle Joe to keep up.  And one other thing should be interesting.  What will come out of the Antifa investigation?  Antifa is a guerilla organization that has been causing great harm but getting a free ride.  If some of their members are linked directly to the violence in Minneapolis that will make them Public Enemy Number One.  Antifa gets funding from Left-Wing sources such as George Soros.  If any of these sources turn out to be friends of Joe Biden or even Obama that would truly cook their goose.

What a piece of work is a man! how

noble in reason! how infinite in faculty! in form and moving

how express and admirable! in action how like an angel! in

apprehension how like a god! the beauty of the world, the

paragon of animals! And yet to me what is this quintessence 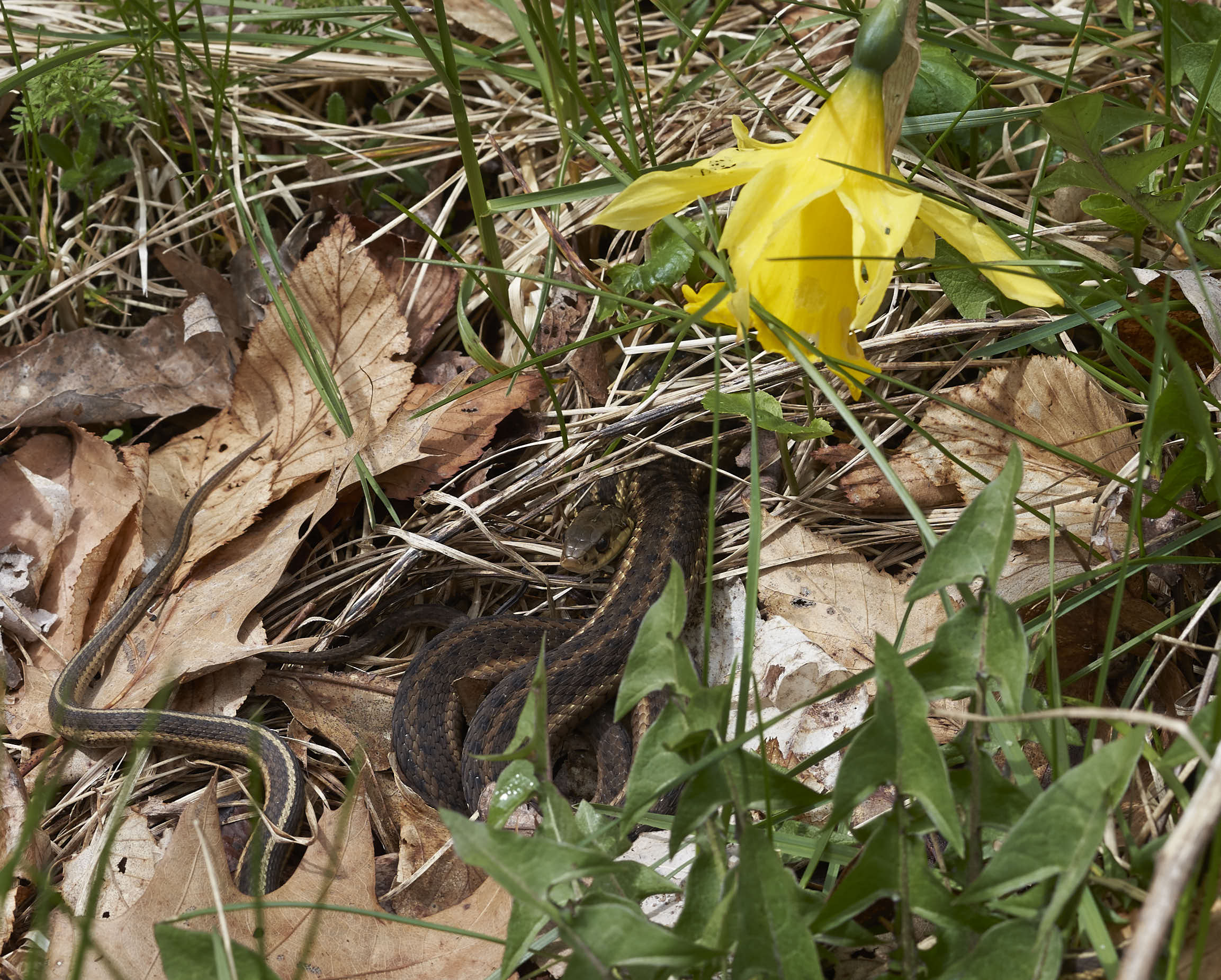 Bravo Mr. Wohlsetter.  Why you shouldn’t live or own a business in a Democrat city.

President Trump Announces ANTIFA Will be Classified a Terrorist Organization

Well, better late than never.  Now hurry up and arrest them.  I’m sure the FBI has got enough intel to pick them up in Minneapolis.  Or are they only good at surveilling law-abiding citizens?

The United States of America will be designating ANTIFA as a Terrorist Organization.

Congrats to Elon Musk for Resurrecting the US Space Program

Space-X successfully launched US astronauts back into space on an American spacecraft for the first time in ten years.

Regardless of whether any practical goals for our space program currently exist it’s a morale boost for Americans to know that we still have the right stuff when it comes to technology.  As an American who as a boy who watched the Apollo 11 landing and saw it as science fiction coming to life I’m thrilled to see a visionary like Musk making technological breakthroughs reality.

At least a small victory amid the chaos and stupidity we are surrounded by.

All the world’s a stage,

And all the men and women merely players;

They have their exits and their entrances,

And one man in his time plays many parts,

His acts being seven ages. At first, the infant,

Mewling and puking in the nurse’s arms.

Then the whining schoolboy, with his satchel

Unwillingly to school. And then the lover,

Made to his mistress’ eyebrow. Then a soldier,

Full of strange oaths and bearded like the pard,

Jealous in honor, sudden and quick in quarrel,

Even in the cannon’s mouth. And then the justice,

In fair round belly with good capon lined,

With eyes severe and beard of formal cut,

And so he plays his part. The sixth age shifts

Into the lean and slippered pantaloon,

With spectacles on nose and pouch on side;

His youthful hose, well saved, a world too wide

For his shrunk shank, and his big manly voice,

And whistles in his sound. Last scene of all,

That ends this strange eventful history,

Is second childishness and mere oblivion,

The riots, looting and arson in Minneapolis have spread to other Democrat cities.  It’s a tricky proposition for the mayors and governors in those jurisdictions in terms of how far they let it go.  The Mayor of Minneapolis was willing to let the closest police precinct burn to the ground along with all the stores and even banks in the area.  Now that the anarchy has spread to nearby St. Paul it’s probable that state officials are in a panic to put a stop to the chaos.  I don’t know enough about Minneapolis politics to know if the Mayor there is immune from voter outrage.  But even a city like New York back in the late eighties with a very large minority population finally reached a point where law and order problems created a backlash that brought in Rudy Giuliani.  Whether Minneapolis is simply too liberal to ever retreat from the appeasement of crime approach is about to be seen.

And all the usual suspects are on tv stirring the pot.  The Mayor of Chicago somehow blames the President.  It should be interesting to see whether Lori Lightfoot’s city ends up burning down too.  To her credit the Mayor of Atlanta, Keisha Bottoms, addressed the senselessness and stupidity of the rioters destroying their own city.  In a small ironic twist, the rioters have smashed some parts of the CNN headquarters in Atlanta.

The manufactured nature of the riots is so blatant that even the left-wing press has acknowledged it.  The inner-city population is looting the stores but wherever the damage is worst you can see some blond-headed twenty something at the center smashing a store window or lighting a Molotov cocktail.  This is Antifa’s show.  They ignited it and they’re keeping it going.

The bigger picture is what will be the political fallout from a spasm of violence and lawlessness running through the cities of the United States during an election year.  President Trump has to very carefully choreograph his response to the events on the ground.  He’ll profess anger for the death of George Floyd but he’ll have to condemn in the strongest terms the evil madness of the rioters.  And if finally, the governor in Minnesota fails to take control of the chaos the President will have to step in.  Taken all together I think this chaos will hurt the Democrats.  It’s reminiscent of the street violence in 1968 that helped elect Richard Nixon president.  Even voters in Democrat controlled states fear the violence and destruction that a mob unleashes when it riots.  It wouldn’t surprise me if this increases President Trump’s margin when he flips Minnesota in November.  And looking down the road it wouldn’t surprise me to hear that both Minnesota Governor Tim Walz and Minneapolis Mayor Jacob Frey get the boot in a few years when they’re up for re-election.

And one last consequence of this madness is what it will do to the COVID-19 situation.  I predict that we’re going to hear a lot less about the “pandemic.”  I noticed that a lot of the rioters weren’t social distancing as they looted the various stores and offices and I assume that when you’re running from a mob or a National Guard riot squad that a face mask will be too hard to breathe through.  A lot of citizens may figure if it’s good enough for the mob it’s good enough for them.