For the first half of my life I had hoped that eventually black Americans would become reconciled with their country and we would reach a point where we wouldn’t have the periodic race riots and looting/arson sprees that seem to be occurring more and more frequently.

I no longer believe that to be true.  There will never be a time when a black underclass will not be ready, willing and able to erupt in a spasm of destructive rage that destroys everything in their reach and allows the race hustlers to extort more loot from the frightened people of this country.  It’s as simple as that.

How we eventually end this stalemate where we have to interact in this horrific dysfunctional relationship is currently unknown to me.  Maybe we split the country or maybe we figure out a way to end the black privilege that allows them to commit mayhem through some strict enforcement of the laws.  That is a mystery to me.

So, if this insanity will continue into the foreseeable future, then the most important thing for me to figure out is how to avoid being where the rioters are going to be.  By extension I want to make sure none of the people I care about are anywhere near the rioters either.

So, what should I do?  Here’s my checklist:

Our elites have adopted the Black Lives Matter agenda.  More precisely they’ve decided to impose it on their serfs, namely us.  They themselves will just continue living in their gated communities with their private security out of reach of the arson, looting and mayhem that they’ve reserved for us.  They have adopted the Black Lives Matter mantra.  And that mantra says, “Only Black Lives Matter.”  If you say blue lives matter or white lives matter or even all lives matter, you will be denounced as a racist.  So, don’t be foolish enough to think that any of this has anything at all to do with equal treatment.  That is the last thing they want.  What they want is immunity from the law.  In fact, they want their own law.  And rest assured under that law everything you have won’t be enough to provide reparations for whatever alleged sins your ancestors committed against their ancestors.  And that is assuming that your ancestors were even in the country before 1865 which mine were not.

Photog, You are correct. One way to fight back is to give as few dollars as possible to those who hate us. You say you’d pay a hefty premium to give your business to someone you like rather than give Jeff Bezos the money. You don’t have to pay much of a premium, if any. Amazon lists the manufacturers of the items they sell. Do a web search (Bing or Duck Duck go, not Google, please) on the maker and you’ll probably find their website. Chances are you will find the item you are looking for at the same price… Read more »

Chemist, that’s a great idea. Bezos is a disaster for our economy. I’ll start looking into that.

By the way, over the weekend we had an impromptu ShatnerKhan and someone reminded me that Shatner had played Alexander the Great in a pilot. We watched some of it and it was a travesty. It co-starred Adam West as his “buddy” and imagine Shatner walking around in a mini-dress. It was hysterical but highly disturbing.

Shatner and West on the screen at the same time?!?
That sounds really, really awful.

There’s really no way to overstate how laughably bad this movie is. We gave up thirty minutes in. This wasn’t the only Shatner “gem” we viewed. I’ll have to have a detailed roundup when I have the strength to relive the ordeal.

That’s a whole lot of ham in one place.

Back in the sixties when this thing aired I remember seeing the commercial but I was mercifully spared watching the show. Joseph Cotten and John Cassavetes were somehow forced into this travesty. I can only assume they were desperately broke.

Yes, but it is better than the drag queen story hour at some libraries.

I agree with most of what you had to say because I do still hope and pray for us all to live together but that being said I think all of the people in this country who own guns need to use them to protect lives and property and the heck with the police. The people who are rioting are asking to be shot by acting like terrorists so they should be obliged and be shot; I don’t mean killed I just mean shot. A couple of occurrences like that and I think a lot of the protesters and rioters… Read more »

Art, peace is what all reasonable people hope for. But I don’t think we’re going to get to it by bending over backward with the BLM crowd. They take it as a sign of weakness.

My ancestors were Polish Jews who arrived in the US just before WWI. BLM could give a shit about our 3500 years slavery, most under Africans. I want my reparations!

At this point I am convinced BLM and the rest of it is just a scam to gain more control over us and take away all we’ve got.

Yes, now if you and I can get the Politicians we’ve elected to office to defend the Constitution and enforce our laws, the problem would be solved. We’ve got a long uphill battle. I’m old and won’t see the end of it, but it makes me hopeful when I see real Americans standing up for America.

I still think there’s hope but it is depressing to see how many crazy people there are.

Fred, if we all could trace our heritage back across the gulf of time, I’m certain we would all find that some of our ancestors were slaves at some point. That is the truth which the bad folks who incite racial rioting don’t want the useful idiots to know.

And yet, far too many people have forgotten that injustice in America is the exception, not the rule. Too many people don’t know or remember that they are blessed to live in this Nation, more so than any other people on the face of the planet. Our poor are some of the most wealthy people on the Planet!   Too many people deny the inherent goodness & generosity of the average American citizen. Too many people want to destroy this nation as it represents success for all who are willing to labor for it. It allows anyone the chance to… Read more »

I’ve got a place for all those who want to destroy my home. I’ll pay for their ticket. 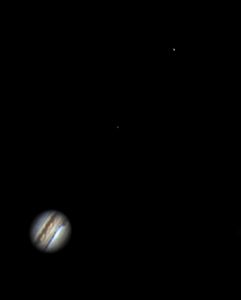 The author is correct – those people are not my countrymen, but they could have been, had not their parents swallowed the “Great Society” lie, and Al Sharpton-like lies. There is nothing left for those of us who wish our grandchildren could grow up in an America like we did (graduated from high school 1959) than for secession of the red states, and a new set of voter qualification rules.

I fear you are right. But they’re not giving us any choice.

Phone it in Friday XII: Good Reads – The Portly Politico

[…] “Anti-White Lives Don’t Matter to Me” by photog at Orion’s Cold Fire:  The latest ructions in our nation—and the growing influence of the odious terrorist organization Black Lives Matter—have been a powerful red-pill for average Americans and “normies.”  photog explains in this post how his youthful optimism that perennial race riots would disappear as black Americans were brought into the American family thanks to the security of their civil rights has died.  As he writes: […]

[…] “Phone it in Friday XII: Good Reads” – The point of PiiF is to churn out some quick content on Fridays when I’m ready to relax for the weekend.  This PiiF ended up being one of the longest ones yet.  I read a ton of blogs every day, schedule-permitting, so I come across some good stuff from time to time.  This post shared great pieces from Rachel Fulton Brown, Z Man, and photog. […]

Let me first say, we did not retire here for this reason. We did not even realize it until we were here, but our small northern New England town has no blacks, no illegal immigrants and no crime. We do not have nor need a police dept. I know some think this makes me a racist, the most horrible thing a human being can be called, but facts are facts.