A friend on the Old Boy network sent me this today:

The left loves chaos. They thrive on it like ants on honey. Chaos and unlawfulness and lack of common sense is a part of their grand design. Then they put up a strong man (NOT Biden) and we have Germany, 1933, all over again. Fascism. As much as the left claims Trump is a fascist, they are the true fascists. They sic their brown-shirt militias (BLM, Antifa) on any area that does not kowtow to their plan, except for areas such as Texas who can hold them at bay.

They have said repeatedly they are coming for our guns, and they mean it. An armed citizenry is the best protection from them and they know it. Having been around the world a few times, I have seen what historically happens to a disarmed populace. It ain’t pretty. Our founders were wise beyond measure in enacting the 2nd Amendment. An armed citizenry not only guarantees failure of an invasion from without, but prevents a takeover from within. Yamamoto and the Soviet generals alike disregarded trying to invade and occupy the USA as we had “a gun behind every blade of grass”. 100 million armed Americans as guerilla fighters makes every land force look weak by comparison. 24 million of those Americans are veterans, fully schooled in guerilla tactics and IEDs. Over 350 million guns just in legal hands that are known. Depending on whom you ask, Americans have between 4 TRILLION and 14 TRILLION rounds of ammo for those guns.

Nobody wants to try that force on for size. The US military decimated both the Viet Cong and the NVA Army. We only lost because of gutless politicians who started the war, then chickened out. Militarily, Vietnam was a great victory for us. Politically, we were undone by cowardly and bought politicians and a US media who even then was coopted by the Marxists.

Need to be more specific.

This is the image clayusmcret was linking to above. 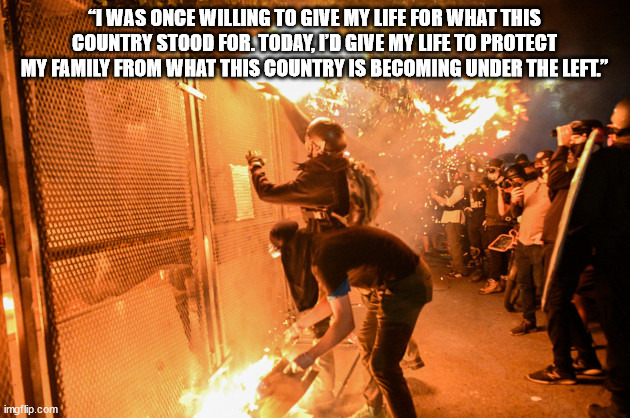