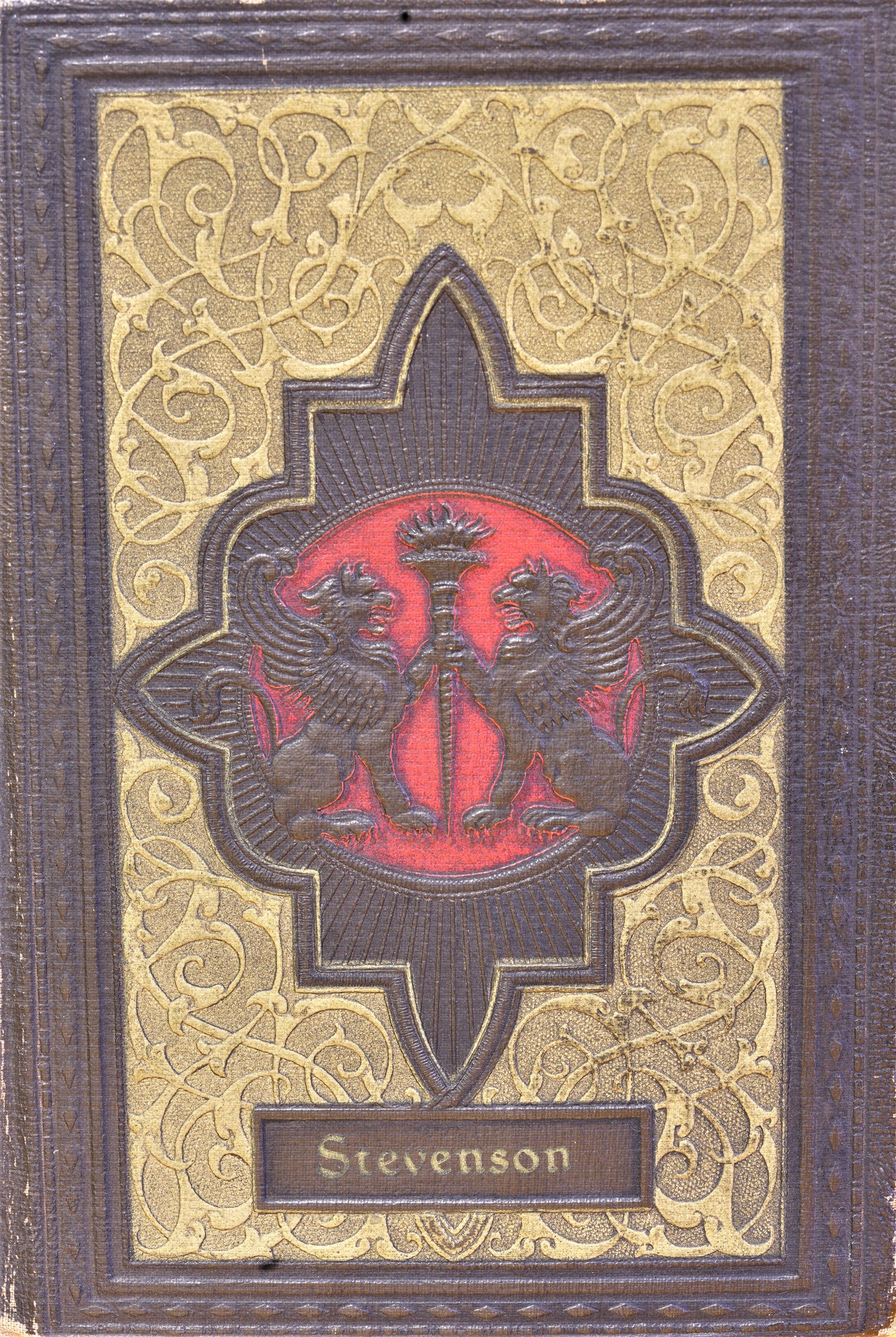 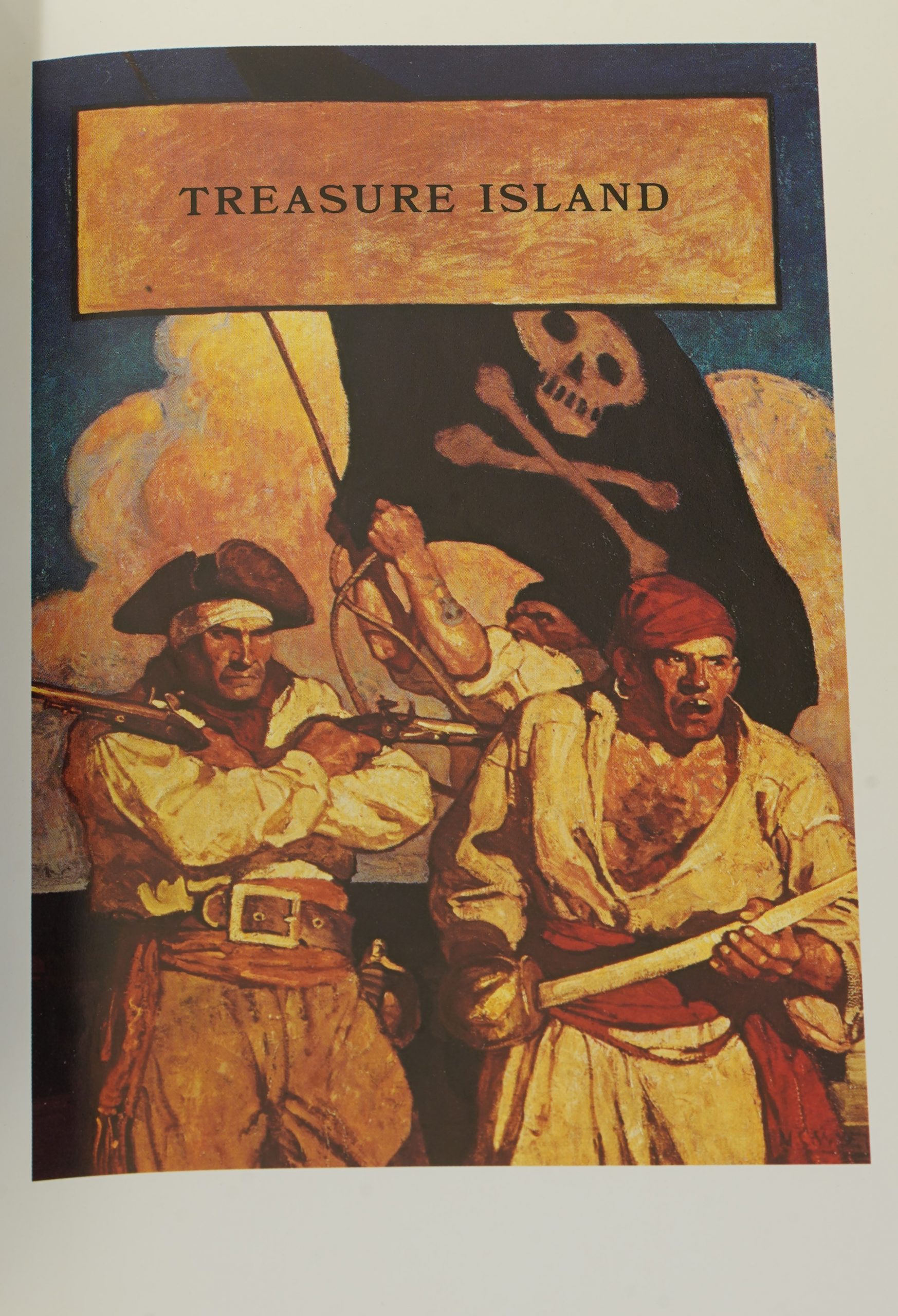 Even aside from his skills as a story-teller Robert Louis Stevenson is an interesting personality .and lived in interesting times.  But I think I’ll save the biographical comments for one of the later chapters of this series.  I’ll just say that if he had never written another line, Treasure Island would still be enough to ensure his place in the literary pantheon.  I’ll say right at the beginning that I consider it the finest boy’s adventure story ever written.  I guess I’ve given away my conclusion but that’s too bad.

The story is simple enough.  Jim Hawkins is an English boy living in the 1700’s whose parents’ small seaside inn is visited by a mysterious old sailor whose bad character and eccentricities disturb the serenity of the place.  And when his associates arrive to threaten him Jim and his mother are in fear of their lives.  After a desperate struggle Jim is stunned to find that he has stumbled on a treasure map from the dread pirate Flint and with the help and backing of the local squire, John Trelawney and  his friend Dr. Livesey Jim finds himself on a treasure hunt on the good ship Hispaniola.

But Trelawney unwisely picks his own crew and unknowingly allows a one-legged former pirate named Long John Silver to man the Hispaniola with himself and the rest of Captain Flint’s old crew.  And the story chronicles the struggle between Jim, his friends and the intrepid Captain Smollett against this gang of cutthroats.  But surprisingly, John Silver is by far the most interesting character and Stevenson somehow manages to make him an attractive villain.  Without a doubt he is just as evil and murderous as the rest of the buccaneers but at the same time he is intelligent and even affable in his villainy.

Throughout the story Jim becomes the means by which the good characters manage to survive the long odds stacked against them.  And it is these lucky breaks and courageous decisions that provide the pivot points to move the story along.  Stevenson has managed to keep the plot taut and the story moves along nice and briskly.  And all the characters, even the pirates are filled in very skillfully and moments of humor and pathos are well written.  This book has been made into motion pictures several times and the 1934 version with Wallace Beery as Silver is extremely faithful to the book and quite enjoyable but I would recommend letting boys read or have read to them this book.  It’s a fantastic story and will fire the imagination of any boy who hears it.

Loved the book, and the movies. Even Mr. Magoo made a condensed, but well-founded adaption. I even remember a version on Shirley Temple’s Storybook Theatre

I just reread it and enjoyed it more than ever. Shiver me timbers!

Loved the book as a lad. In fact, I read it to my brother who was not old enough to read at the time and we played pirates for months on end. One of the greatest boy’s books ever written, true. I’d put it up there with Tom Sawyer, Huckleberry Finn. Billy Bud, Call of the Wild, Johnny Tremain, Old Man and the Sea, Old Yeller (and Savage Sam), Robinson Crusoe, Swiss Family Robinson, Red Badge of Courage, the Time Machine, War of the Worlds, White Fang, both Jungle Books, Have Space Suit – Will Travel, Tunnel in the Sky,… Read more »