We had a very warm, snow-free winter this year and now that it’s officially spring, the snow started coming down heavy this morning.  But I’m telecommuting today and don’t have to drive so why not?  There were five deer in the forest outside my living room window.  I was enjoying the view until the German shorthaired pointers joined me.  They started barking and scared the deer away.  But before the fearless defenders of the castle did their job, I was watching the deer feeding.  Apparently, there are enough new shoots on trees and bushes for the deer to browse on.  Yesterday the mallards returned to the swamp and grazed on the plant life that has been available since the pond thawed out two weeks ago.  Camera Girl saw a turtle swimming around over the weekend and the sound of the spring peepers has been noticeable lately.  I put up that photo of the first garter snake and the first bluebird has made an appearance at the feeder.  So even though it looks like January 23rd outside my window I’m not fooled.  Sure, we could still get the April Fool’s Nor’easter this year and even have to break out the snow blower one last time before moving the lawn mower to the front of the shed.  But spring is busting out all over the place.  This is just the spiteful spirit of annoying New England and its contrarian position against anything normal and happy.  But it won’t win.  We just have to be a little more stubborn than the powers of death and dissolution.  There’s snow on the ground but Spring’s in the air. 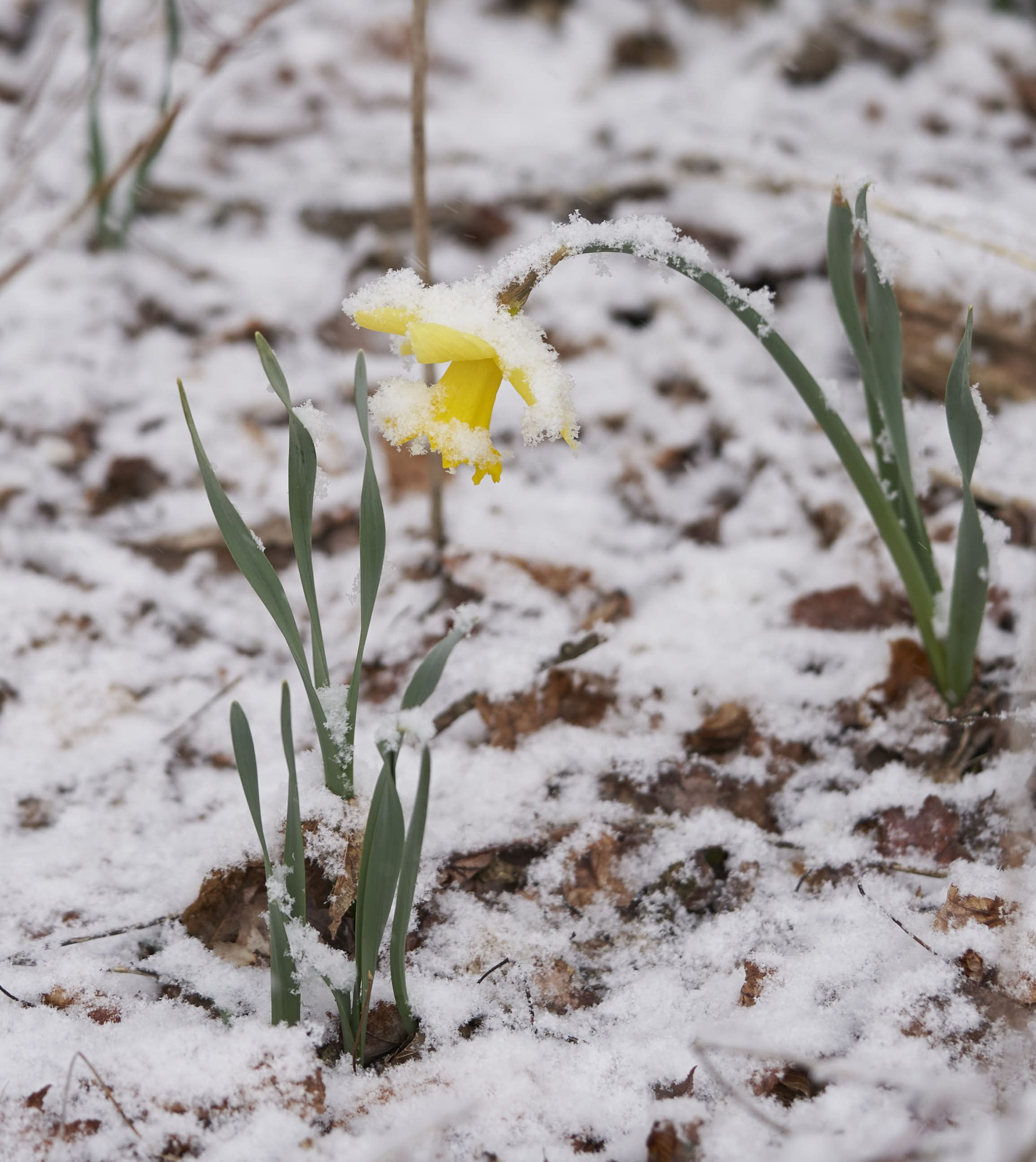