28MAR2021 – OCF Update – The Expedition to the Great Eastern Glacier

As you may know I am a climate heretic.  I not so much dismiss global warming as I cheer it on.  Living in the frozen hell of New England I look forward to the day when I may roam around my yard in early February in my speedo.  Unaccountably my neighbors aren’t as keen on my idea.

Be that as it may, the National Geographic Society contracted with me to fly aerial reconnaissance over the Great Eastern Glacier.  Since it is located in my front yard I agreed after the usual haggling over remuneration.  Here is that photo. 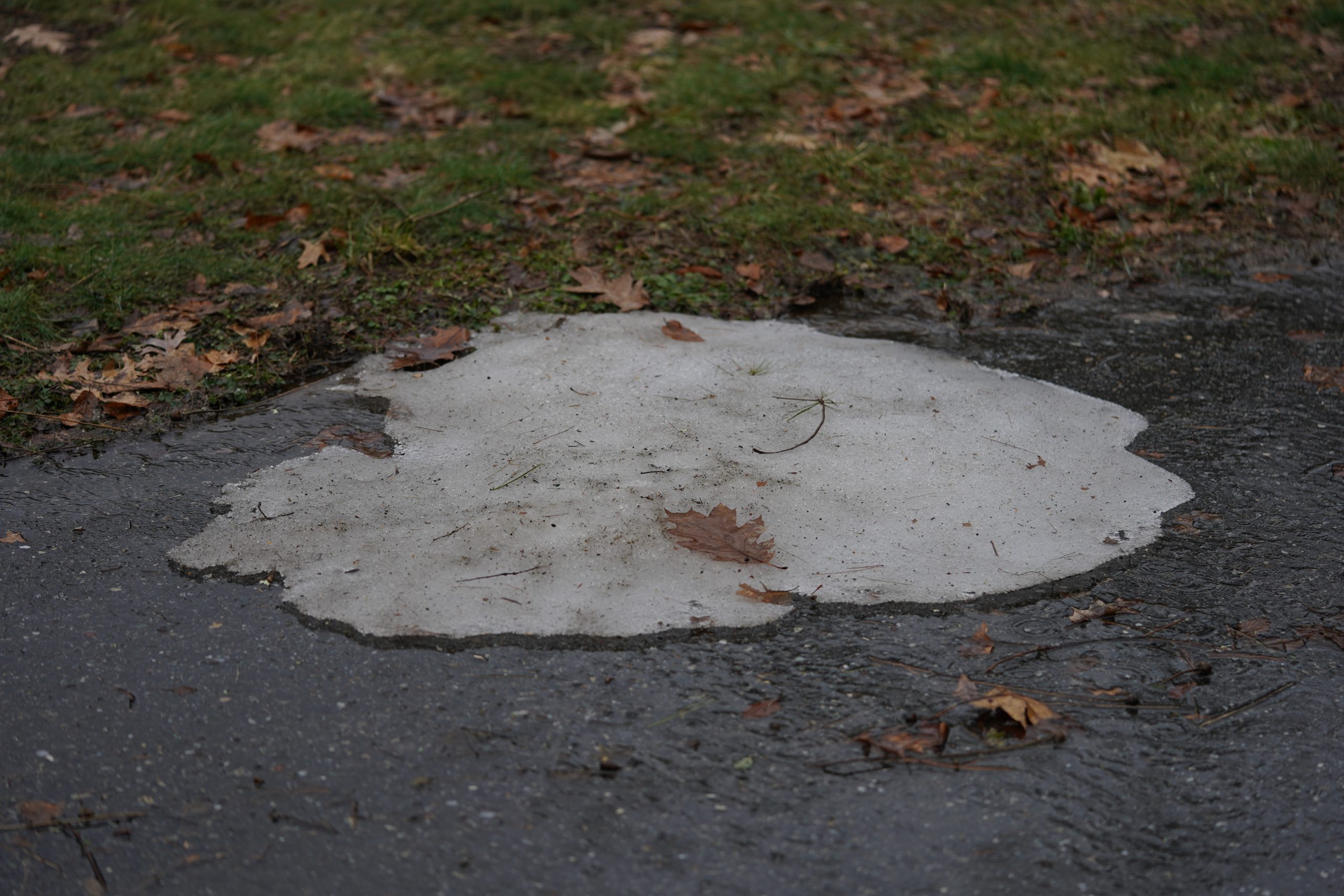 I marveled at its majesty and after landing on it and planting my flag I flew back to base.  Nature is truly humbling to behold.

Later I reconnoitered around the yard to see if anything was stirring.  During the week Camera Girl related running into the mallards on the pond and salamanders in her garden mulch but I saw none of these critters.  But in one of the gardens that my predecessor planted but that was swallowed up in the bramble area over time a few stray daffodils have already sprouted.

Whereas our planting is still getting started

And the reindeer moss is recovered from its winter funk.

So while I failed to witness the legendary mating ritual of the Southern New England Sasquatch that I had hoped to report on, nevertheless, much was achieved.  I was able to obtain measurements that prove categorically that the Great Eastern Glacier is certain to last for at least another 5,000 years.  Ice cores taken at a depth of 2.8 miles below the surface show that the legendary Kingdom of the Mole-Men has installed refrigeration equipment that will preclude any loss in glacial volume indefinitely.  Based on this data I am planning to construct a saw mill to provided cubed ice for the inhabitants of Papua New Guinea.  Since time immemorial the aboriginal highland inhabitants have been forced to drink their traditional summertime beverage mu-ba-bu at ambient temperature which in Papua New Guinea can be north of 110 degrees F.  Mu-ba-bu is a variety of fermented human brain fluid.  Predictably it has a very limited shelf life at ambient temperatures so access to really good cubed ice will be a revolution for the average Papua New Guinea house wife in regard to making the mu-ba-bu budget stretch.