Grumbles in the Time of Frostbite 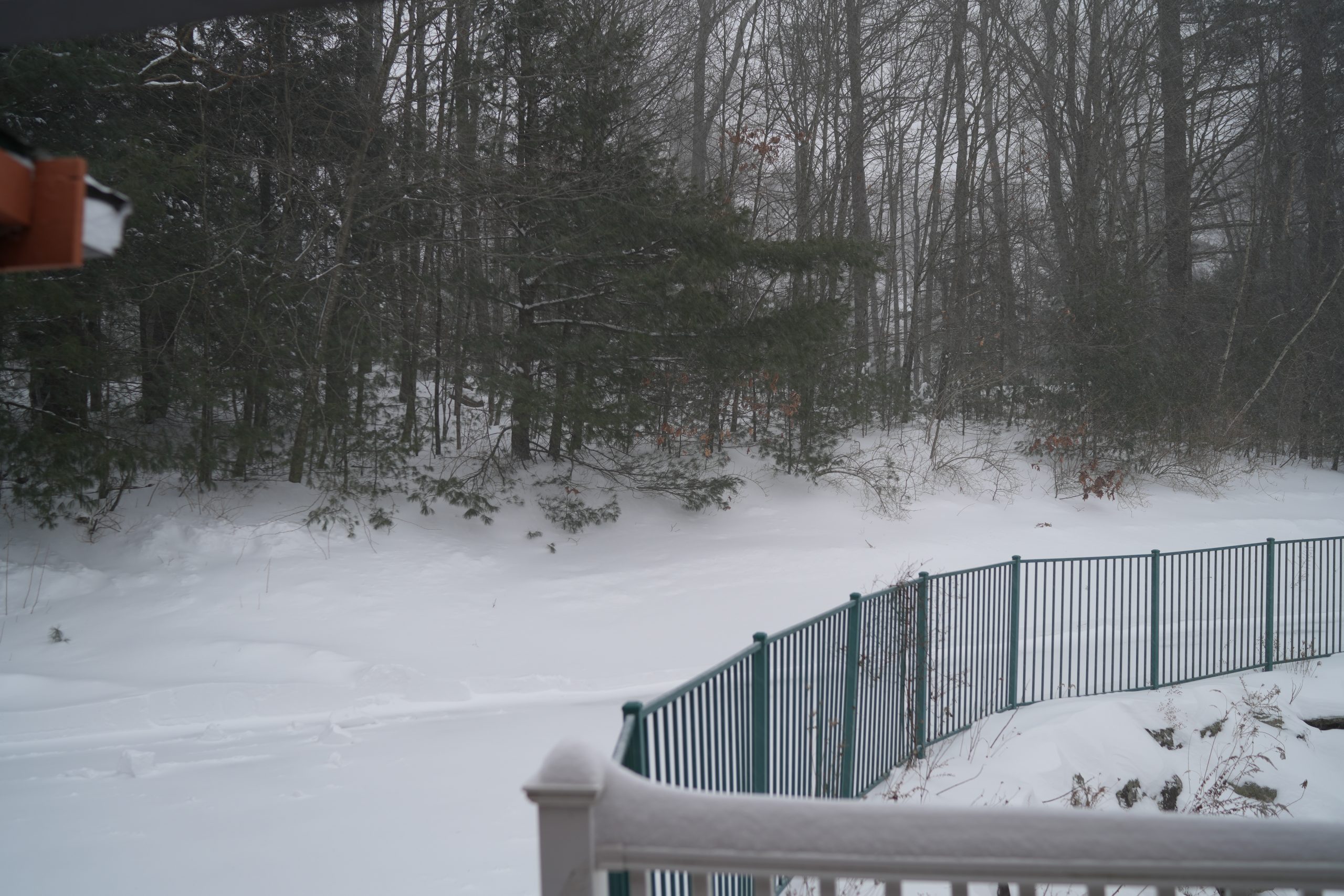 As the titular head of the household I announced that I was heading out to clear the snow.  Camera Girl goes through this act where she asks me if I want her to come out and help clear the snow.  The absurdity of this offer always exasperates me but I always assure her that I’ll have her shoveling snow over my dead body which I believe is her idea.

So after blowing the snow off the driveway for a couple of hours I noticed that my feet were pretty numb which was surprising.  It was in the mid-twenties when I went out and even though the wind was gale strength at times I assumed my face would have been more effected than my feet.  When I finshed the upper driveway I decided I better get inside for awhile.  Frostbite is a real thing around here.  Camera Girl informed me that the temperature had dropped quickly after I went out and it was currently twelve degrees.  And since the light would be gone in an hour I decided to call a halt to the snow work for the day.  But when I looked out at the driveway (see above) it already had a couple of new inches of snow on it.  This is the futility of living in New England.  Just as nature abhors a vcuum, winter around here abhors cleared pavement.  Tomorrow morning I’ll be out there again moving another four or five inches of the white death.  But I comfort myself with the knowledge that there won’t be any ice during this round of precipitation.  That is the saving grace when you reach February.  At least I hope so.

The articles I saw today were concentrated on two subjects.  The first group were all about how Dementia Joe getting to pick a diversity hire for Breyer’s seat on the Supreme Court would reboot his presidency and return him to FDR status.  Hah!

The second group were progressives trying to talk themselves off of the ledge about COVID.  They know that the COVID fascism has been the strongest reason for Dopey Joe’s fall from grace but they just can’t let go of the COVID security blanket.  It’s become a mental crutch that they don’t know how to drop.  There’s all this whining and breast beating about all the deaths and how it would be rewarding those evil anti-vaxers by living normally and treating COVID as just the common cold.  It looks like they’re starting to crack.  Even the COVID nazis in New England are noting that the ICU’s are far from full.  In March when the flu season is over they’re going to throw in the towel and expose their lower faces to the rays of sunlight.  Boy won’t that be something.  I hope they still remember how to smile.

I know it’s “unbridled entusiasm” talking but it’s just amazing how encouraging it is for absolutely everything to be going wrong for the Marxists at the same time.  And the most encouraging thing of all is the stability of Biden’s rock-bottom approval ratings.  These psychopaths seem to have finally alienated even the marching morons of the squishy middle.  And that’s something that might give us the chance to take back Washington for at least a few years.  And that could allow us to make some changes that limit the amount of control the Left has over us.

Okay, I’ve bridled my enthusiasm.  I’ve got some photo and quotation work to do now so I’ll end this here.  Enjoy the rest of the weekend.  Go Brandon!