The Silver Lining to the Hell We’re Going Through

Compared to the horrors of World War II something like the COVID-19 pandemic is trivial.  And compared to the dislocations of the Great Depressions some might think the slow-motion erosion of wealth in the United States over the last fifty years is easier to escape.  I won’t dispute these judgements.  But nothing this country has endured previously has ever destroyed the morale of its people the way the ascendant cultural Marxist attacks on the identity of traditional Americans has.  The combined power and reach of the educational, cultural, commercial, legal, financial and informational institutions have combined to demean and harm anyone who doesn’t grovel before the perverse and dishonest narrative that the Left compels everyone to acknowledge as truth.

And even though we are starting to fight back, the battle is so lopsidedly in their favor that we will continue to lose the majority of battles for the foreseeable future.  They own all of the high ground.  We barely have some bunkers in no-man’s land.  They will continue to punish with impunity anyone who defies them in any meaningful way.

But what they’ve lost is credibility.  No one sane believes what they are saying anymore.

I never really thought deeply about the biblical quote “The truth shall set you free.”  As a child I thought it was a trap to get me to ‘fess up when I had done something wrong.  Well, that had more to say about my questionable morals than about scripture.

But now I understand.  The truth shall set you free is another way of saying “I was blind but now I see.”  When we base our actions on inaccurate information, we may fail to escape from the problems that those lies are propagating.  Knowing the truth sets you free from the circle of failure that lies perpetuate.  An example from my life was finally realizing that the Republican establishment wasn’t trying to defend conservative life.  Once I saw that truth everything that had been puzzling about the political situation in the United States made perfect sense.  Suddenly I saw that some whom I had assumed were friends were really enemies and some whom I assumed were crazy turned out to be sane and actually wise.

Now, in the last five or six years the Trump revolution has turbo-charged the Left into a manic assault on all things normal.  All the masks have dropped off and all on the Left have shown their true colors.  And there is the silver lining.  Even the dense and even the stupid can now see clearly that the Left is openly attacking normalcy with the intention of replacing it completely with perversion, dysfunction and madness.

This clarity finally makes it possible to stop losing ground and slowly make progress.  Even starting from bunkers in no-man’s land we can begin to improve our positions and reclaim territory.  And most importantly we can organize friends and shun our enemies.  Both are important.  Helping friends is critical when we are so weak and disorganized.  But as we get better organized and bigger, we can start to do damage to our enemies.  Losing our business will begin to hurt our enemies more and more as time goes on.

So, there’s the silver lining.  The truth shall set us free.  And from my point of view, it already has.

The Brits Have Finally Awakened. Boris is Ending the Mask Mandate and Vax Passports

That boob Boris must have figured out that his constituency was getting ready to kick him out of office.  All I can say is, it’s about bloody time for him to have woken up.  Now if only that other boob Dementia Joe would smell the coffee we could start to get our lives back.

Thanks to the MaddMedic for the Links the Last Few Days

MaddMedic who runs the “FREEDOM IS JUST ANOTHER WORD…: blog and news aggregation site, linked up a couple of my posts over the last few days.

Thanks Medic for the visibility.  I’m always glad to have more viewers visit the site.

And I’ll take the opportunity to ask anyone who likes the content here to pass it along and add us to any blog rolls that might help us get seen by people who would enjoy the content here. 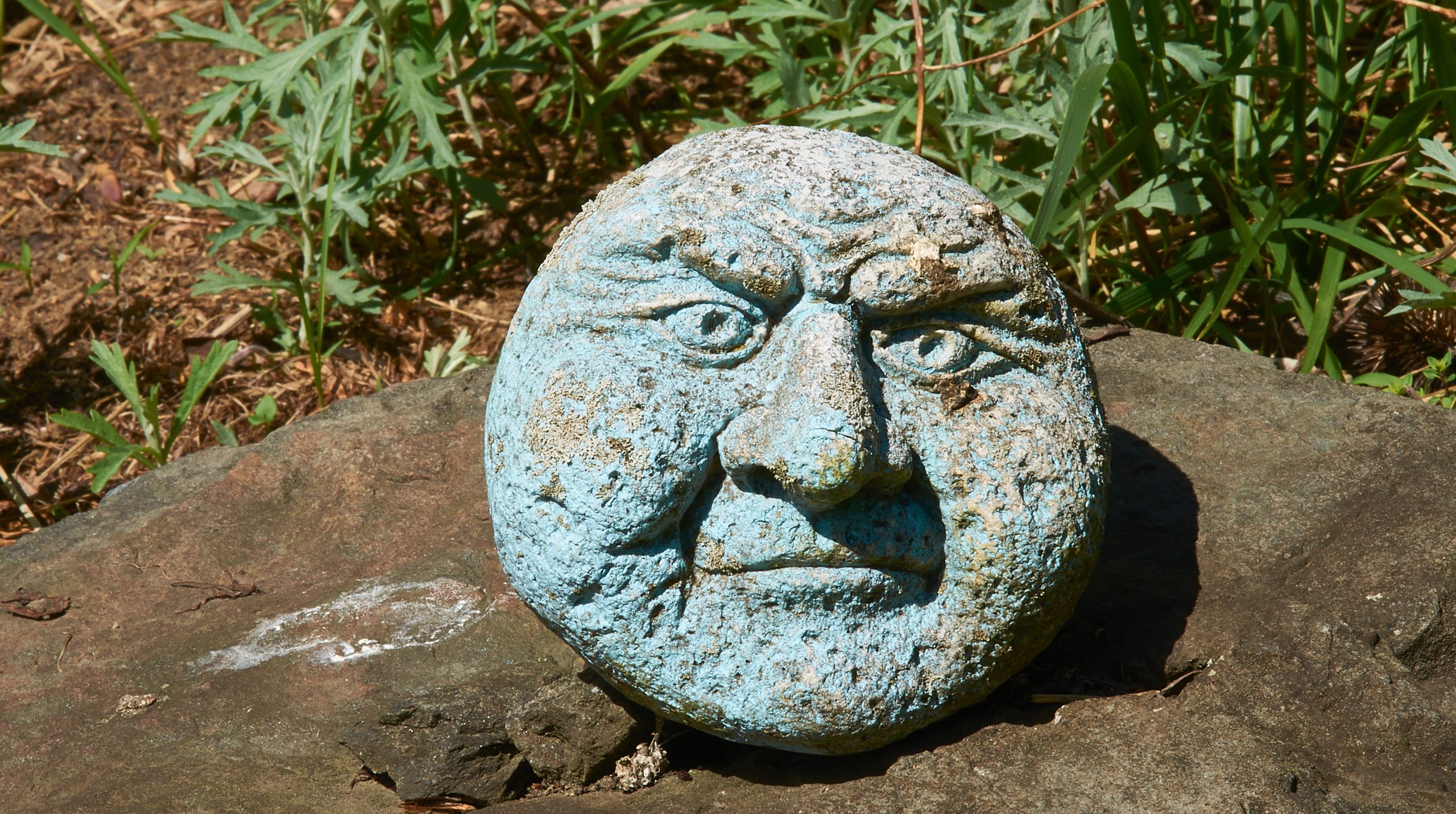 Maybe the Stupid Party Has Finally Learned Something

This week the Senate will be debating the plan to eliminate the filibuster.  And this was preceded by Dementia Joe’s inflammatory belch of noxious fumes called a speech in Atlanta.  In that speech he resurrected Jim Crow and Bull Connor in front of a crowd of black college students who have grandparents who barely remember what those terms refer to.

This law that would enshrine voter fraud in America is being presented as the only way to save us from Ku Klux Klansmen riding horses through our towns and burning crosses on the White House lawn.  And normally all that jazz would scare the likes of Mitch McConnell and Mitt Romney into subservient obedience.  But it hasn’t.  In fact, it hasn’t even scared two Democrat senators, Sinema and Manchin, into knuckling under.  Arizona and West Virginia aren’t blue states.  Their constituencies aren’t rallying around the MLK Day blackmail plot.  They literally don’t believe the nonsense being spouted and have no desire to force their senators to back it either.

Is it possible that the Stupid Party has learned something?  Can it be that those cowardly imbeciles that run the GOP have gotten it through their thick skulls that people of normal intelligence do not trust the mainstream media and after 2020 certainly don’t trust Joe Biden and the Democrats to protect voting integrity?  The answer may be yes.

My explanation for why idiots could be smartening up is that it’s now plain even to idiots that the country is revolting against the gaslighting they’ve been enduring since the George Floyd riots began.  Even the stupidest people can’t ignore the reality of a mob burning down their downtown area.  And if you can see the truth and at the same time hear the lies from CNN and MSNBC and the three networks then even an idiot will figure out that he is being lied to.

So finally, we’ve reached a place where even total morons can effectively represent us in Congress at least for the moment.  The question is have they gotten any less stupid or is this just the lowest common denominator of political response, the equivalent of having a pulse.  My guess is they’re still just as stupid as ever but their opponents have been forced in the last couple of years to do insane things and that showcases the superiority of the stupid over the insane.  The insane will burn down their own cities.  The stupid will limit themselves to applauding the burning.  Admittedly it’s not a great advantage but enough to help them win the day.  And our party will always be the stupid party.  What we have to hope is that we will recognize a smart and courageous man if he appears and put him in a position to lead the stupid party by the nose to do some good despite themselves.

This year, if we’re lucky, will see the Democrats frustrated in their attempt to change the narrative away from their long list of failures.  If they lose the Senate along with the House, the GOP can limit the damage that Biden can do.  They can even shut down the judicial appointments he might otherwise make.  And who knows, maybe they’ll decide to impeach him over the Hunter Biden scandals.  Hey, that would be fun.  Maybe they’re smart enough to do that.

Another Lib Journalist Wakes Up

This time it’s a journalist at Canada’s CBC named Tara Henley who couldn’t stand the dishonesty any longer.  When leftists can’t take the cognitive dissonance you know we’re close to the tipping point.  Of course I also find myself thinking, “It’s too bad you couldn’t see that this was the logical outcome of the nonsense you believe in.  But it’s not like I think these are reliable allies anyway.  These are just canaries in the coal mine showing that the Left has poisoned their own environment beyond what even their own partisans are willing to ignore.  It’s just the slightly less insane rats abandoning ship.

I bought this album seven years ago and then didn’t listen to it until last year for reasons that I haven’t been able to remember.  And when I did, I just added it to a large rotation of music tracks so that I never even noticed that the songs were by someone new.  But today I played the album and said, “Hey I love this stuff!”  So, I looked him up and found out his genre is considered “Americana.”  I figure that means he doesn’t want to be called a country music singer because he’s a lefty and there’s more street cred with the hippies if you say you’re an Americana artist.  Well since I couldn’t find any offensive lefty stuff on his website, I haven’t cast him into the outer darkness.

This guy writes most of his own stuff and it’s good.  Stylistically, it’s all over the map.  There’s blues, country, rock and roll, folk and a mixture of acoustic and electric instruments.  He’s got sad songs and laments, comic songs and tales of the musician life.  It’s really hard to pigeon hole him.  His voice is a little ragged but definitely interesting.

He’s definitely not mainstream commercial country which for me is kind of a good thing.  I’m going to have to get some of his other albums.  I recommend this one for country music fans.  Whether he’s filthy hippie or not is an open question.  I’ll have to do more research.

So we hit the jackpot today.  Four inches of snow followed by a half inch of rain overnight.  That makes the slop as heavy as possible and plus you’re standing in freezing water.  But I meant every bad thing I said about Gaia and don’t take anything back.  I’ll clean up this slop and be back with my shoulder to the wheel of OCF as soon a possible.

As an aside, I watched Dementia Joe’s speech down in Atlanta.  He really is a lying moron.  But his voters are right there at his level of dishonesty and stupidity.  So his strategy is probably sound such as it is.  Problem for him is the polls show the number of voters on his side has shrunk quite a bit.  Sucks being him.