I tuned into a few minutes of the second night of the Second Democrat Primary Debate so my impressions are based on the topic under discussion at that point.  But I’m sure the rest of it was much the same.  I would describe it as something like what you would see and hear if a tornado ripped through an insane asylum.  Everywhere you look a virtual kaleidoscope of lunatics would be whizzing by.  The rules seem to limit each speech to something like eleven seconds but staccato rebuttals can go on endlessly.  And the top lunatic, based on face time seemed to be Kamala Harris.  My strongest impression of Harris is that no matter what she is talking about she is always on the verge of bursting into tears.  Her voice is almost choked with emotion regardless of whether she is emoting about the uninsured poor or bragging about Cathy Sebelius endorsing her health plan or demanding another rebuttal.  She’s like the emotionally unstable little sister in a family that gets her way because her parents are afraid to ever say no to her.  They fear that if she didn’t get her way, she’d shake herself to pieces through nervous fragility.  Kamala really is the poster child for the Progressive Left.  She’s wound up tighter than a spring but all of this nervous energy is just overwrought emotion.  There’s nothing else there.

It’s funny how surrounded by this crowd Joe Biden truly is the voice of sanity.  Now, granted, it is a dishonest voice.  But we’re used to plain old lying from Democrats.  It’s just that juxtaposed against Harris, DeBlasio, Booker and Gillibrand, Creepy Uncle Joe seems like a normal guy because he isn’t speaking gibberish.

Based on the audience response and the way the moderators are according rebuttal time Creepy Joe is basically on trial.  He’s being tag teamed like a pinata surrounded by a fifth-grade class.  And he was starting to seem a little raggedy from the pounding.  My guess is that tomorrow he’ll be announced the big loser of the night and Spartacus will be the flavor of the week.  And snap polls will show Creepy Joe   down to low single digit leads over the second tier of Bernie and Fauxcahontas.  But that seems like a replay of the first debate.  I’m still betting that a week from now Joe will start heading back up to 30% and the rest of the clown parade will be half of that or much less.

Now when this race gets down to a six-way horse race maybe one of that second tier will break loose.  But right now, it’s just a melee of maniacs shouting out nutty stuff that costs tens of trillions of dollars and hoping to last another week.  Joe just has to put up with the abuse until the crowd shrinks down to the point where accountability prevents gibberish from being acceptable.

Hail to you Creepy Pinata Joe.  Long may you be pummeled by CNN and the Clown Parade.  Keep your head above water for a few more months and you’ll get to be the nominee and before you’re eviscerated by President Trump, you’ll get to stuff a billion dollars into your campaign war chest and ride off into the sunset like the Clintons.

The coming peril is the intellectual, educational, psychological and artistic overproduction, which, equally with economic overproduction, threatens the well-being of contemporary civilisation. People are inundated, blinded, deafened, and mentally paralysed by a flood of vulgar and tasteless externals, leaving them no time for leisure, thought, or creation from within themselves.

Telly Savalas plays Erich Streator the newly married husband of Annabelle and stepfather of eight-year-old Christie.  Based on some dialog Annabelle tells us that Erich is bitter because for some reason he and Annabelle can’t have children of their own and so he is resentful and unfriendly toward Christie.  But actually, he didn’t seem that bad initially.  I just think he was peeved because Annabelle bought the extravagant present (the doll) for Christie.

Erich becomes extremely agitated as the doll ramps up the comments moving on to, “I hate you,” and finally “I’m going to kill you.”  At first, he accuses Annabelle of hiding a walkie-talkie in the doll and making the comments herself.  But eventually when the doll calls him on the telephone (somehow!) he realizes that the doll is basically alive.  He then goes into his workshop and tries to destroy it by sticking its head in a vise, burning it with a blowtorch and decapitating it with a table saw.  But no luck.

Finally, he gives the doll back to Christie and hopes things will end but when they’re alone together Talky Tina tells him, “I don’t forgive you.”

After the family goes to bed Erich can hear the mechanical sound of Tina’s mechanism outside his bedroom.  He goes into Christie’s room but the doll is gone.  While walking on the stairs he trips over Talky Tina and falls to his death.  As he is expiring Tina rolls next to his face and is the last thing he sees in life.

Annabelle comes running down the stairs to Erich and when she notices the doll, she picks it up and it says to her, “My name is Talky Tina and you had better be nice to me.”

This is an iconic episode.  It’s probably responsible for all the Chucky movies and a lot of even less good stuff.

But put that aside.

What we’re up against once again is photog’s First Law of the Twilight Zone; no robots, mannequins, ventriloquist dummies, dolls or other inanimate objects that think they’re alive.  So that’s one strike.

Secondly, Talky Tina is a twerp.  She richly deserved everything Erich attempted to do to her.

Thirdly, let’s look at the whole Erich as bad husband and stepdad thing.  What woman in her right mind marries Telly Savalas thinking he’s going to be Ward Cleaver?  This is the biggest psycho in the Dirty Dozen crew.  She must have been crazy herself.

And finally, I feel cheated.  Erich has the table saw sparking away against Tina’s neck and nothing happens, not even a scratch.  This is highly unfair.  The only way this episode could have redeemed itself would have been for the soul of dead Erich to be transferred to a little bald Evil Erich doll and it had been allowed to harass Talky Tina for all eternity using his famous tag line from Kojak, “Who loves ya, baby?”

President Trump Agrees with My Opinion

Although I’ve been kind of hoping that the psychos will carry the day and give us Democrat Candidate Spartacus or Candidate Mayor Pete I’ve gone on record saying I think Creepy Uncle Joe will be the candidate.  Apparently President Trump agrees.  Great minds think alike.

But I’ll bet he also would like to face off against the wackier choices.  Who could resist that kind of fun?

Tolerance is the virtue of people who do not believe in anything. 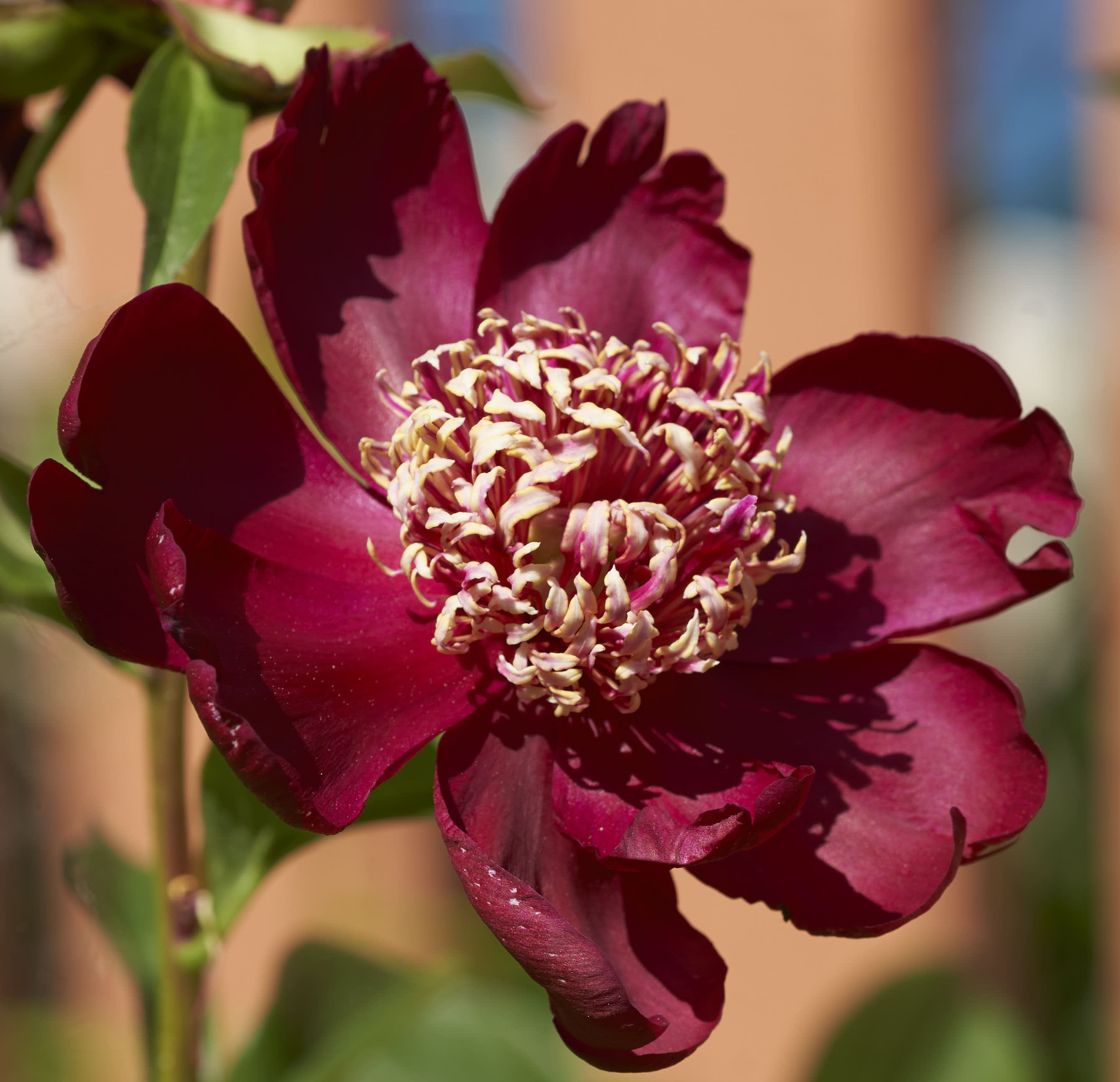 The ZMan Has an Excellent Post Comparing Ancient Rome to Us

The ZMan is one of my favorite bad thinkers.  Even if I disagree with his conclusions sometimes he is always entertaining and thought provoking.  Here he looks at the civic nationalism of  a loyal roman general and that of Kris Kobach who is running for the Senate in Kansas.  A good read.

Mickey Rooney plays Michael Grady, a crooked jockey who has just been given a life long suspension by the Racing Commission.  Grady is an angry, bitter little man who feels he’s been given a bad deal by life and everyone he’s ever met.  Sitting in a cheap hotel room he rails against life, when suddenly he hears a voice laughing at him.  After bickering with the hidden voice, he finds out it’s his alter ego, his conscience talking to him from inside his head and, when he looks there, from inside any mirror in sight.  The reflection in the mirror is a more sophisticated, less disheveled version of Grady and he takes his more corporeal self to task for his shabby life of crime and dishonor.  But finally, when he’s through mocking him he asks Grady to tell him his greatest desire, his secret wish.  Grady tells him he wants to be big.  He wants to be tall.  He wants to be able to walk down the street without people looking down on him and laughing.

Grady goes to sleep and when he wakes up, he’s about eight feet tall.  Now he’s ecstatic and plans all the things he’s never been able to do and all the girls who won’t disrespect him for his short stature.  And he asks his conscience if he’s impressed with him now.  But the reflection tells him that he’s not impressed.  He thinks Grady’s dreams were tiny.  He said if he had asked to win the Kentucky Derby honestly or done some heroic deed then he would have been a big man but as things stand, he considers Grady a very small man indeed.

Then a phone call comes through from the Racing Commission telling Grady he’s been reinstated.  Grady is once again ecstatic and gloats to the mirror how everything is going his way.  But now the alter ego is hysterical with laughter and finally Grady realizes the joke.  He’s too big to ever ride as a jockey again.  And suddenly he grows even taller.  Now he must be twelve feet tall and he falls into a desperate rage and breaks up the furniture and smashes the windows begging his alter ego to make him small again.

This episode has a number of plot elements alike with an earlier episode, Season 2 Episode 3, “Nervous Man in a Four Dollar Room.”  In both episodes an alter ego carries on a dialog through a mirror with his flesh and blood self.  In both cases that self is a disreputable man in a fleabag hotel room who has let his life fall apart.  But the difference between the plots is that the earlier one has a happy ending and this one doesn’t.  Here the alter ego while much more powerful than the one in Nervous Man doesn’t take over control of his body and straighten things out.  Instead he punishes his weak, selfish other half by giving him what he says he wants but in spades.  He makes him a giant that will be just as miserably isolated from life as his short stature previously made him.

This is an odd episode to evaluate.  Standing on its own it is an interesting premise and Mickey Rooney does a good job of breathing life into the dual roles.  But knowing what was done with Nervous Man makes me dissatisfied with the ending.  It’s spiteful and somehow seems too extreme.  Maybe I’m too soft-hearted.  B-

I have known many happy marriages, but never a compatible one. The whole aim of marriage is to fight through and survive the instant when incompatibility becomes unquestionable. For a man and a woman, as such, are incompatible.