Carnival of Souls (1962) – A Science Fiction and Fantasy Movie Review

The “Carnival of Souls” is a low budget horror movie that consists of the life of a woman named Mary Henry after she is in a car accident.  She and two other women crash their car off a bridge into a river.  The car disappears into the muddy river and is given up for lost but after three hours Mary Henry crawls out of the water and claims that she has no memory of the crash or her escape.  She decides to take a job out of state as a church organist in a town next to the Great Salt Lake in Utah.  Along the way she is haunted by the apparition of a man who looks like the animated corpse of a drowning victim.  She is strangely attracted to an abandoned pavilion on the lakefront that had served as a carnival at one point.  Her interactions with her minister employer, her landlady and the neighbor who attempts to interest her romantically are awkward and extremely detached on her part.  And several times during her first few days in the new town she suddenly finds herself detached from the world around her.  Specifically, no one seems able to see or hear her.  Also, she cannot hear any sounds from her surroundings.  Eventually she starts seeing visions of dead people rising out of the lake and dancing in the pavilion.  These visions cause her to lose her job when the minister senses her morbid soul in her organ music.  She turns to the young neighbor to try and ground her in reality but even his clumsy advances cannot spark any strong response from her.  Eventually she is drawn to the pavilion and the drowned dead.  She watches them dancing in the pavilion ballroom and finally they come so close to her that she panics and runs away.  But they chase her onto the beach and finally catch her when she stumbles on the sand.  They surround her and the scene changes to the next morning where a search party including the minister and a policeman look at some footprints on the sand and nothing more.  She has completely vanished leaving just her car.  In the next scene we are back in her home town and the crashed car has finally been located in the river and the bodies of the two women and Mary Henry are all in the car (and strangely not decomposed after all the time under water).  The End.

There are a lot of things wrong with this movie.  It was made on a very low budget without professional actors and it shows.  I guess it would be called cinema verité.  But the amateurish quality of the cinematography and the flat recital of the lines makes you wonder why you would watch such a cheesy offering.  But the nature of the scene at the end of the movie with the dance of the drowned corpses is the very essence of horror.  It is almost iconic and I think it has inspired some later works that are recognized as successful, specifically I think the haunted house in Stephen King’s “The Shining” owes something to this movie.  And there is at least one episode of the Twilight Zone that seems to borrow heavily from this story.

So, there you have it.  This is a cheesy amateurish film from 1962 that also contains an image that I think is authentically evocative of what we call horror in film.  You’ll have to decide if that makes it worth seeing. 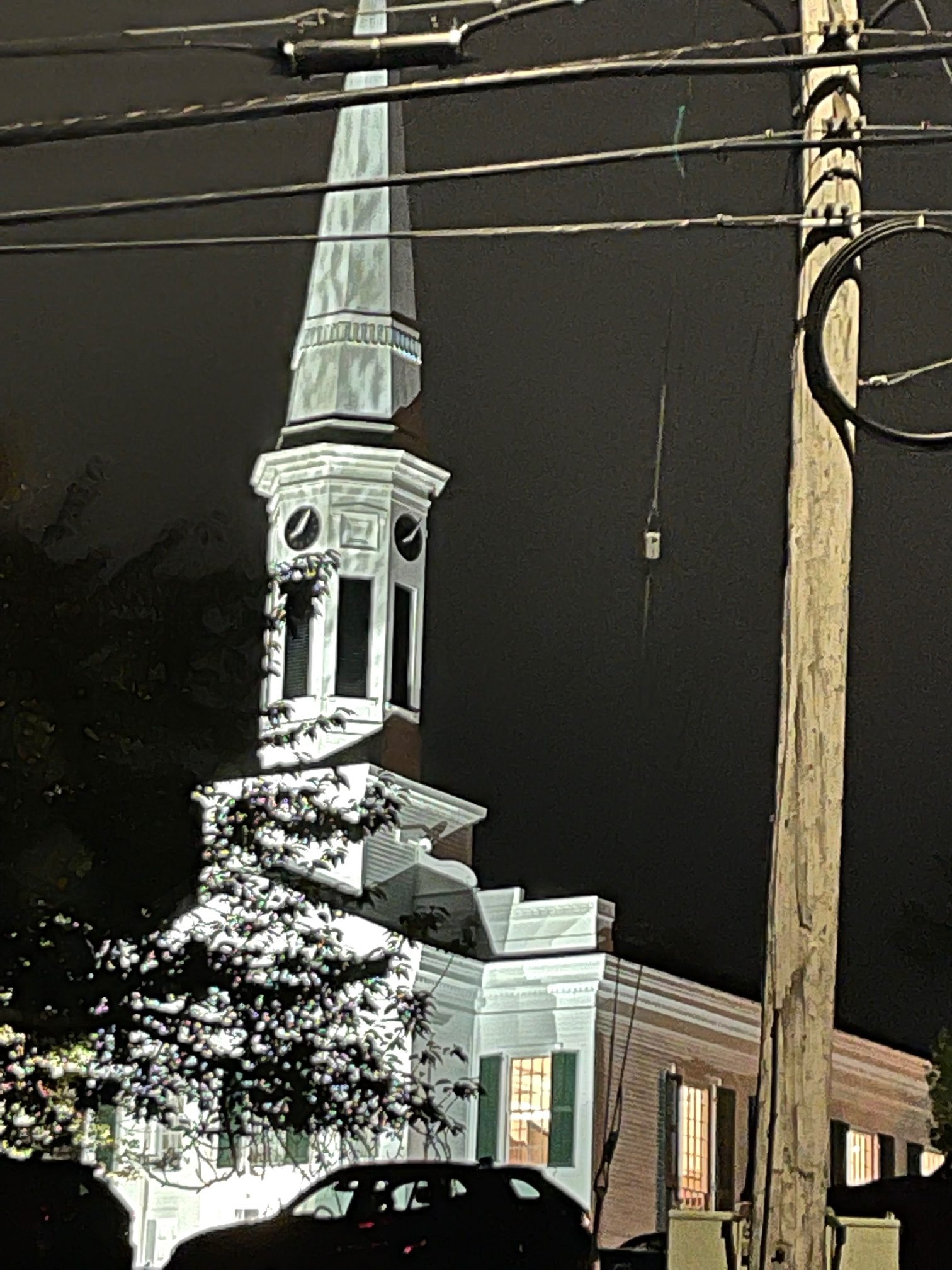 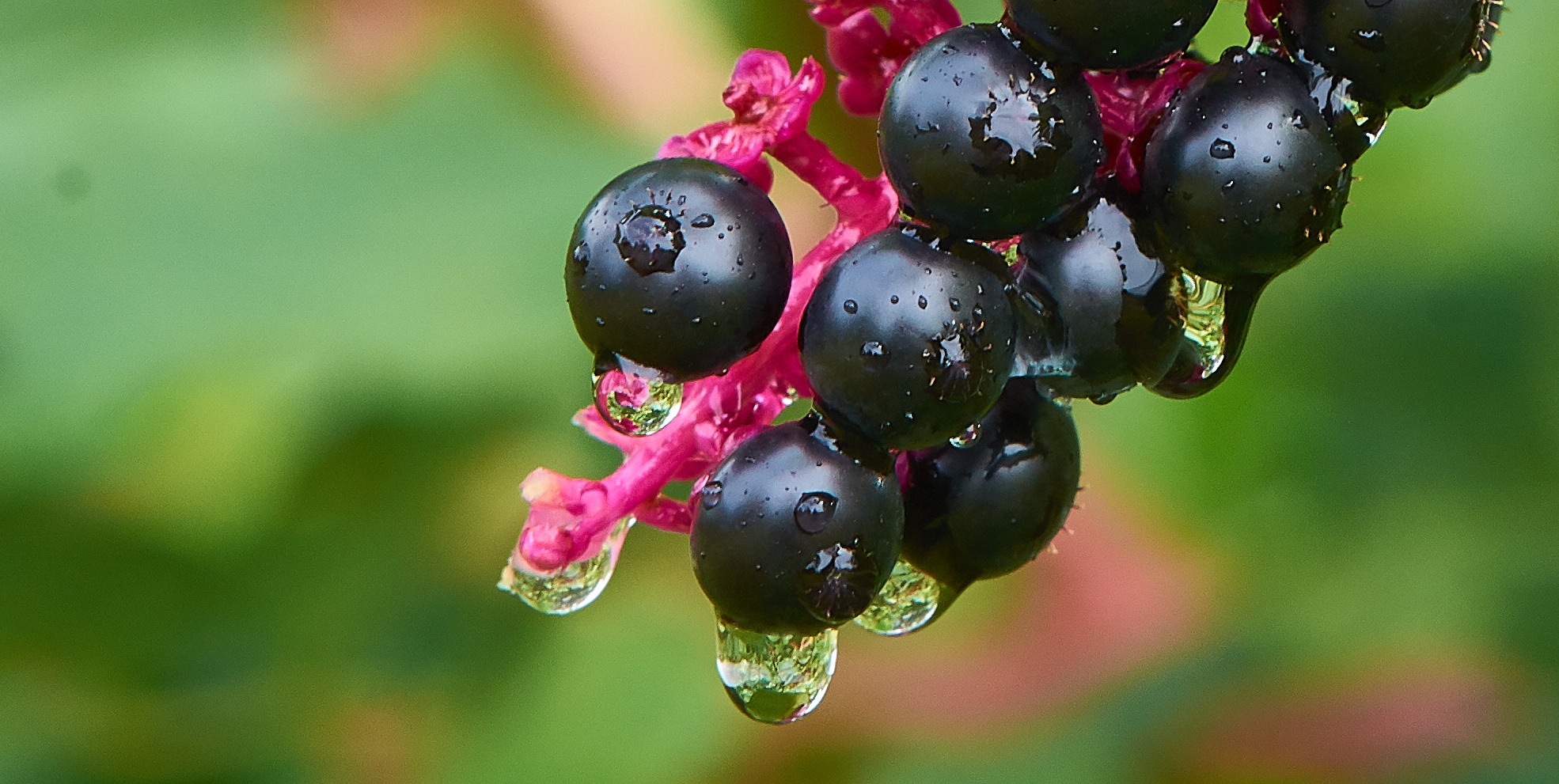 Nothing is great but truth, and the smallest truth is great. The other day I had a thought, which I put like this: Even a harmful truth is useful, for it can be harmful only for the moment and will lead to other truths, which must always become useful, very much so. Conversely, even a useful error is harmful, for it can be useful only for the moment, enticing us into other errors, which become more and more harmful.

I’m starting to feel like a broken record praising this guy but he’s not taking no for an answer in pushing for a shield against Floridians losing their jobs over refusing the vaccine.  Here he is calling the Florida legislature into special session to enact laws to prevent mandates from taking away the jobs of those who refuse to be vaccinated.

At this rate I expect him to issue a warrant to have Dementia Joe hauled down to Florida and prosecuted for mopery and dopery and eventually forced to pick up trash on roadsides with that stick with the spike at the end in an orange jump suit.

Well, anyway, it’s good to see there’s at least one politician who isn’t going to just sit there and let Washington treat us like slaves without at least putting up a fight.

I was on a zoom call with a couple of friends who live in central Massachusetts and they were telling me that the pot business is a howling success.  There are billboards on all the state highways.  The “dispensaries” as the pot shops are known are doing a land office business.  And we discussed how exactly the “growers” managed to protect their crop.  The theory was that although there were probably some crops outdoors, hidden from the view of the populace, mostly the stuff is being grown in locked greenhouses.  And we assumed this means that the “farmers” must have fairly robust security and probably a few guns thrown in for good measure.  One of the guys said that the biggest problem that’s become apparent is that the stuff being sold today is many times more potent than the stuff that used to be sold before legalization.  He mentioned THC levels that were near 90%.  And the upshot of this is psychological symptoms among the users are much worse and much more prevalent than in the past.  Anxiety and paranoia manifest at levels that render the users incapable of normal life.  They can’t keep a job or maintain relationships.

And it just struck me that here is a blue state policy to contrast with their alleged commitment to safety on the COVID front.  They’ll force you to be vaccinated and wear a mask against your will supposedly for your own good but they’ll allow a practice that they know is a mental and physical health threat and also a public safety hazard from the consideration of people driving under the influence and walking among us in a mentally unbalanced state.  In addition, since the FDA still considers marijuana illegal, they won’t get involved in regulating the safety of the pot that’s being sold and so any terrible mistake involving pesticides or other toxins finding its way into the drug cannot be prevented or adjudicated.

So here is the double standard.  They get to decide when freedom is important and when it’s not.  Freedom for me but not for thee.  But this definitely opens up the model for how the red states can change things in their favor.  Pick and choose the places where they will obey or defy federal law.  As an example, Texas needs to close their border with Mexico.  They should build their own wall a mile inside the federal wall.  They should arrest all illegal aliens and jail them until they agree to leave the country and if they come back make their next stay in jail very uncomfortable.  They should force all employers to obey immigration laws under the penalty of massive fines.  If the federal government squawks flip them the bird and continue on with real life.  And there are other things that make sense.  Welfare needs to be tightened up to the point where those who refuse to work should be so hard-up that they decide to leave and go to a blue state like California on their own.  Hell, that could be part of the policy to offer them bus or plane tickets to the blue state of their choice.

So that was what I was thinking about today.  Instead of freedom for thee but not for me let’s make it you live your life your way and I’ll live my life mine.

Possibly we’ve reached the tipping point where even the most rabid supporters of the leftist narrative have thrown in the towel and admitted the emperor has no clothes, or brain for that matter.  Saturday Night Live performed a skit where a doddering, incoherent Biden meets his self from eight years ago and the world can see what he’s lost in those eight years, namely his brain.  I guess it’s possible that they don’t mean any harm to Team Biden but there are plenty of digs.  At one point the earlier Biden says to his current self, “I’m a lot like you only lucid.”  They even have a shot of one Biden sniffing the other guy’s head.  This doesn’t exactly seem like the kind of treatment that a popular Democrat president gets from the SNL team.  Seems more like Joe being declared DOA and the corpse getting thrown to the wolves.

Hard to say for sure, but I think it’s sinking in that the White House and the rest of this administration is “not ready for prime time.”  If the price of oil continues on its present course and the price of necessities continues to skyrocket if they are even available at all I can see Biden reaching Jimmy Carter territory very soon.

Of course, the Republicans are useless and so it’s up to the Democrats to keep shooting themselves in the foot but the way things are going I could believe they really will screw things up badly to give even the stupid party a chance to capitalize on what’s going wrong in the country.  It really is amazing to see what a mess they’ve made of the economy.  Stagflation wasn’t a word I ever expected to hear again but low and behold the economy is in the tank and inflation is out of control.

So hurrah for Dementia Joe, or Let’s Go Brandon or Jet Pack Joe or Beavis or whatever current mockery the American people think up next.  Once people are sure Biden is a vegetable and he can’t fix the problems that he has spawned they will be forced to think of how they can get themselves out of this mess.  At that point maybe someone intelligent from our side might be able to show some leadership and persuade the country we need to start doing things differently.  If not, then we are good and truly doomed and each of us needs to figure out Plan B. 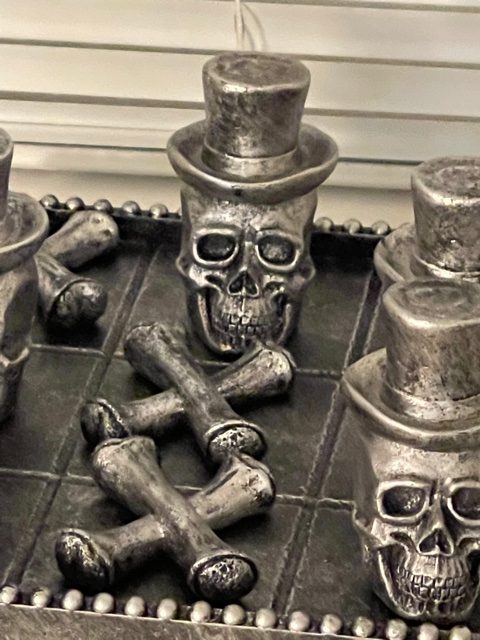 Nowhere would anyone grant that science and poetry can be united. They forgot that science arose from poetry, and failed to see that a change of times might beneficently reunite the two as friends, at a higher level and to mutual advantage. 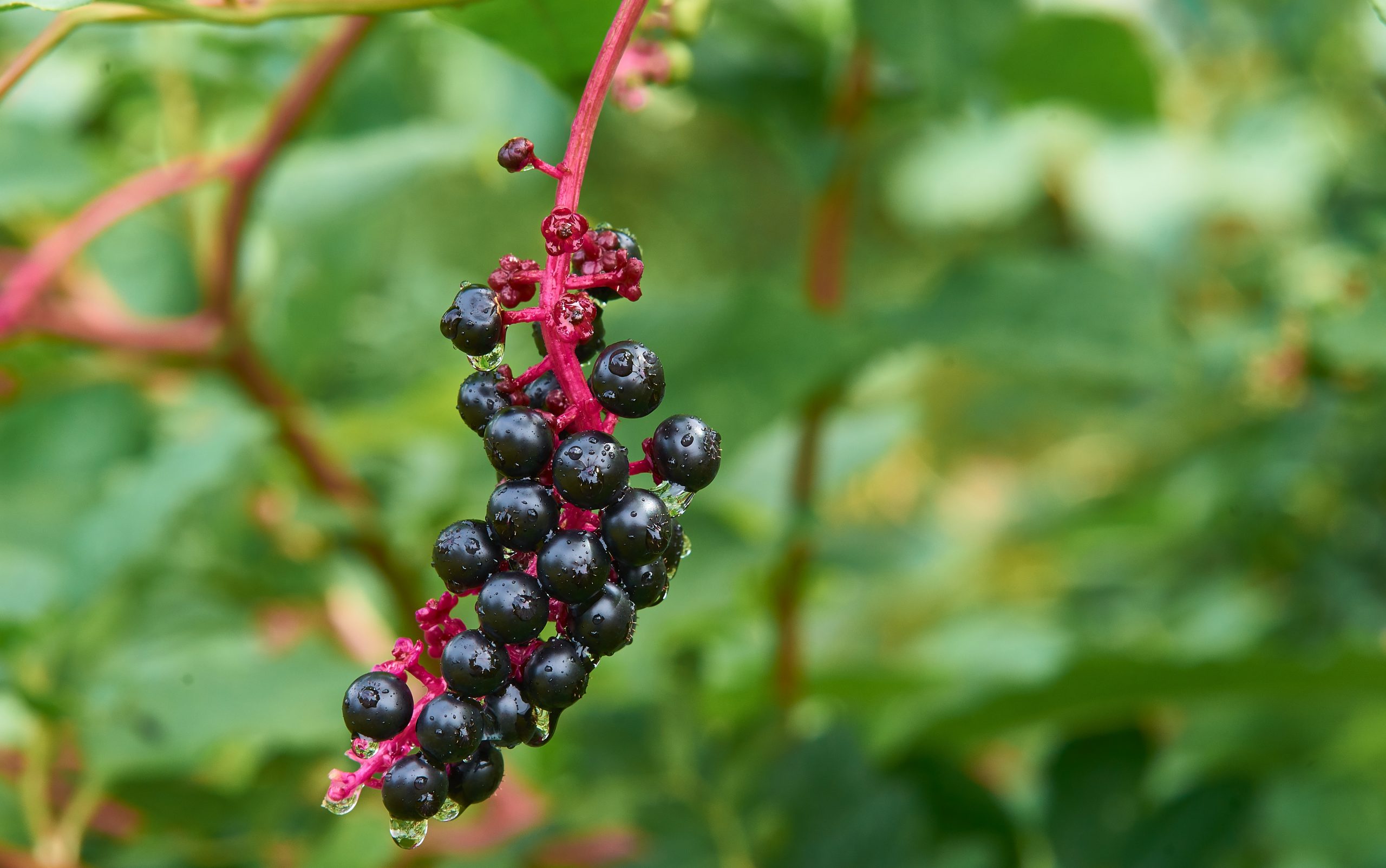