From Michelangelo’s painting of the Sistine Chapel: “The Damned” A man at the moment he releazes that he has chosen the wrong course and is damned for eternity.

Have fun, Mr. Brooks and don’t let the door hit you in the butt on the way down.

Speaking of lenses, we were talking about lenses, weren’t we? Ahh, I thought so—-

Anyway, back in the days of my Sony A mount cameras, one of my most productive lenses in terms of the real “keeper” shots that it produced was a Sony G series 70-300. It was pretty slow with a maximum variable aperture of f3.5-5.6, but that didn’t matter much because I used it almost exclusively outdoors with lots of light.

What did matter is that it was extremely sharp and had a great bokeh (that soft blur in the out of focus areas of the picture). Any time I would be looking through my pictures of that time frame and saw one that I thought was particularly good, the EXIF date would show that was the 70-300 lens on a percentage of the GOOD shots that far exceeded the percentage of the time I used it.

I got into the E mount Sony era in 2017 with a A7RII and added a A7III to it about year and a half later. While I was building a E mount lens collection, I bought a Sony LA-EA 4 lens adaptor to mount A type lenses to E type bodies so that I could use my old lenses.

The adaptor worked to a certain extent to tie the 70-300 to those bodied but the auto focus was sluggish and not as accurate. The lens fell out of use and was used a time or two a year and yielding acceptable but not stellar results.

I recently sold both the older Sony cameras and bought the latest Sony A7IV. When I tried my LE-AH 4 adaptor on the A7IV with the 70-300, I got nothing. Sony is apparently abandoning the older A series and a little research told me that the 70-300 lens does not and will never work with the A7IV or later bodies. Well.

That left my existing E mount lens collection biased to the short side, the longest lens being 105 mm and I really needed a replacement to that lens. A direct replacement, a new version with the exact same optics as my old lens but in e mount costs around $1300 these days. I’m retired now and don’t spend $1300 without at least some research so I spent a couple of hours on google (whom I hate but use anyway).

That search yielded a large number of reviews stating that the new Tamron 70-300 E mount is at least equal of the Sony version with one caveat. That being there in no in lens image stabilization. But that’s okay because my A7IV has 5 axis in body stabilization, so in lens would be redundant. But here’s the kicker: the Tamron cost $499 vs $1300 for the Sony.

The Tamron arrived a couple of days ago. I really haven’t have a chance to wring it out other than 40 or 50 snaps at stuff around the house, but it shows promise.

Couple of examples below including a shot of the camera and lens. These shots are just out of the camera, not modified and not examples of picture that I would keep. But they do show the image quality of which the lens is capable in terms of sharpness, color and bokeh.

#3 a Bottlebrush Bush, seen these only in Florida. Just a microsecond after this shot, a Hummingbird flew into my field of vision, but only for only a half second. You snooze, ya loose.

The purpose of these shots is to demonstrate the lens’s potential, not artistic quality. I think it’s hard to imagine the IQ (image qualiity) being much better. It certainly exceeds expectations of a “cheap” lens.

Guest Contributor – TomD – 23FEB2022 – Thoughts on the Battle of Midway

I’ve spent a great deal of time throughout my life reading about WWII in general. I was born a few years after the end of the war and grew up in a society in which virtually everyone’s father took part in one way or another. My father was a 1943 West Point grad who was a company commander with the 101st Airborne when the Germans shot him up very badly at the Battle of the Bulge, crippling him physically for life, but not mentally as he later got a MS Degree in Chemical Engineering.

But for some reason, I’ve always been most fascinated with the Pacific war, and especially with Midway. I’ve lost count of the number of books I’ve read on the battle and can specifically recommend Shattered Sword, a history taken from the Japanese viewpoint.

Midway, the battle turned on the purest of luck and very easily could have gone the other way had 3 or 4 isolated throws of the dice gone otherwise. The US would have eventually won the war anyway but it would have been a longer and harder version of the already desperate and bloody struggle that it was.

Below, a photo of interest, it is the last actual aircraft still in existence to have taken part in the battle. This SBD Dauntless was based on Midway Island and wasn’t one of the 3 squadrons of SBDs from Enterprise (I think) that luckily found the Japanese fleet as all their fighter defenses were down at wave top height finishing off a squadron of torpedo bombers. The next 5 minutes proved decisive as those SBDs sank 3 of the 4 Japanese carriers.

The plane in the photo made it’s attack earlier but none of the Midway Island aircraft made any hits. After the battle, this plane was flown to the point of decrepitude and sent back to the US for use in training new pilots. Some US Navy Ensign pilot candidate managed to put this aircraft in the drink while trying to land on a training carrier in one of the great lakes where it remained until salvaged 50 years later. The wreck was taken to NAS Pensacola where it was restored and is currently on display at the US Naval Air Museum.

I sometimes run a purely mental “what if”: What if I time traveled back to my 1966 Senior high school class and tried to get them to understand the future. First, I’d really wow them with a few examples of 2022 technology, the phones, flat TV’s, GPS, the cars, etc. But then I’d say that the average vehicle costs in the mid-$40K range on average. In the-mid 60’s in north Metro Atlanta, that was the cost of a far above average house, on Riverside Dr, where the current lots, if you can find one, go for the millions. The specter of a 10:1 monetary inflation would be the first clue.

I’m not sure if or how I could create the image of the dystopia that this nation has become. About a tenth of the way through the multiples of insanities, I would lose them to sheer overload and disbelief. How many statements on the order of “In the 21st Century, you can decide what sex you will be that day” or “Prepubescent children can be counseled to sex change surgery by school workers without parental notification.” How about “the borders are unprotected, and millions are pouring into the welcoming arms of the government offering them free everything”. Try offering an hour or two of that and see what sort of reception you get. Just try to explain LGBTQIA2S+. I dare you. Or the democratic party publicly embraces socialism/communism, that they propose the elimination of police and jails, months long elections with no controls at all, the demonization of white people, that all the guaranteed constitutional rights can be eliminated at the whim of a governor or even mayor for whatever length of time they wish, the national media as a wholly owned arm of one political party.

Even if I could, that would be terrible thing to inflict on anyone.

Picture below was taken yesterday in the Florida Panhandle with the temps in the high 60’s. Frankly, I’m as happy as a clam at high tide with this weather.

The Fat Man rejoices in his survival of the Storm of the Century.  He turns to a primal symbol of Man’s Alignment with the Divine.  Or something.  He’s devilishly hard to make stuff up for. (photog) 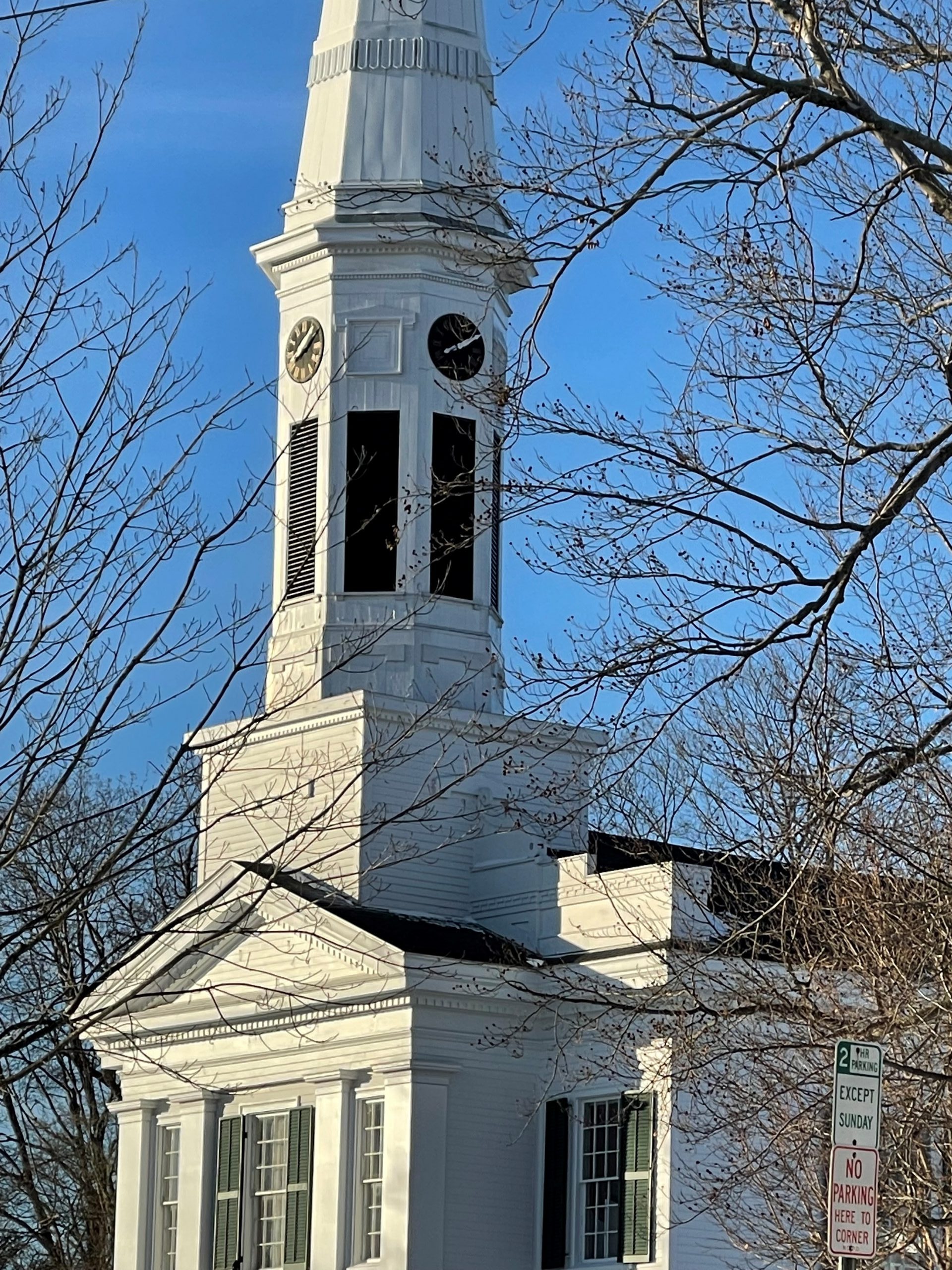 Even in Florida, if I’m in a medical establishment, it’s mask on. At least in the waiting room, once I’m make it back to the examination room I say (truthfully), “I don’t hear well, can we dispense with these?” The Dr will inevitably say “sure!”

But this morning in the waiting room with about 15 others, all dutifully masked, I went into a slow steam. I really wanted to take my mask off and tell the rest, “Don’t you know even the CDC admits that the masks are 100% useless. Why are we being forced to wear them?”

I hate the masks for multiples of reasons, even on others, because I wasn’t kidding, I do have hearing problems. The combination of the USMC, many decades of competitive and recreational shooting plus Deep Purple concerts has dropped my threshold for hearing in the 2 kHz-4 kHz range to 90 dB. Add a mask to that to that and I can’t make out doodly-squat.

Other than medical buildings, there are no masks down here other than the maybe 2% who choose to mask for whatever private reason. I’ve no problem with that, but I hate coerced actions. My sister wore masks before she died a couple of months ago, but that was because chemo had reduced her immune system to junk.

I feel your pain. I work in a very technical field with technical people. Corporate has dictated masks for all. I get it. They don’t want to get sued. So they enforce the mask rule and dutifully report the number of Covid cases per week at our site.
I recently went on a rant about the uselessness of the mask and that even the CDC admits they are useless.
People in the vicinity of my cube defended the mandate. I pointed out the size of a virus and the mesh size of cloth masks. It fell on deaf ears.
Finally, one senior person stood up and said: “Its worth it if it saves even one life” and the rest agreed.
I doubt masking has saved a single life over the past 2 years around the entire planet.
Even if it has, that’s a crappy way to determine policy.
But I gave up. I sat down. Took off my mask (Yes, we can take off the masks when sitting inside our cubicals) and went back to work.

The photo above is the Commanding Officer’s quarters at Ft. Pickens, a coastal defense facility on the Gulf of Mexico in continuous operation from 1833 until 1946. It is now a Federal park.

Below is a shot of the latest gun emplacements. This gun is from WWII and defended the coast and harbor from German U Boats but there are also emplacements dating from before and during the Civil War.