Lately I’ve been adding in a spoiler alert to these reviews to spare people who don’t want the movie spoiled by my review of the plot.  I’ll skip it here because no one can care what the plot of this movie is.  Basically, this is a British copycat of the movie “The Beast from 20,000 Fathoms” which came out in 1953.  Unfortunately, the special effects (such as they are) are even less impressive than the earlier incarnation of the story.

Intrepid American scientist Steve Karnes is in Britain to warn his fellow scientists that all of the atomic bomb blasts have filled the ocean with radioactive plankton, fish and sea birds.  And that eventually this would lead to giant mutated prehistoric creatures being awakened and attacking coastal cities.  Well, he didn’t actually say that but I could read between the lines.

Sure enough a fisherman and his surprisingly pretty blonde daughter are returning from a fishing trip and while she returns to their home the old man lingers on the beach and is blasted by the eponymous giant behemoth.  Apparently, the creature not only is highly radioactive but he also possesses the ability to use his electric eel-like power as if he were a gigantic bug zapper.  Later on, the daughter and her not too smart boyfriend find the father.  He’s covered with radiation burns on his face and they arrive just in time for him to tell them that it was a “giant behemoth” before he expires.

And I say that the boyfriend is not too smart because near the dead fisherman he finds a blob of pulsating glowing, pulsating slime.  So naturally he puts his hand into it and gets his own set of radiation burns.  At this point Steve Karnes and his British sidekick Professor James Bickford show up and quickly figure out that a giant prehistoric sea creature has been turned into a radioactive death trap and they bring in the British Navy.

Unfortunately, the Navy proves incompetent and various naval vessels, merchant ships, helicopters and even a passenger ferry are destroyed by the beast (mostly off-camera).  But finally, when the beast climbs onto land in London, we get to see it.  It’s a sorry looking Claymation facsimile of a sauropod.  And the animation of it walking through the London streets is almost comically bad.  It chases after a lot of not too nimble Londoners for a long time.  It zaps a bunch of people with its death ray.  It knocks some bricks out of a wall onto some other Brits and finally picks up a guy in a car in its mouth and throws it to the ground.

After this goes on for way too long Karnes and Bickford decide that what radioactivity can create, radioactivity can destroy!  They will take a radium spearhead and use a torpedo to shoot it into the creature’s head.  Apparently, this will kill it.  So, Steve gets into a crappy little submarine and voila, he shoots the behemoth and it’s all over.

But just as our heroes are congratulating each other for a job well done we hear a newscast saying that dead fish are washing up on the east coast of the United States.  Oh no, here we go again!

You’ve got to be a devotee of old monster movies to want to see this clunker.  I know War Pig is in that category so if you’re out there, this one’s for you.

Never explain — your friends do not need it and your enemies will not believe you anyhow.

“August up ahead. Sure. But the way things are going, there’ll be no machines, no friends, and darn few dandelions for the last harvest.” – Dandelion Wine by Ray Bradbury

Today is the last day of July.  So, tomorrow is the first official day of winter in Dunwich.  I know that seems odd but it’s true.  July is the only truly bulletproof month of the year.  By the end of August weird freaky cold spells can happen and June is certainly no proof against frost.  Also, it’s only in July that heat can blast all the cold out of old bones and a soul and convince you that there is still some kernel of boy left in an old man.

Of course, I’m ignoring the multitude of annoying problems of summer.  Mosquitoes, poison ivy, wearing hats and sunscreen, stifling houses, watering plants, cutting grass, etc. etc. etc.  But all of that pales into insignificance when you sit on a porch and listen to the crickets chirp and watch the fireflies flash.

And if you’re gathering with friends and family, it’s especially nice.  The long, long days of July have enough time for all the fun (and the chores) that go along with summer.  By definition the Fourth of July cookout is the cornerstone of the month but there is room for a bunch of barbecues and parties.  This year we lured the grandkids over a bunch of times to swim in the pool.  And that of course means taking care of the pool which is a royal pain but the reward ratio is still plenty high to make up for it.

Well today is the end.  August is a summing up.  It’s rushing in whatever is left to do and making sure to start getting ready for what comes next.  For the kids that’s school and fall.  For adults it’s beginning to put away all the summer stuff and prepare the winter equipment.  So, I’m going to enjoy today for sure.

Yesterday was a family get together.  A younger nephew had a birthday party and my kids and grandkids showed up with other of my siblings and their kids.  Over pizza for the kids and some very good Italian appetizers we talked about this and that.

I had an interesting discussion about a report I read about how faked biomedical research on Alzheimer’s disease has set back the course of finding a cure at least fifteen years.  The feedback was that fake research and shoddy peer review is now endemic and that science is thoroughly infected with quackery.  This jibes with the growing pseudoscience of climate change and all the nonsense that gets reported as research in the social sciences and psychology.

And maybe we’re kidding ourselves and it’s always been like this.  But it does seem to me that the public has reached a point where gullibility is dangerously high.  The COVID madness proved that supposed adults will do anything they’re told if it’s wrapped in a government program.

But for me it’s just one more reminder that we’re not “all in this together.”  Critical thinking and maintaining options may save your life and definitely will save you a lot of grief and money.  The Left has clearly shown us what they intend to do.  They’re looking to make us serfs.  It behooves us to work with whatever resources and allies we have to make that as hard as possible.

And then, quite suddenly, summer was over.

He knew it first when walking downtown.  Tom grabbed his arm and pointed gasping, at the dime-store window.  They stood there unable to move because of the things from another world displayed so neatly, so innocently, so frighteningly, there.

Life is just one damn thing after another. 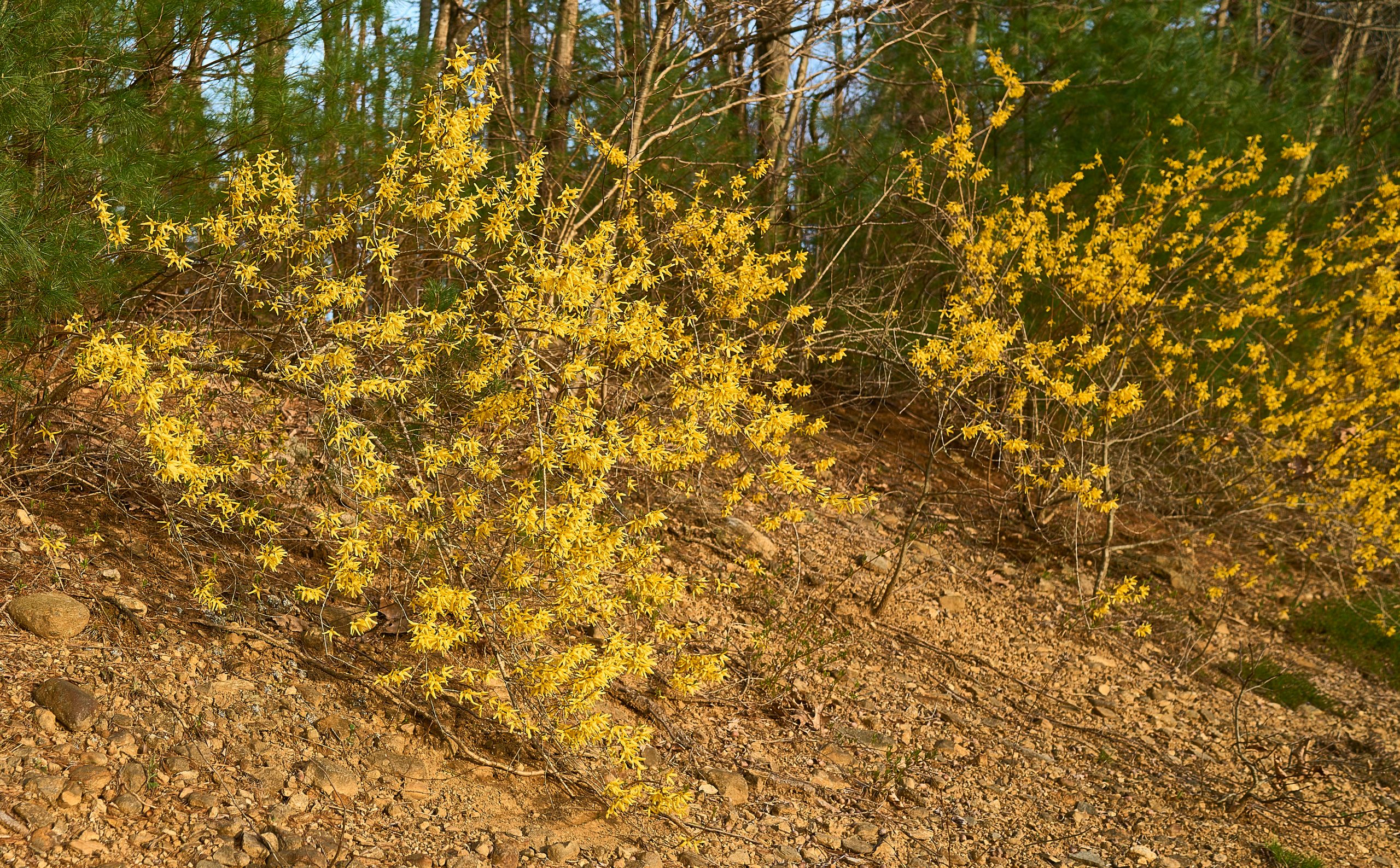 Absence of Malice is a film that explores the way federal law enforcement and the media can conspire to libel individuals they want to harass.

Paul Newman is Mike Gallagher a liquor wholesaler in Miami.  He’s also the son of a former bootlegger.  And because of his social connections through his father the Justice Department is intent on having him provide evidence on a murder case that they are convinced was a mob hit.

Prosecutor Elliot Rosen conspires to convince newspaper reporter Megan Carter (played by Sally Field) that the FBI has evidence that Gallagher was responsible for the murder.  She publishes a front-page story to that effect and Mike’s life starts falling apart.  The longshoreman’s union boycotts his business because the murdered man was a member of their union.  Then Mike finds himself followed around by organized crime henchmen who fear he will turn on them.

Mike goes to Megan’s office and demands to know who told her that he was a murderer.  She refuses on the grounds that it’s privileged information.  But she’s interested in Mike and begins an odd relationship with him.  She meets a friend of Mike’s named Teresa Perrone who can vouch for the fact that Mike was out of town with her when the murder occurred.  While checking on Teresa’s story she discovers that Teresa was out of town to have an abortion.  And Teresa is a practicing Catholic and works for the Catholic Church so the abortion is a source of great shame to her.

Megan’s boss convinces her to include the abortion as part of the story that she writes on Mike.  Reading the story, Teresa commits suicide out of the shame she feels for the abortion being revealed.  Mike is enraged at the betrayal that Megan committed against Teresa and when Megan comes to apologize, he roughs her up.  She gives Elliot Rosen’s name to Mike to atone for her betrayal.

Using the information that Megan gave him Mike begins a deception of his own.  He contacts Rosen’s boss District Attorney James Quinn and convinces him that if Quinn gives a public exoneration of him then Mike will provide him with all the information on the mob hit.  But when Rosen sees what’s going on he assumes Quinn has been bribed by Mike and begins an unauthorized and illegal investigation of both of them.  Mike feeds this false narrative by making anonymous donations to a charity that Rosen knows is affiliated with Quinn.

Finally, a friend of Megan’s in the FBI warns her to stay away from Mike because of an impending arrest of Quinn and Mike.  She then publishes a story of the false narrative and the Justice Department steps in.  Assistant Attorney General James Wells in charge of organized crime (played masterfully by Wilford Brimley) convenes an interview at which all the principals (Mike, Megan, Rosen and Quinn) are present and sorts through the mess.  He figures out that Mike has orchestrated this public relations disaster for both the government and the newspaper as revenge for their unscrupulous use of misinformation to libel him and try to force him to become a government informant.

Rosen and Quinn lose their jobs, Megan’s paper has to print an apology and retraction and Megan is chastened for her bad judgement.  At the end of the movie Mike and Megan meet and somewhat reconcile before he leaves Florida for some new stage in his life.

I can wholeheartedly recommend this movie.  Above and beyond the topicality to our time of FBI/Media collusion, the characterization of Mike as the wronged citizen strikes a very sympathetic chord that Newman pulls off perfectly.  This movie is almost unique in Hollywood history in not making the crusading reporters and G-men heroes.  Here the FBI are the bad guys harassing the little guy who is just trying to live his life.  The newspaper reporters are shown to be callous and without empathy for their subjects.  This is an excellent movie for our time. 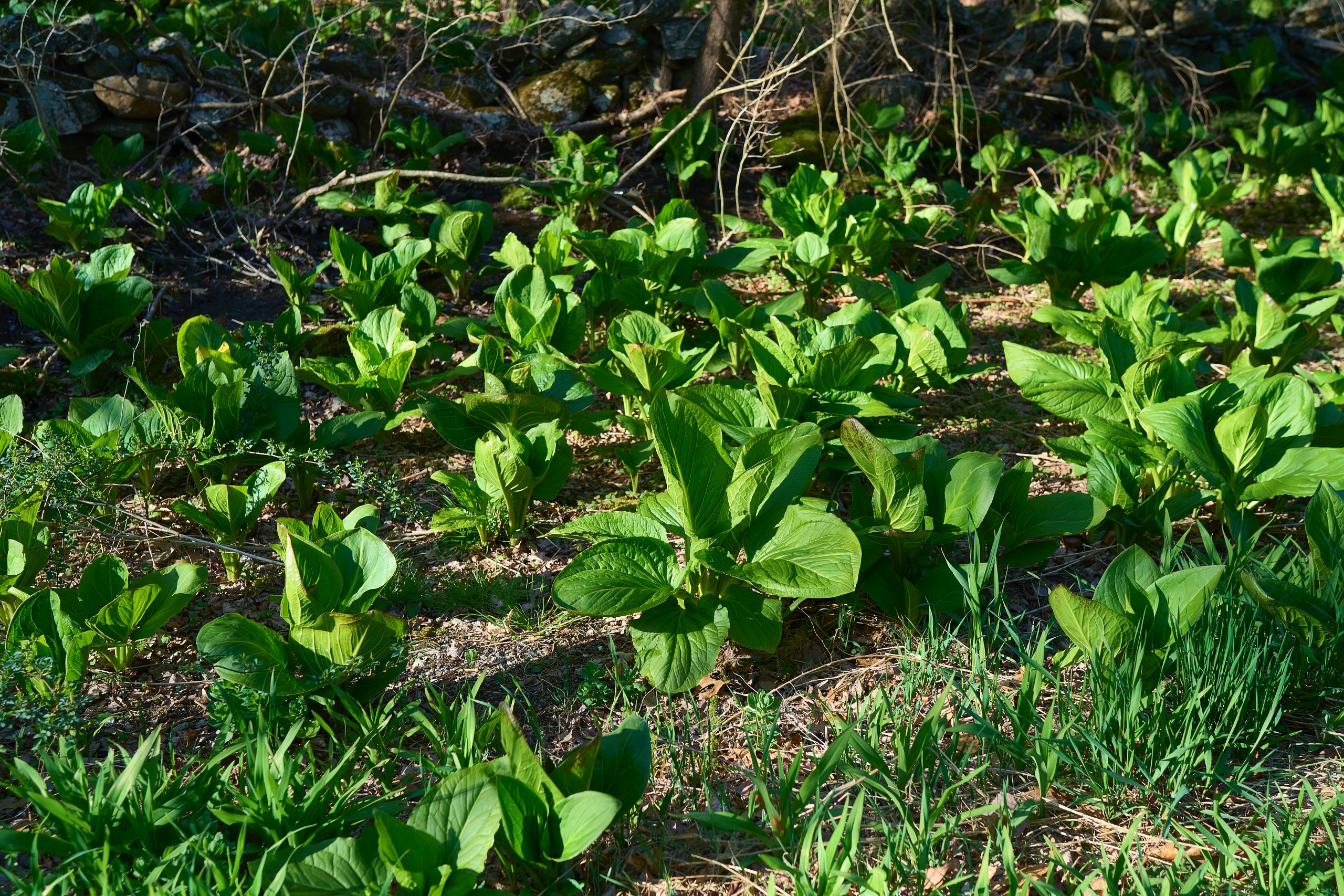 In these days, a man who says a thing cannot be done is quite apt to be interrupted by some idiot doing it. 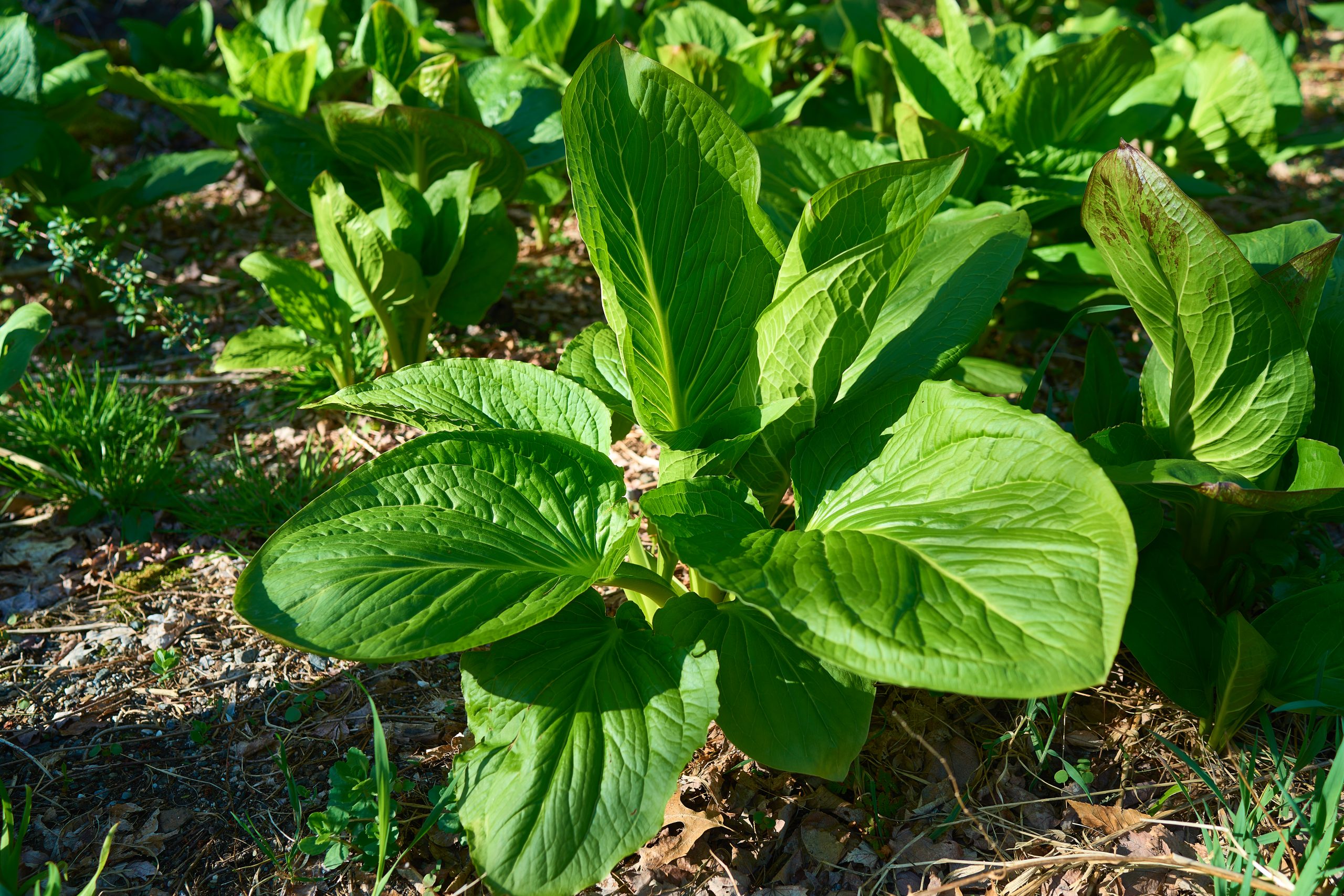