Moderation, the noblest gift of Heaven.

I watched Dementia Joe’s latest weasel speech.  Biden’s handlers must have told him that the best way to sell the message that his humiliating rout out of Kabul was a great success was to shout it from the podium as loud as he could.  This speech was long and stupid.  Much of it was the same boilerplate he gave us a few days ago when he told us he wouldn’t leave anyone behind.  Now he’s telling us that the hundreds of Americans trapped behind enemy lines got what they deserved because they were warned.

Joe also told us that the mission went as planned.  He specifically says that there was no way that civilians could have been successfully and completely evacuated before the rout.  And since he is the greatest military strategist since Napoleon, we have to take his word for it.  And he waved the flag for the soldiers killed at the airport and he patted himself on the back for ending the war.  But it mostly sounded like a salesman trying to convince a customer that the broken Timex he had received was exactly as good as the Rolex he had paid for.

I think it’s good that the American people have had a chance to see Joe during a crisis.  It will show them just how he’ll handle any difficult task.  He’ll botch it.  He’ll blame other people.  Then he’ll tell you there was no other way it could have ended.  Disaster accomplished!  Joe is always the hero in all his stories.  He’s the smartest, the bravest and the most honorable.  If you don’t believe him, he’ll tell you again only louder.

I’m trying to guess what the next disaster will be.  I’d say most likely it will be a hostage drama involving ISIS-K and one of the Left Behind Americans in Kabul.  Joe can yell at the top of his lungs that the hostage got what she deserved and that he’ll avenge the death by sending a drone strike from “over the horizon.”  Of course, the drone will probably kill another half dozen Afghani kids and miss the terrorists but once again it will be disaster accomplished.

Three more years of this may be enough even for the stupid suburban white women who voted for Joe.  There are indications that stagflation is taking hold in the economy.  If memory serves me correctly, the last time that word was used was when Jimmy Carter was bumbling his way through the late seventies.  Twenty percent mortgages and 8% unemployment are a powerful combination.  So powerful that even the Karens may rethink their hatred of Donald Trump.

But it’s way too early to say what new catastrophe Joe will step in next.  He still has to clean up the Hurricane Ida debacle and who knows, with his luck cholera will break out and make everybody forget COVID.  Or maybe the price of oil will spike and gasoline will reach ten dollars a gallon.  Now that sounds like something that Joe can really sink his porcelain teeth into.  I wonder who he’ll blame?  Probably Trump for not finishing that darn pipeline.

The End of Summer

August 31st isn’t the last day of summer.  It’s not even Labor Day this year, the unofficial last day of summer.  But flipping the calendar from August to September is a psychological milestone.  Even in an unusual year like this where the grass is lush and green and the flowers abound there are subtle signs that fall is imminent.  The days are already shorter.  Even on hot days the nights are cooler.  Some birds are getting ready to leave and some of the insect life is dying off.  The crickets and frogs are still singing but there is a certain desperate edge to their choruses.

So here we are at the end of the silly season and pretty soon politics will begin dominating the news as the pretend process of enacting all the psycho legislation that Biden and the rest of the nation-wreckers have teed up is displayed for us in the headlines.  And once that charade is done it’s time for the Republicans to miraculously make a comeback and win back control of the House and maybe Senate in 2022.  Of course, that won’t undo any of the damage done.  Fake elections will have been enshrined as the law of the land and various other atrocities will be enacted.  But, by gum, Kevin McCarthy and Mitch McConnell will be handing out PAC money to their loyal toadies the way nature intended it to be.  And then it will be time for Mitt Romney to start talking about Senate investigations into the failures in the Afghanistan withdrawal.  And the recommendations of that investigation will be to double the defense budget to make sure that next time we never leave a country like Afghanistan again.

I could go on forever.  The point is we are reaching a tipping point.  Soon more people will be done with the charade than follow it.  At some point there won’t be enough people who believe in this stuff to keep the thing going.  More people will be looking for ways to avoid the fallout of living in a madhouse than will be trying to keep it going.  For instance, when public schools don’t teach, parents who care about their kids will opt out of them, even if they have to scrimp to pay for private schools.  Eventually the public school system will become untenable.  No employer will hire a public-school graduate.  The local taxpayers will refuse to pay the salaries of people who don’t perform any useful service to the community.

When a city defunds the police, the middle class will move out.  The very rich who can afford private security and the very poor who have no choice will stay.  But the city will become a dysfunctional wasteland the way Detroit has.

And the eventual outcome when these breakdowns continue long enough is that somewhere someone is going to see an opportunity to challenge the system and provide people with an alternative.  If a governor decides to insulate his citizens from the dysfunction that the federal government sponsors, he’ll be the most popular leader in America.  And if he succeeds in resisting the federal government in this effort more than half of the other states will join him.

And if no one comes along to do this a lot of Americans will leave.  We were born and raised in a free country.  If we’re going to be serfs we might as well go somewhere where they treat the serfs better.  We might as well go where they don’t indoctrinate our kids into believing that they were born evil because of the color of their skin.  And when we leave America will become Brazil.

I’ve long since sent back the Sony LA-EA5 adapter and the Sony A7R IV A camera to Lensrentals.com and I have begun to review all the photos I took for sharpness and other criteria but the information I gleaned from this test are not dependent on the very detailed examination of individual files.

The questions I was trying to answer were:

So, what did I find?

So there you have it.  I am actually looking forward to having the LA-EA5 available to me on the next Sony camera I own which I hope will be the A7 IV.  Of course if Sony decides not to allow the A7 IV to autofocus motorless A-mount lenses with the LA-EA5 I will give up photography and take up Chinese calligraphy instead.  But that’s just me. 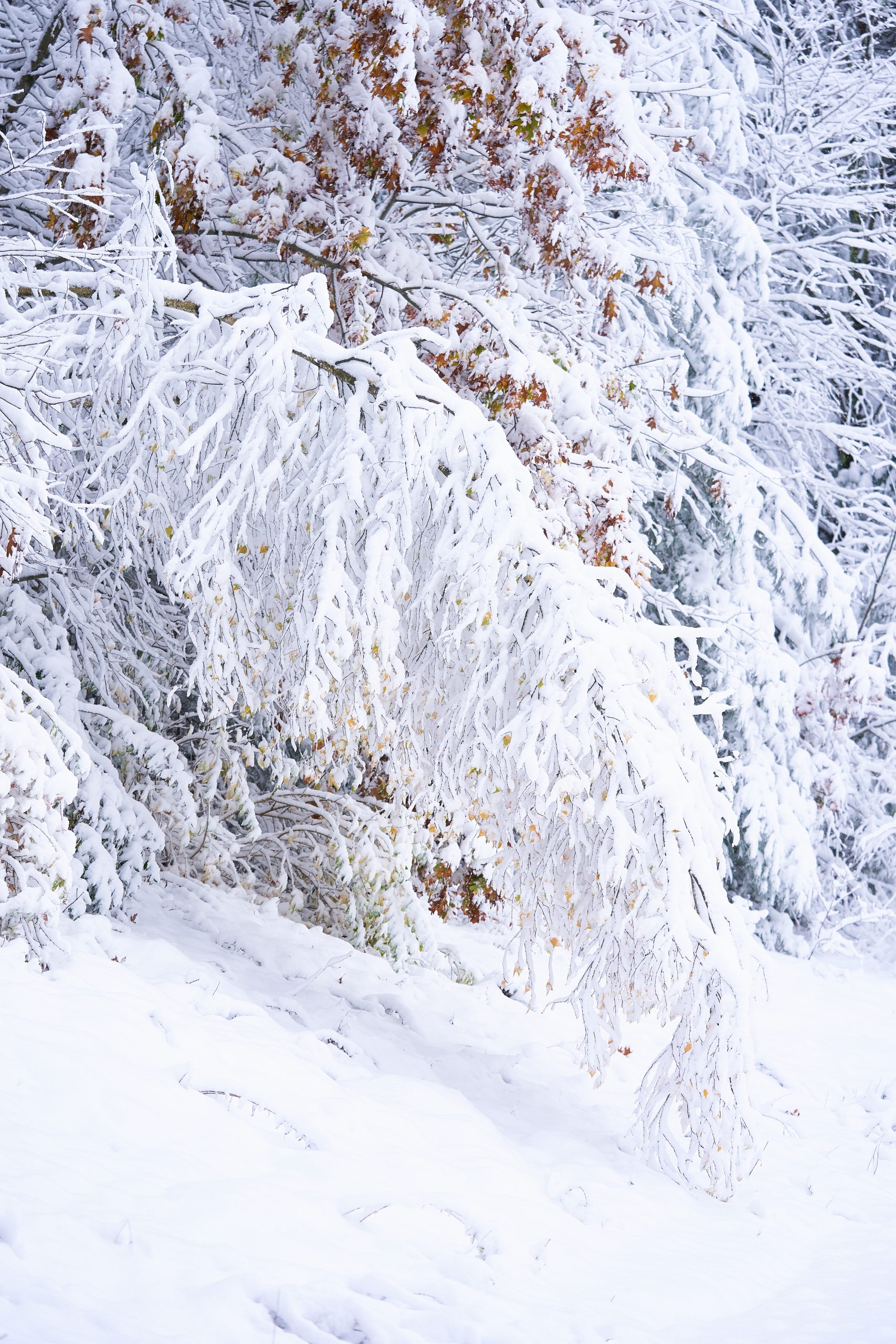 Of all things upon earth that bleed and grow,

A herb most bruised is woman.

The fearless woke military commanders Milley and company, after botching their disastrous rout out of Afghanistan have proven themselves utterly useless by running out of Afghanistan leaving hundreds of American citizens to their awful fate at the hands of the Taliban and ISIS.

“The flight also carried the last remaining U.S. troops and the core diplomatic staff of the U.S. Embassy in Kabul.

But there are still several hundred Americans in Afghanistan who were unable to reach the airport, along with thousands of Afghans who assisted the U.S. military during the war effort.

McKenzie said no American civilians were on the last five flights to leave.

“We maintained the ability to bring them in up until immediately before departure, but we were not able to bring any Americans out. That activity ended probably about 12 hours before our exit. …  None of them made it to the airport,” he added.”

I estimate the chance that we’ll soon be seeing videos of blindfolded Americans begging us to free them from their Islamic captors at 100%.

Something Doesn’t Add Up

The recent headlines about Greg Gutfeld leading the Late-Night Comedy shows highlighted a phenomenon that has already shown up in the cable opinion shows.  In that race Tucker Carlson is leading his competitors consistently.  And this has led to the Left’s unrelenting hostility toward him.  They protest to get his sponsors to boycott him.  They’ve even attacked his home and family.

So here we see that huge numbers of Americans agree with the opinions that Gutfeld and Carlson represent and support their message as opposed to the message that is supported and pushed by virtually every center of power in the United States and most of the civilized world.  But this large group of Americans find that their opinions have absolutely no effect on the messages or behavior of organizations that supposedly are based on public opinion and preferences.  The media (other than Fox News to some extent) pretend that the great majority of Americans believe in the things that are the opposite of what Gutfeld and Carlson defend.  Obviously if giving the public what they want was important to these organizations they could do that easily and profitably.  They could have their own right-wing commenters competing head-to-head with Fox and providing them with some of the audience that Fox currently has all to itself.  And they could do this without losing their leftist viewers.  They could keep their Maddows and Scarboroughs.  All they would be doing is accommodating both sides of the aisle.

Because it’s not about money.  It’s a religious war.  It’s a crusade against the infidel.  Our beliefs and even objective reality are anathema to their woke ideology.  At this point there is no more live and let live.  No matter how crazy they become we must acquiesce.  Gay marriage, transgender toddlers, white guilt, slave reparations, green new deal, guaranteed basic income, defund the police.  All of it.  There will be no end to this.  And regardless of whether we win elections or get the Supreme Court to agree that these things are unconstitutional they will not stop.  If all else fails they’ll send Antifa and BLM goons out into the streets to beat us into submission.

Or if that’s too much trouble then we might as well surrender and mouth their lies and lunacy.  Because if we’re not willing to do the work to defend ourselves then we will be forced to surrender.  They will crush us just as they will crush those poor fools who let themselves be led to the slaughter on January 6th.  There is no way for any of us to stand up to them individually.  We need an organization that is extremely well funded, represented by experienced lawyers, based in a jurisdiction that cannot be infiltrated by their legislative, judicial or executive branch representatives and well protected by a large, powerful police force loyal to that state.  The sooner we begin organizing against these thugs the sooner we get our lives back.

Or just give up and dig yourself a hole in the ground and jump in.

Now this was an actual hurricane.

Prayers and best wishes for all the folks down there.  I have people down there and hope that power is restored soon so we can hear from them.