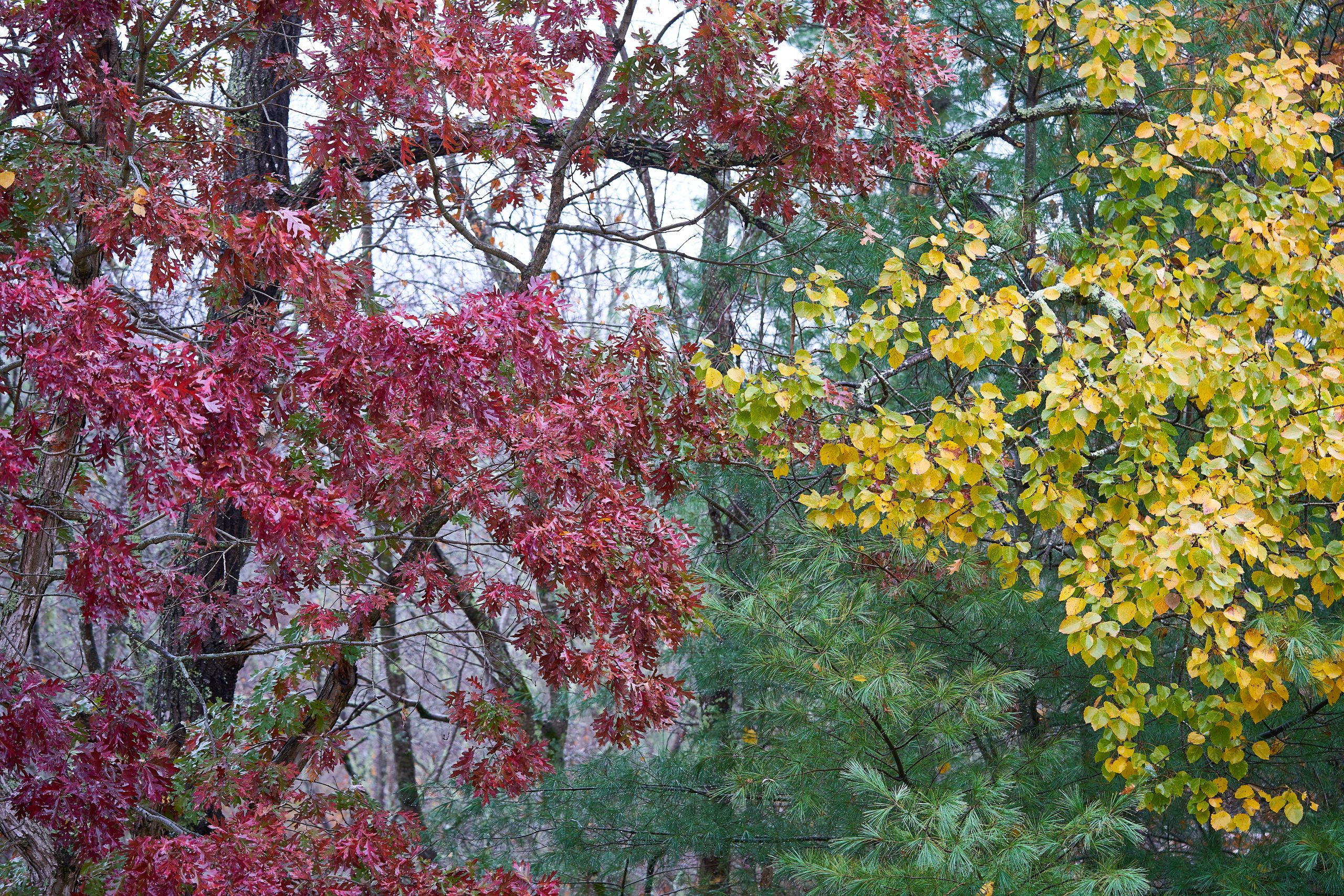 I started watching Greg Gutfeld back in 2010 when he had his 3 am comedy Red Eye on Fox News.  With his small ensemble of regulars and a bunch of Fox News and right-wing and libertarian guests the show was an incredibly refreshing change from the lefty late night hosts that had already become too unbearable to listen to.

It was obviously a show that was produced on a shoestring budget and existed without any of the heavyweight advantages that the networks can provide to an entertainment show.  We weren’t going to see any movie stars or top echelon politicians on this show.  Instead you had a folded newspaper with paper eyes taped on used as a ventriloquist dummy while one of the cast represented the views of the New York Times in a silly voice.  Or there would be a video of robots in their parents’ basement, reciting the talking points of George Soros’ Media Matters in a cadence that sounded like HAL in 2001: A Space Odyssey.

This was not a show that could compete with The Tonight Show or even Conan O’Brien.  I even remember a clip of David Letterman making fun of Greg’s name and calling him a nobody.  But it was often very funny.  Gutfeld was a social liberal by all appearances.  I’d say he was a libertarian.  But he wasn’t attacking the Right.  After a few years when the show ran out of steam and several of the regulars left so did I.  But my impression was that Gutfeld was not against us and was doing the best he could to speak to more than the left side of America.  And for that I give him credit.

In the last few years Gutfeld has been ubiquitous on Fox News.  He’s a regular on their talk show “The Five.”  And he now has his own late night comedy show that is much better supported by the network than Red Eye was.  And after viewing a few episodes I see that Gutfeld knows where his audience is.  I don’t doubt he’s still the same guy but he’s towing the line and giving Donald Trump his due.  And that’s good.  Gutfeld is far enough to the right of the rest of Hollywood and the Media to be considered one of us.  I wouldn’t want him deciding policy but I’m more than happy to see him telling jokes on a late night show.  After all Johnny Carson was probably a liberal.  But he tried to be an equal opportunity mocker of the left and the right.  I can live with that.

Now that Gutfeld is making real headway I hope Fox News supports him and provides whatever leverage they can to get him good guests.  Who knows maybe one day he can have Donald Trump on the show.  That show I’d watch.

So good luck to Greg.  He’s the only one of those comics worth spit.  Hopefully he can showcase a lot of the little comics on our side.  That would be a worthwhile endeavor.  Build our own platforms.

This is the second article over at Mad Genius Club that I found today that I really liked.  Peter Grant starts out talking about different trends in book publishing which is interesting enough but at the end he has a quote from a soldier’s memoir.  It’s a fellow named George MacDonald Fraser who served in a a Scottish regiment in Burma during World War II.  He describes a Scottish sergeant of limited education’s reaction to reading some of Shakespeare’s Henry V.  Very interesting.

Brad Torgersen Has a Series of Articles About the Series Chernobyl

I reviewed Chernobyl a few months back.  It’s a very interesting series.  I’m reading Brad’s take on it and thought some of you might enjoy his thoughts on it.  I’ve linked the episodes he’s written so far. 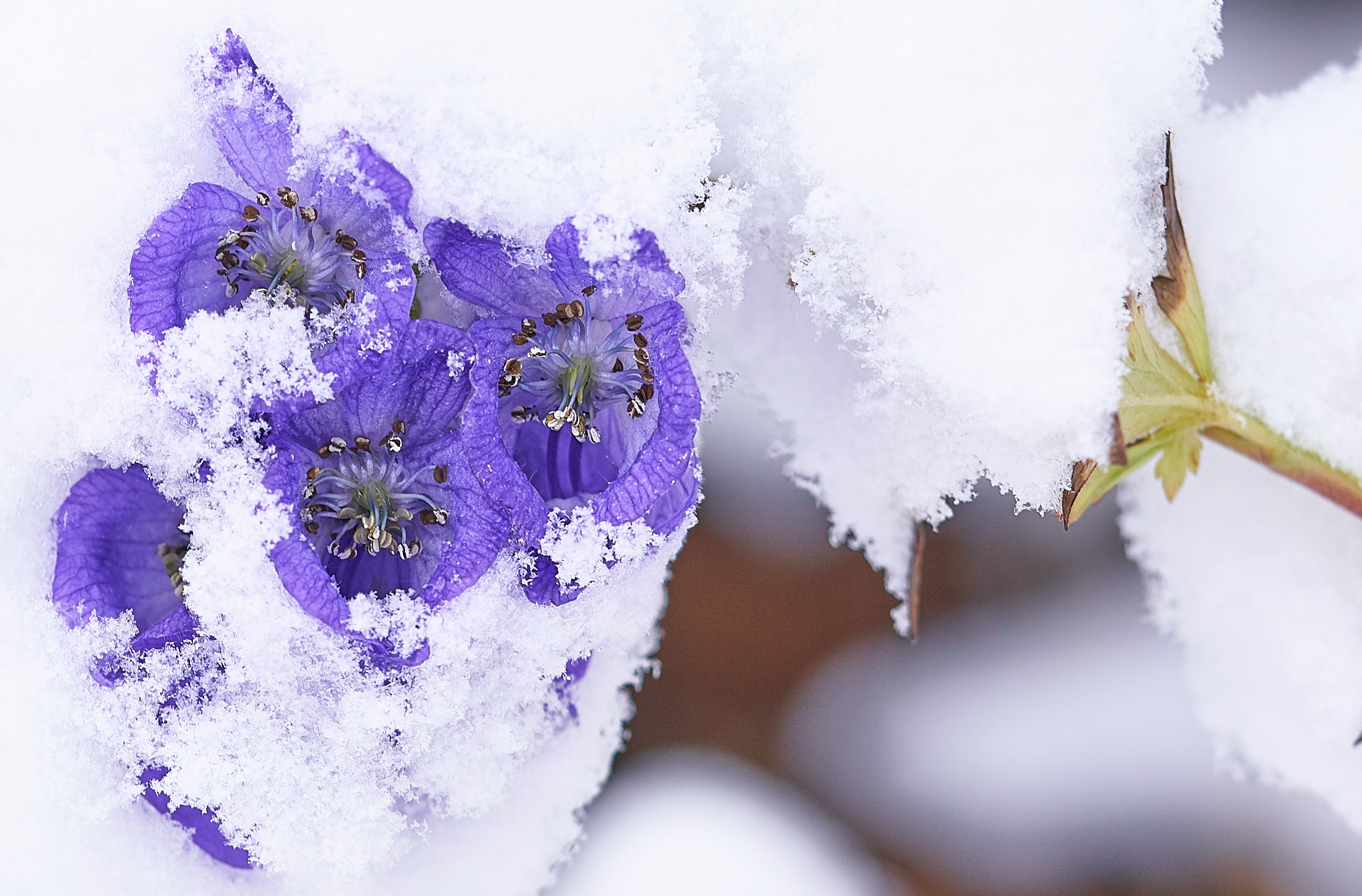 Nothing has more strength than dire necessity.

Good-bye To All That

I borrowed the title of this post from a book written by Robert Graves after the end of WW I.  Graves was referring to the smashing of the pre-war civilization in Britain after the horrors of the trench had discredited all the institutions that had led England into and kept it’s young men trapped in the meat grinder that was that war.

World War I had disillusioned a whole generation of men on the competency and legitimacy of the social order that had sent their generation to their deaths.  The fitness of the ruling class had been exposed as an illusion.  This radicalized the population and undermined the control that the old upper-class order had formerly possessed.

In a similar way, the Elites in both the Democrat and Republican parties and in the institutions that they control like the media, the federal agencies, academia and the corporate boardrooms have lost all legitimacy and competency in the minds of the normal members of the American public.

They’ve shown themselves to be completely incompetent at performing the functions they supposedly are experts at.  They can’t win wars.  They can’t be trusted to manage a pandemic.  They can’t maintain the economy of the most prosperous country on the face of the Earth.

The only thing they are competent at is dividing people into warring factions and rigging fraudulent elections.

If tomorrow, ISIS-K took General MIlley captive and demanded some large amount of cash, like fifty or a hundred bucks to get him back alive, sure I’d probably say we should pay it but I’d definitely recommend that we hold out for a price reduction.  But if they catch Pelosi, I’d tell them they can keep her.  I wouldn’t give a plugged nickel for her.

So when the next atrocity occurs, when some Afghan refugee that they plunk down in San Francisco blows up the local gay bar in the name of ISIS, well, they can send the CIA or the FBI to Afghanistan to straighten things out themselves.  It’s not going to be my grandsons going.  I can tell you that for sure.

And that goes for the Ukraine or Belarus or Myanmar or any other “critical” hot spot anywhere on this planet.  If human rights are being wronged or women aren’t feeling empowered or LGBTQ people are having their feelings hurt, I recommend they call Putin or Xi.  I’ve lost all sympathy and motivation.  All of my sympathy and interest is concentrated on taking care of my own.  And anyone who wants to be included in that set, more or less, has to agree with me on what things are important.  And everyone else is on his own.

I used to be the most jingoistic American patriot I knew.  I thought Iraq and Afghanistan was payback for 9-11.  I imagined that George W Bush was going to hammer the bastards that attacked us so they’d never come back again.  Instead, he invited them into our country in unprecedented numbers and killed off our soldiers in an effort to make the middle-east into middle America.  And now they want us to care about Afghani refugees.  Let them go live with George Bush.

Being disillusioned is a gut-wrenching process.  But it also provides clarity and eventually that is valuable.  It won’t be so easy for the politicians to manipulate us next time.  And it won’t cost us as much money when we don’t have to pay to build up third-world hell-holes into modern countries.  Let the Iranians pay for the Afghanis to have internet access.  Let the Russians and the Chinese build and maintain sewage systems in Zimbabwe.

Come to think of it, let Merkel and Macron pay for the tanks to keep Putin out of Berlin and Paris.  I no longer see any rationale in maintaining those dying cultures.  They’ve already self-suicided by opening the floodgates to the third world.  I’m more interested in places like Hungary and Poland who take care of their own people.  I admire those countries and hope some areas of our own country will do similar things.

So, excuse me if I don’t watch the Olympics to cheer on the American athletes as they take a knee or turn their backs on the American flag.  Pardon me if I don’t support whatever charity is flying the rainbow flag over their headquarters.  Forgive me if I burst out laughing when some guy in a sun dress comes on tv to tell me how to raise my family.

I’ve said good-bye to all that and am ready to turn the page.

I had completely forgotten how truly awful this episode is.

An alien spacecraft using ion drive approaches the Enterprise.  A go-go dancer complete with big hair, go-go boots, micro-dress and vinyl bustier beams aboard the Enterprise bridge knocks out the crew and micro-surgically removes Spock’s brain and takes it away.  You would think that would be enough, but there’s more.

McCoy somehow manages to put Spock’s brainless body on life support but warns Kirk that he can only survive for 24 hours without his brain.  The Enterprise follows the ion trail to a planet that is covered by Ice Age glaciation but has some kind of energy source below the surface.  On the surface are largish humanoid Neolithic men who attack the Enterprise landing party.  A captured man of the tribe who call themselves the Morg warns the crew of the Eymorg, the “givers of pain and delight.”  We find out that the Eymorg are the women who live below the surface and have energy weapons that they use to torture the surface-dwelling men if they don’t take out the garbage and perform their more delightful husbandly duties on schedule.

Kirk, McCoy, Scotty and Spock’s body proceed to the Underground Kingdom of the Go-Go Dancers.  Spock’s body is controlled by McCoy using some kind of Nintendo joystick device.  Once there, Kirk and company battle it out with the go-go dancers and eventually get the upper hand.  It seems Spock’s Brain is being used as a sort of thermostat to control the climate control in the underground lair.  The head go-go dancer refuses to put Spock’s brain back in his body so McCoy has to use the “educator” helmet to learn how to perform the surgery.  But halfway through the operation McCoy begins to forget how to do it so they reattach Spock’s vocal cords and he coaches McCoy through the rest of the surgery.  Kirk tells the head go-go dancer that without Spock’s brain they will have to return to the surface and learn to control their men through the more conventional method of nagging them.

Watching this episode has really depressed me.  I have to watch the rest of season three before I can end this task and this episode has hammered home just how bad it will be.  There is nothing good about this episode.  The script is beyond poor.  They even forgot some of the conventions of their “technology.”  They referred to the ion drive of the aliens as highly advanced whereas ion drive is the much less sophisticated and slower impulse power that the Enterprise uses when its warp engines are unavailable.  The dialog between Kirk and the bridge crew when they are debating which planet is likely to be the one they are looking for sounds like a family trying to decide which restaurant to stop at during a long trip, “Wendy’s or Dairy Queen?”

The tribesmen on the planet have the worst wigs and beards I’ve ever seen on this or any show.  The go-go dancers don’t have any meaningful dialog beyond saying, “I don’t understand.”  And McCoy tries so hard to project horror at the removal of Spock’s brain that his facial expression looks more like someone suffering a stroke.  In general, all the actors look confused and dispirited.  Even Shatner looks sullen.  I don’t think he really wanted the brain back.  He just wanted his paycheck and maybe the head go-go dancer’s phone number. 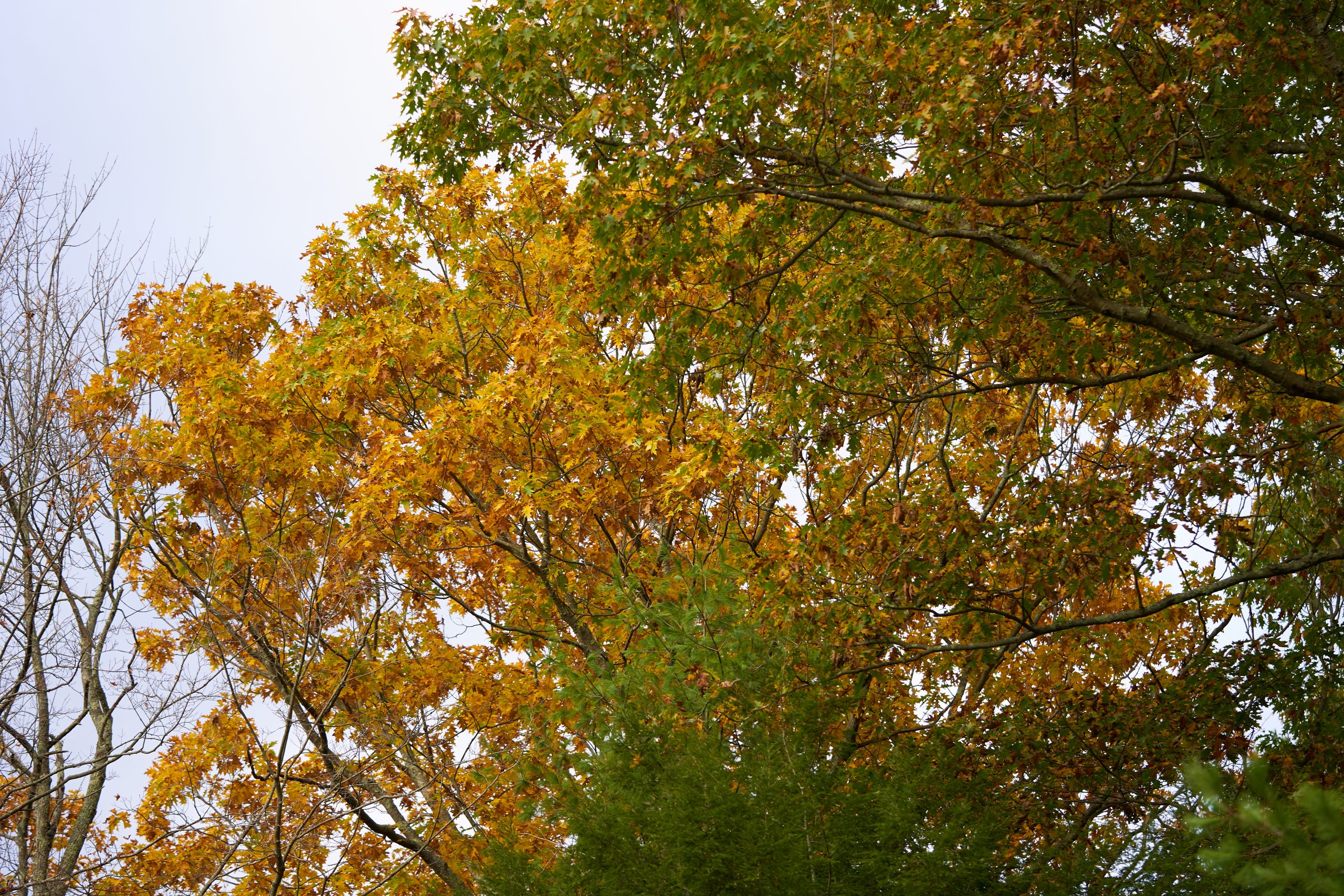