Busy day.  Had lots of yard work to get ready for the end of warm weather.  I even cut the grass today.  I didn’t notice how long the grass had grown on account of all that rain.  Man, what a mess the clippings made.  But soon enough all that will be done with.   It was nice to get out and look around the fields.  There were tons of honey bees on the goldenrod.  Now that I’ve renewed my interest in keeping bees, I was looking at the varieties of bees that were on the flowers.  And I noticed they were almost exclusively Italian bees.  These are a southern bee and they don’t fare well in cold winter areas.  But they’re the kind of bees that people get when they buy a package of bees from one of the big breeders down south.  So most likely these bees aren’t feral bees but some beekeeper’s hive. 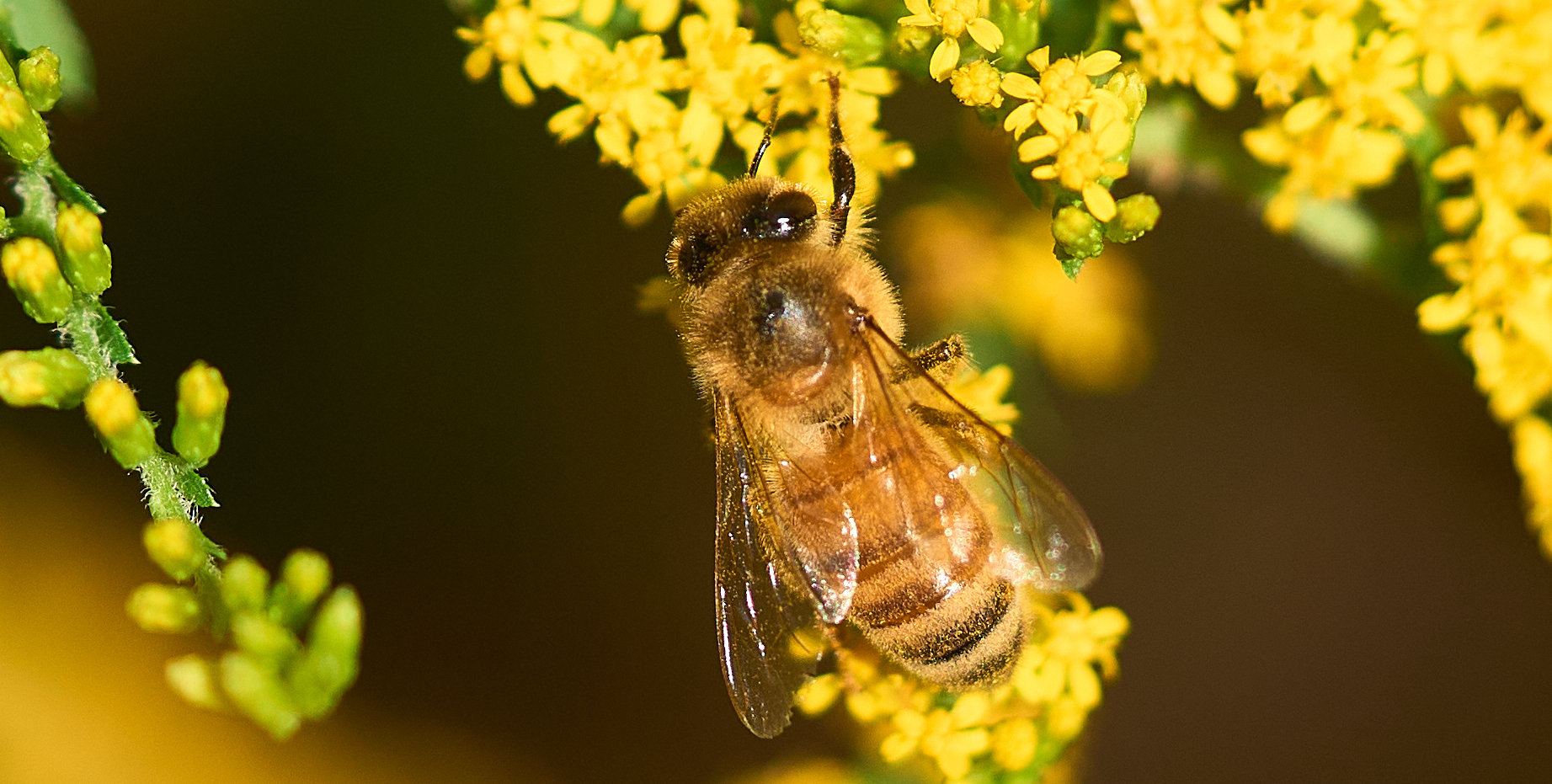 Funny, I got a little annoyed that someone was encroaching on my goldenrod.  What the what!  The only advantage of the Italian bees is their mild tempers.  They’re the least likely race of bees to sting you even if you’re in their nest messing around with the frames full of honey and brood.  So, knowing there are a lot of apiary hives around me was a little bit of a downer.  I’m hoping to catch a swarm next spring.  But if there are a lot of apiary hives in the area chances are that the swarm will come from one of them.  That means the bees will be southern bees and most probably also bees that have been living under a regimen of chemicals to ward off varroa mites and other plagues.  I won’t be using those chemicals so the bees will have to depend on their natural robustness to survive.  But since they’ve been dosed with various chemicals, they may be quite weak.

That makes me think that I may as well purchase a bee package from a breeder who keeps northern bees under a natural beekeeping regimen.  I know there are several breeders in Vermont who have this type of bee.  I’ve read about these northern bees.  They’re known either as Russian bees or dark bees.  They are extremely cold hardy and are specialized to collecting a large amount of nectar in order to survive the long cold northern winter.  Of course, that might mean a very long drive back and forth to Northern Vermont.  That’s a hike.  It’s possible they’ll mail the bees but maybe not.  Anyway, interesting things to think about today.

While I was working on the garden, I saw both grasshoppers and katydids that were so worn out that I was able to go up to them and pick them up by the wing covers.

Even the few butterflies I saw, some fritillaries and painted ladies, were flying very slowly.  And they were much less skittish than normally when I approached them while they fed.  Of vertebrates, there were some turkeys in the yard, a few small frogs and a vole that shot out of the garden and headed into the blueberry bushes when I approached.  I managed to get some shots of the turkeys as they noticed me and retreated into the forest. 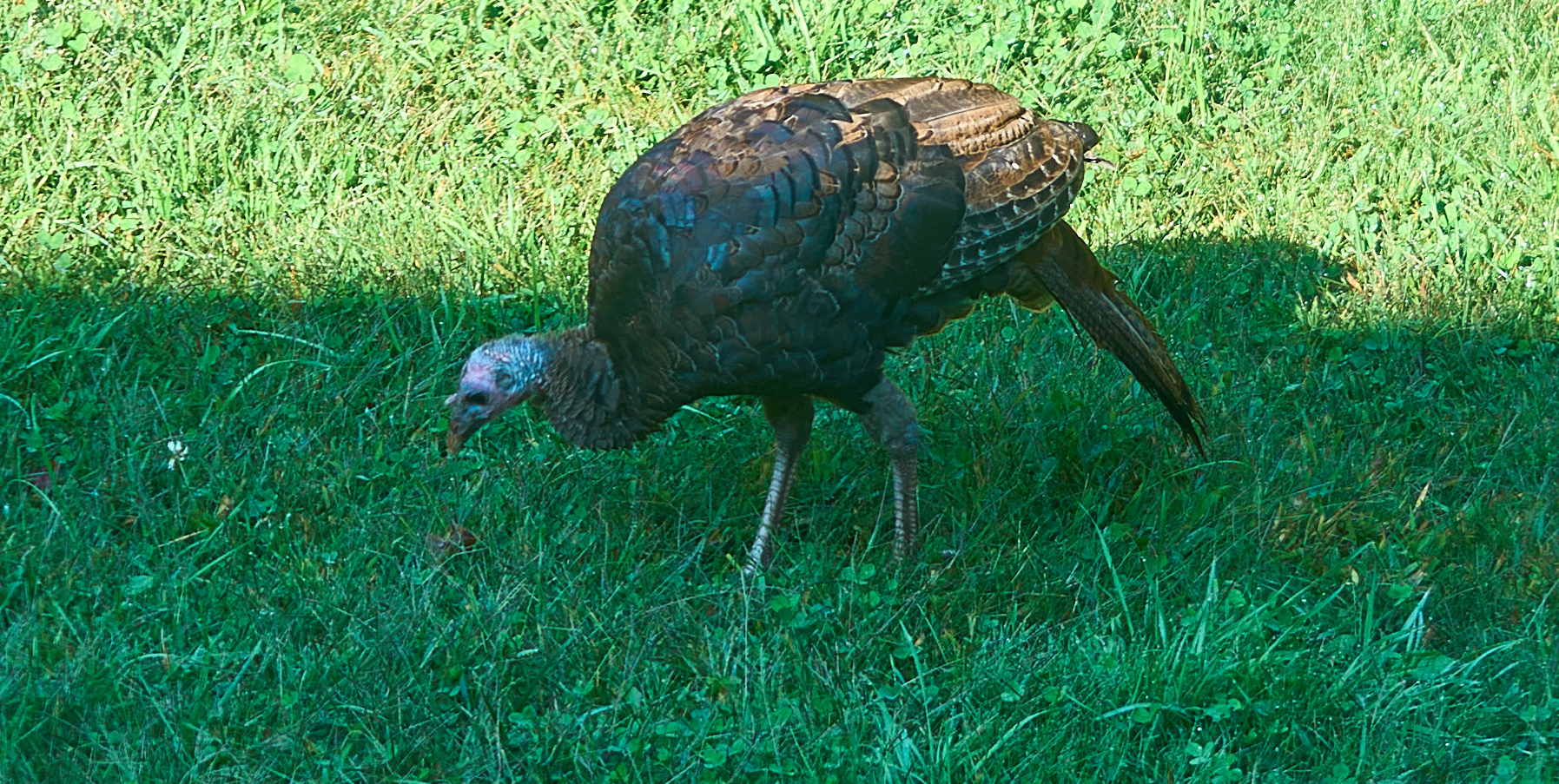 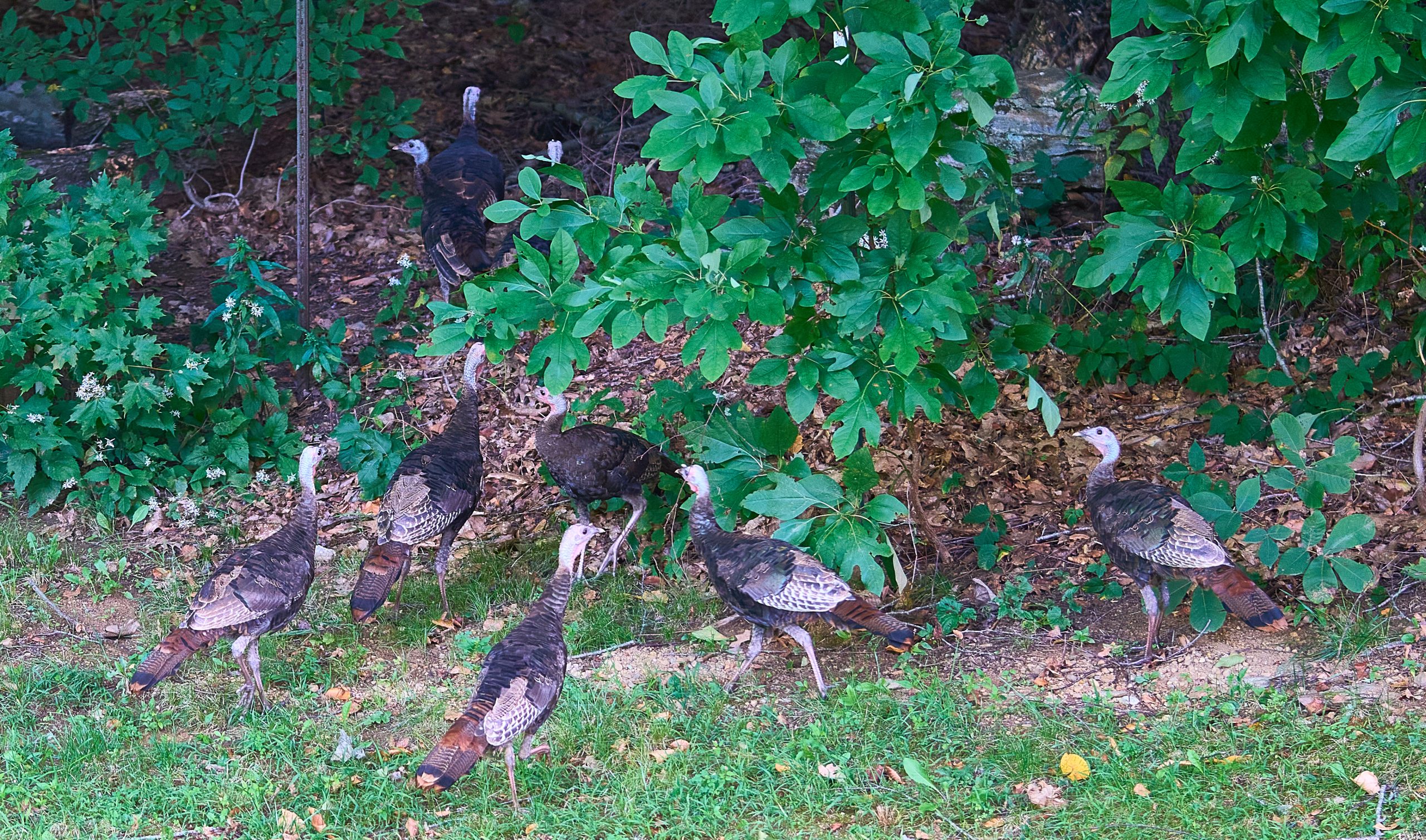 Then I walked over by the swamp.  It was looking very beat up.

But this time of the year has its charms.  A good day out in the air.