Yesterday as I lolled around in my lazy recuperative stupor, I was suddenly aware of a booming sound and the sensation of shaking.  At first, I assumed I was still goofy from the COVID and had imagined it but then I saw that the dogs had picked up on something too.  I thought, “Maybe a truck came down the driveway and banged into the house.  So, I got up and went to look outside.

And what I saw was a boulder sitting on the lower driveway.  I could see where it broke off from the wall.  What I had heard was it falling, bouncing and rolling to a stop. 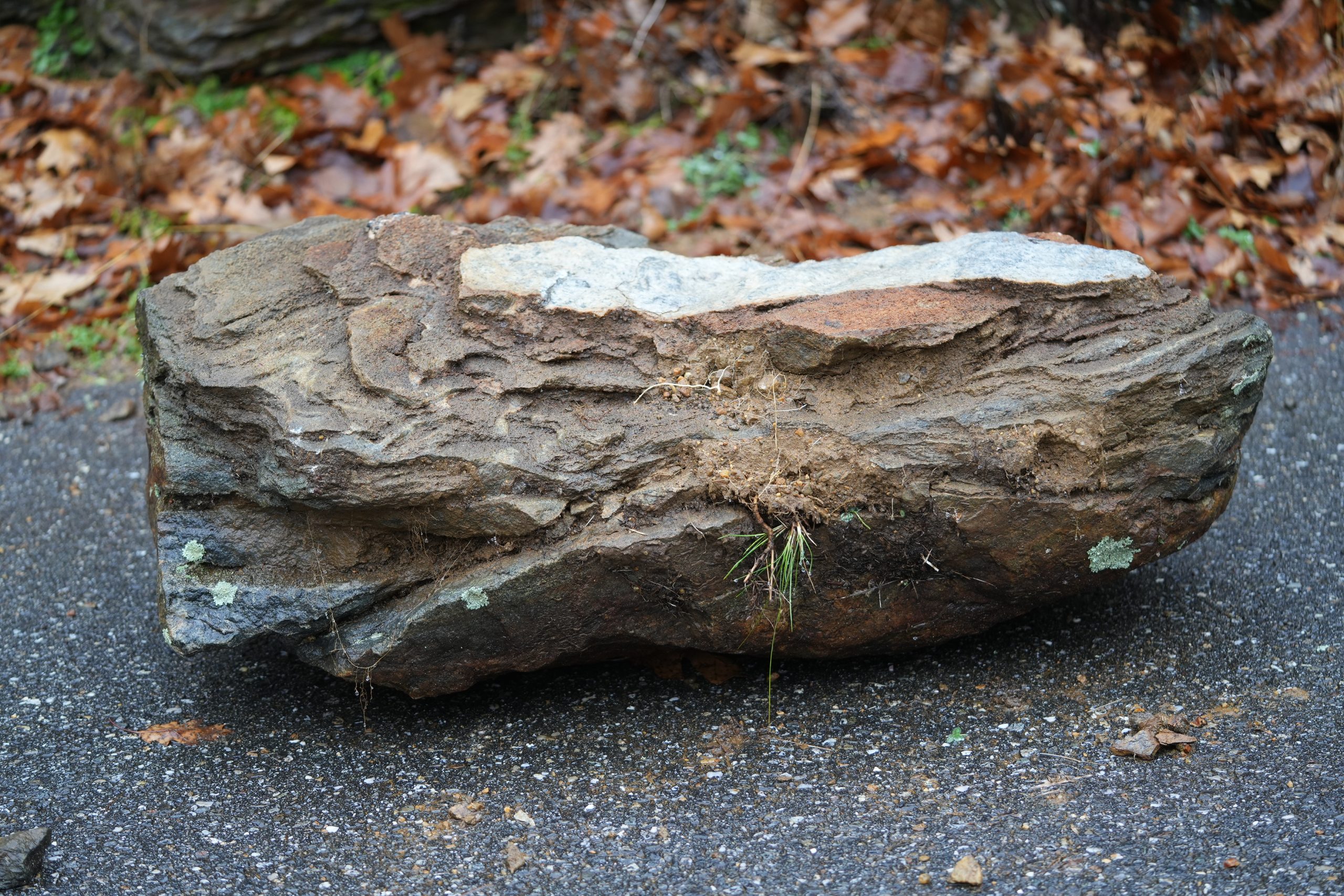 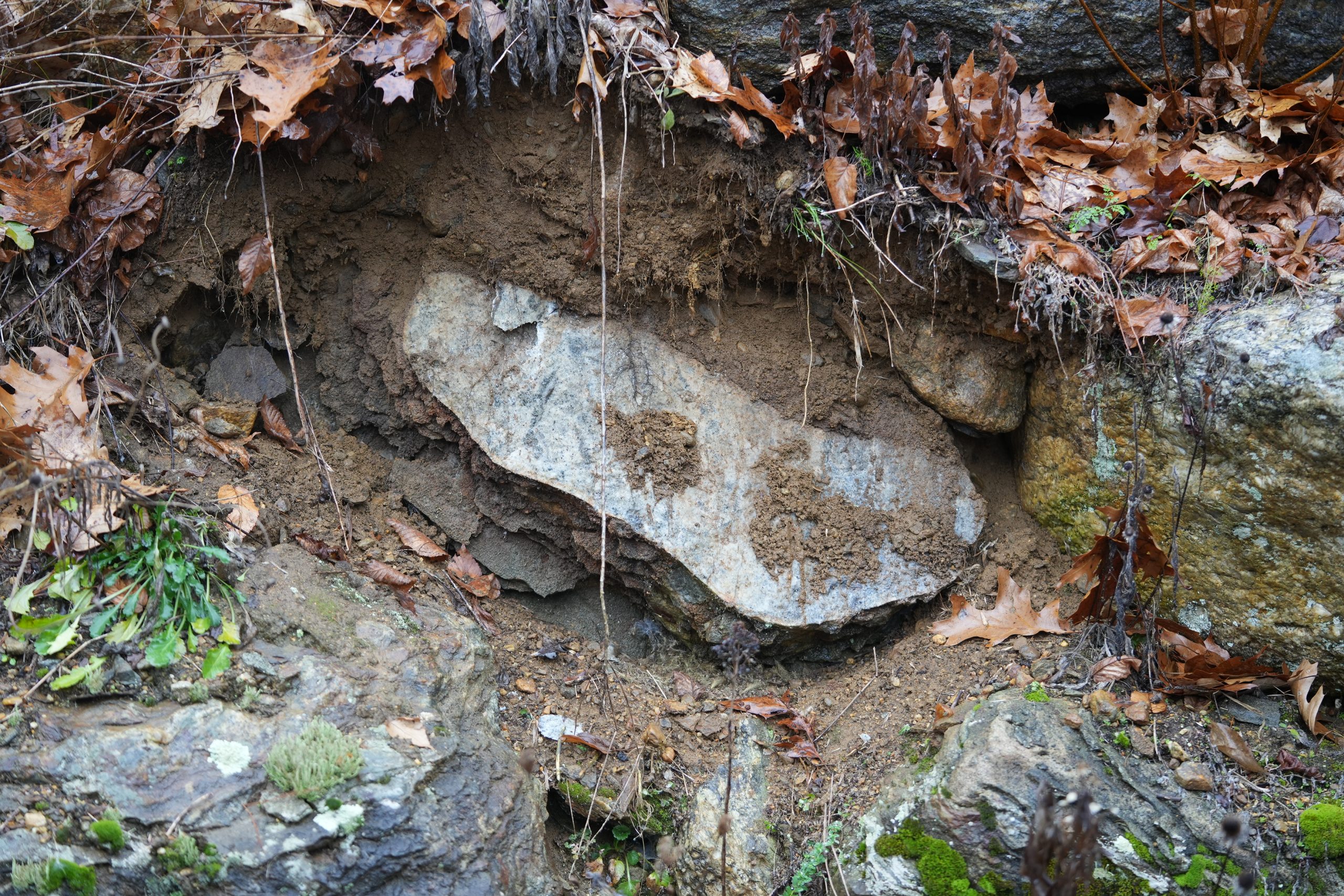 Looking at the exposed surfaces it looks like over time the rock has been fracturing and finally the weight was too much for the remaining stone to support.  It’s these lousy New England winters.  Freezing and thawing incessantly wreaks havoc with structural integrity.  It’s why I’m the broken-down husk of a man that I am.

So, this boulder is a metaphor for how the world wears down even the best of us and then sends us crashing to earth abandoned and out of sorts like a modern day Humpty Dumpty.  Very sad.  Very abstract, so deep.

But now I have to move the darn thing and then figure out how to prevent the dirt that was being held in place by it from eroding away.  Camera Girl will see me like a modern-day Sisyphus toiling to roll this huge stone up the hill.  What’s next?  The extinction level asteroid strike?  Yeah, why not?

” Freezing and thawing incessantly wreaks havoc with structural integrity. It’s why I’m the broken-down husk of a man that I am.”

And I thought gravity was the elderly’s worst problem–at least where the weather is warmer.

Neil I have millions of enemies. But my worst enemy always turns out to be me.

” Freezing and thawing incessantly wreaks havoc with structural integrity. It’s why I’m the broken-down husk of a man that I am.”

If it could demolish the Great Stone Face, what chance do mere mortals have?

Yeah, that disturbed quite a few folks when it collapsed. Come to think of it Camera Girl becomes uneasy when she has to stare at me for too long.