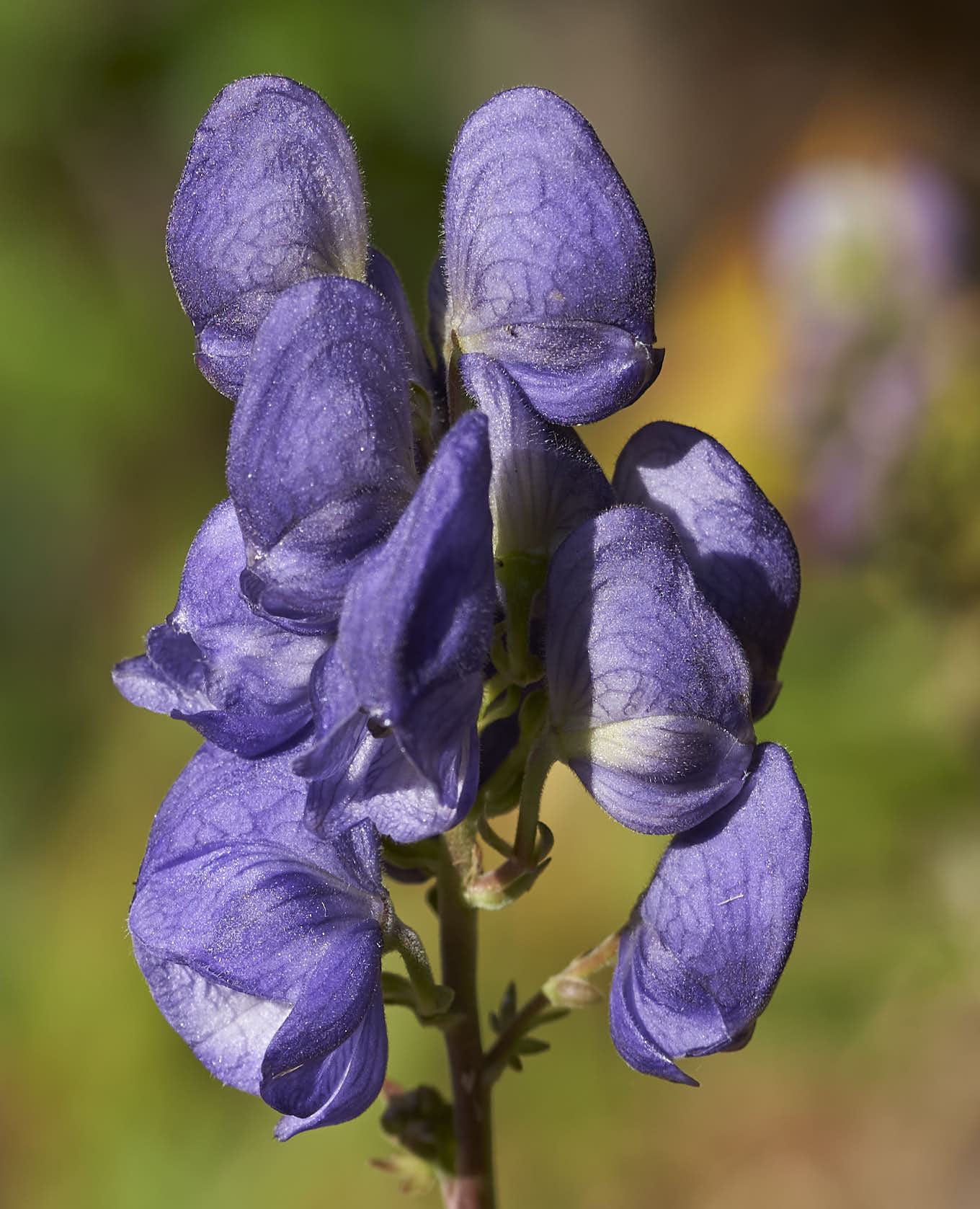 This has been a goofy mixed up year for weather.  The spring and early summer were extremely cool and delayed many plants by almost a month from their normal cycle of growth.  For the most part this wasn’t too bad but one plant that blooms late in the summer is wolf’s bane.  And as of today, the very last gasp of summer, the leaves on the plants are turning yellow and the flowers aren’t even buds yet, they’re bumps.  What we have here is a foot race between flowers and frost.  Last night it got down to 36°F.  That is dangerously flirting with freezing.  There are two more nights of near freezing temperatures coming up before a warm up is predicted.  I don’t like my chances here.  I need a miracle.

The Calendar tracks the path of Earth as it performs its seemingly eternal dance with the Sun.  And here at the Autumnal Equinox we mark the point where the northern latitudes lose their grip on the sun and slip into darkness.  For millennia the inhabitants of the North have recognized this moment and celebrated it with various harvest festivals and religious myths like the Death of Tammuz or the Rape of Persephone.  These solemn occasions were meant to memorialize the end of summer and the beginning of the harvest.

Nowadays most of us aren’t involved in farming and the advent of electric lights has lessened the impact of shorter days on our lives.  But for some of us the end of summer is still an extremely meaningful time.  As I have so often stated here on the site I am an avowed therophile (lover of summer) and the autumnal equinox is like a death knell for me.  Like some primitive soul I atavistically search for a formula or spell to help me fight off the fear of darkness and believe that summer will reemerge on the other side of the sun all those months in the future.  And for me the first step is to take the last gasp of summer, the blooming of the wolf’s bane flowers and tie that to the next great festival on my calendar, Halloween.

For Halloween begins  for me with watching the classic Universal horror movies.  And I always start with Dracula.  Here we see Dracula square off against Dr. Van Helsing for possession of the soul of Mina Seward.  And in this battle one of the prime weapons is a garland of wolf’s bane.  Vampires hate it and all good vampire fighters carry it with them.  And later on in the Universal series we will come to the Wolfman.  Here we are told:

Even a man who’s pure at heart

May become a wolf when the wolf’s bane blooms

And the autumn moon is bright

And that is the link between summer and wolf’s bane and autumn and Halloween.  And Halloween gets you to Thanksgiving.  And Thanksgiving gets you to Christmas.  And Christmas has to get you to Easter and the beginning of spring.  But it all starts with wolf’s bane.  So wish me luck.  If nature lets me down I’ll have to take drastic action and invoke the only other Summer/Halloween talisman I know of.  I’ll have to have an early showing of “Something Wicked This Way Comes.”  Bradbury’s story provides a direct link between summer and Halloween by way of the carnival theme.  Carnivals are summer and end of summer events.  But in the story we have a Halloween arrival of a dark carnival that is looking to ensnare souls.  The battle between good and evil is to my mind the battle between summer and autumn.  Between life and death.  Okay, that’s the end of my raving.

Lining up the Climate and Selenology

“Even a man who is pure at heart

May become a wolf when the wolfs bane blooms

and Autumn moon is bright”

This being October and me celebrating all things weird and Halloweenish, I figured I’d share my annual lycanthropic calendar check.  I have a small patch of wolfs bane (Aconitum napellus, also known as monkshood) in one of our gardens and most years it’s in full bloom sometime in August.  But this year has been a very slow season for some plants owing to all the rain and lack of sunny days and warmth.  I went out today and found that the buds on the wolfs bane were just beginning to form true blooms.

Looking at my Lunar Calendar I noted that the Hunter’s Full Moon was October 5th.  A full moon is a point of time but reckoners of lunar time assign the three days before and after the actual point as the full moon.  Therefore, tonight is the last night of the full moon and the wolfs bane is actually in bloom.  Hmmm.

Now here’s the thing.  I live next to a wood that contains what is charitably called a pond.  It is home to a very annoying and highly vocal Barred Owl and a band of coyotes whose musical stylings would be accurately described as blood chilling.  Some nights I sit in bed thinking I’d welcome the good old serenade of urban gunfire, ambulance and police sirens.  My point is that, for all I know, there’s a werewolf living out there already.  But anyway, if there is a werewolf in the neighborhood tonight is his first and only chance this full moon to terrorize us.

But think of all the pressure on this poor schlub.  He’s got to go to work tomorrow and he’s probably watching Sunday Night Football (assuming he’s a democrat which of course all monsters are).  And just to complicate things the weather has turned rainy and there are a lot of leaves in the grass.  I mean if he’s a suburban lycanthrope and let’s assume he’s getting up there, forty-five or fifty years old, he’s not in the best of shape.  Suppose he goes running toward a victim and slips and face plants.  Not only is this embarrassing but potentially catastrophic.  Suppose he knocks himself out and his erstwhile victim thinks he’s a neighborhood stray and brings him to the vet for treatment.  Well in addition to binding his wounds these ministering angels of the animal world are liable to give him a flea bath and neuter him for good measure and put his picture in the Penny Saver adoption section.  He wakes up the next morning squeezed into some dog crate in the vets’ office naked and without the family jewels.  I mean, that’s not right.

So tonight, I plan to put out a pan of beer (probably a cheap domestic) loaded up with vodka.  With any luck, the poor bastard will conk out behind my shed and wake up tomorrow with nothing worse than a hangover and really bad breath.  I mean, we’re neighbors.  It’s the least I can do.