Macrophotography and Me – Part 1

We’re entering the winter months in New England (also known as frozen hell) and at that point shooting outside is not only less interesting but also much less comfortable.  Luckily, macrophotography is something you can do from the comfort of your nicely heated home.  I like to do macro indoors in the winter.  To accommodate this, I look around during the year for interesting subject matter that I can bring inside for the winter and also try to improve on the set-ups I use to make indoor macrophotography more convenient and effective.

For instance, real macrophotography (which involves at least 1X magnification) requires extreme stability because even a tiny vibration will be noticed when apertures are small and magnification is high and exposures can be long.  One of the things I have lacked in my equipment is a table top tripod.  Up to now, I’ve compensated by setting up my full-sized tripod near a table and stood up while working.  I will be the first to admit that this isn’t a comfortable arrangement but I was always preoccupied with lens and camera buying priorities.  But now that I’ve got the A7 III I’m where I need to be for camera and even my Minolta 200mm f\4 macro becomes convenient enough for indoor macro work.  So, it’s time to look at the table top tripod.  The other thing that I wanted to add to my set up was a macro bellows.  It’s a bellows with a camera connection on one side and a lens connection on the other.  This allows you to increase the magnification with even non-macro lenses.  I’ve just purchased the Fotodiox Macro Bellows for the Sony E-Mount.  This adds 150mm of extension when completely extended.  And just in case I want to go completely macro crazy I can add my Kenko Extension tubes.  That adds another 68mm of extension.  Between the two extenders I can reach a little more than 2X magnification with my Minolta 200mm macro lens.  And with shorter focal lengths I can probably do even better.   If I add a lens reverse mount then I can take a wide-angle lens like my 10mm and get some really ridiculously high magnification but that may be a bridge too far right now.

I’ve got to mount all this paraphernalia on the table top tripod with my 200mm macro and camera to really test its stability.  I’ve selected the JOBY GorillaPod 5K Stand.  The sales literature says it can hold eleven pounds.  Between the camera, lens and macro thingamajigs it won’t add up to eleven pounds but it will be four or five I’ll bet.  If it turns out that this is not stable enough, I may have to add a rail to stiffen up the set-up but at that point I might as well paint it with purple polka dots and donate it to the circus with the other clown props.  Stay tuned and I’ll follow up with some photos of the rig and macro shots that I take. It may be interesting or ridiculous but I’m sure to learn something.

I’ve been doing studio type macro for quite a while. One of the biggest problems you’ll run into will be lighting. I’ll attach a link to a picture below of the setup that I settle on after a couple of years of trying other ways to come up with ideal lighting. The light box, or some other way of diffusing point sources is a necessity. You could make a diffuser with a wood frame with old sheets stapled to it. Intense point light sources and macro don’t mix. Also the light source itself, regular light bulbs or fluorescents don’t cut… Read more »

Excellent. I like the subject you are working on there.

Is there a convenient source for 5000K in LED?

Not uncommon. Try Home Depot or Lowes, they have pretty good bulb selections, Amazon too. Look for 100 W equivalent.

BTW: Did my embed work eventually or did you do that?

Thanks for the info. If you look at the text now, I separated out the middle of that address and then it worked. The img and url stuff wasn’t needed. It’s still on the comment before and after the photo.

So this is the portion of the code that worked? “ 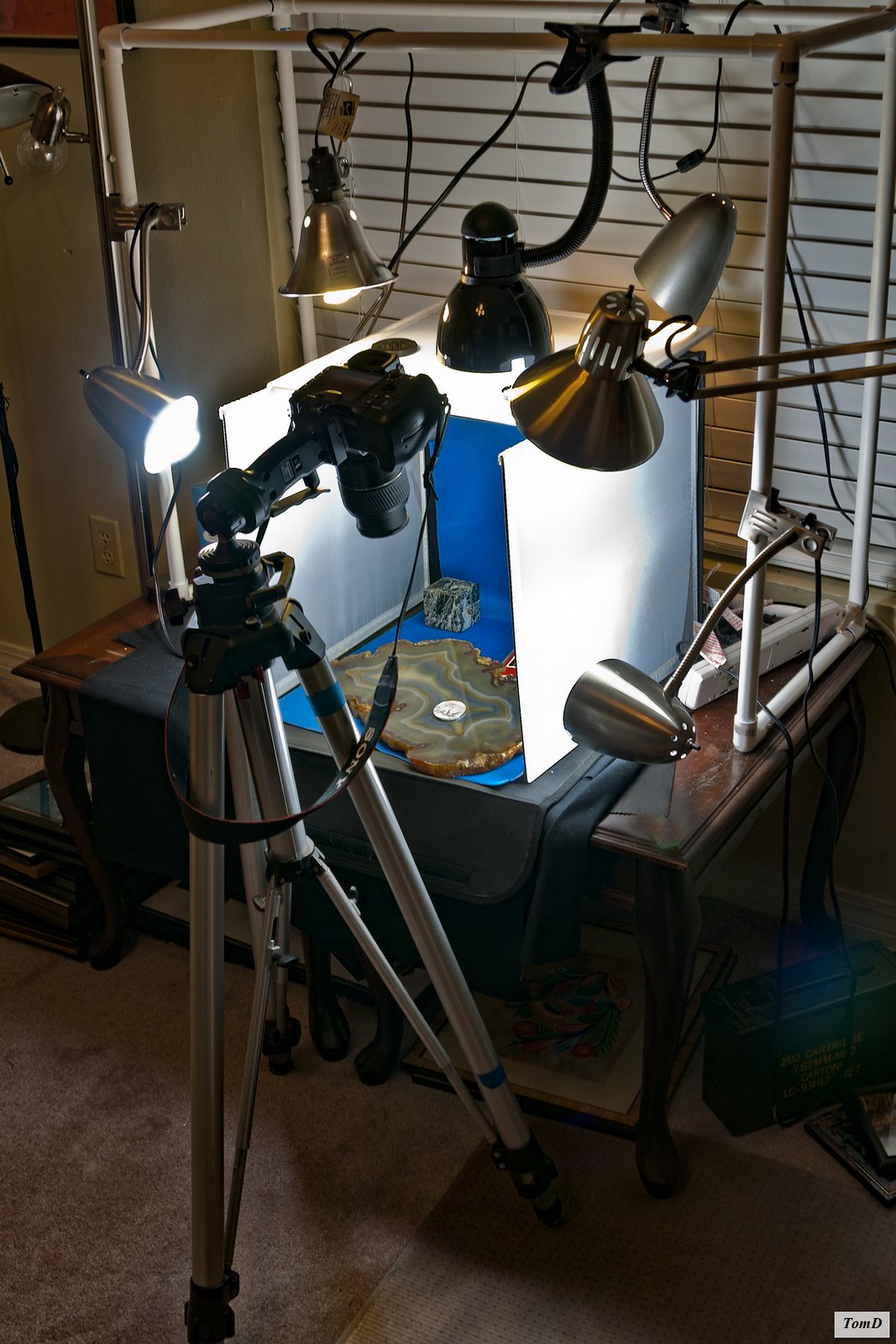 Yes I can see the photos. Do they show up when you look at the comments?

So that’s it? I have to take one of the flickr embed options and delete 3/4 of the code? Test below.