William Feathersmith is an evil man who uses the huge fortune he has amassed to crush his competitors and then grind them down by heaping insult onto injury.  Several of his business victims have committed suicide after suffering bankruptcy and humiliation at his hands.  But now he’s bored.  Feathersmith has reached the summit of his success and there’s nothing left to challenge him.  He talks to the building janitor, Mr.Hecate, one night and discovers that they both came from the same town Cliffordville.  Feathersmith mocks Hecate for his lowly status and leaves his office and takes the elevator down.  But instead of reaching the lobby he finds himself in front of the Devlin Travel Agency.

Enter Miss Devlin (Julie Newmar with devil’s horns).  She offers Featherstone a deal.  She will send him back to his hometown Cliffordville in 1910 and he’ll be able to conquer the financial world all over again only this time he knows about all the inventions and history ahead of time and can capitalize on that knowledge.  Feathersmith agrees to sell his soul but stipulates in the bargain that he will appear as the young man he was in 1910 and everything will be as it was when he lived there last.  Devlin agrees but reveals that Feathersmith’s soul has already been damned to hell for his evil deeds and what she will require for payment is the bulk of Feathersmith’s worldly wealth leaving him only $1,400.  But she reminds him that in 1910 that was a sizable stake to invest.  He agrees and soon finds himself in Cliffordville.

Using his knowledge of the future Feathersmith uses his $1,400 to buy land that he knows will be found to have millions of dollars of oil in 1936.  He assumes he can pump the oil out in 1910 but he discovers that the oil is many thousands of feet below the depth that can be exploited using the oil recovery technology available in 1910.  And now he realizes that even though he looks young his body is still seventy-five years old and he will not live to 1936 to capitalize on the oil under his property.

Desperate to escape his fate he begs Devlin to send him back to 1963.  She agrees in exchange for forty dollars.  In order to get the forty dollars, he is forced to sell his oil field to a young version of Mr. Hecate.  Now back in 1963, Feathersmith is the janitor in the building where Mr. Hecate is the tycoon.  They have a conversation which is the inverse of the earlier one.

What can I say?  This is pretty much by the numbers.  The Devil tricks a bad man.  C.

Julie Newmar in horns? Where is the pic? That alone should have raised the grade to a C+.
And Mr. Hecate? Greek goddess of magic? Talk about your foreshadowing!

I gave it a C only because of her. Without her it’s a D. 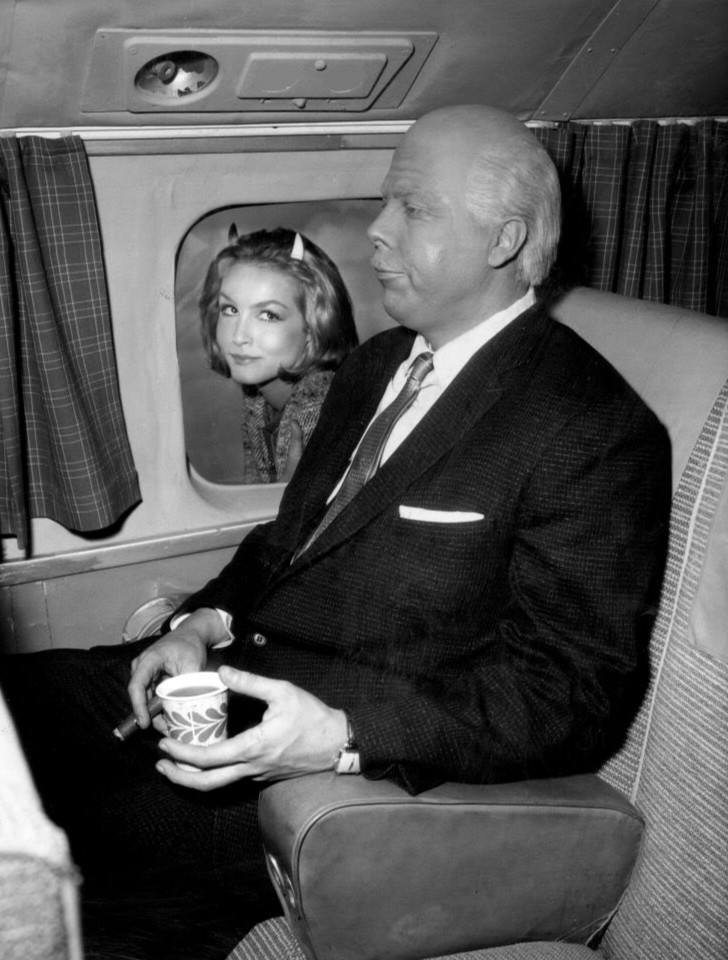 Yeah, there wasn’t a lot of subtlety there.