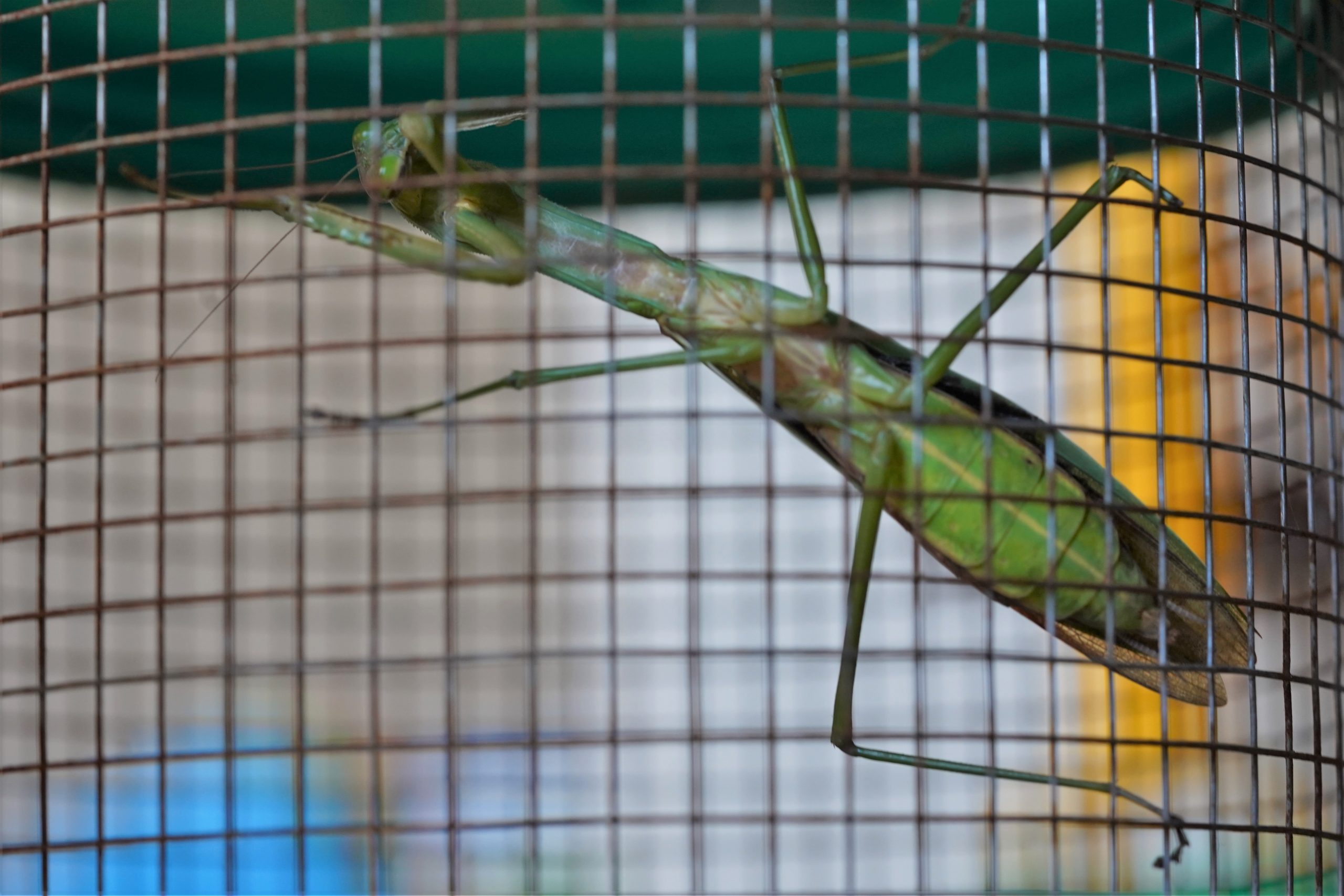 That looks like a nice-sized mantis! My 10-year old brought in a lizard yesterday afternoon… he’s still in a cup with a lid on it… on the kitchen counter. While it’s not a gecko, it does look surprisingly like the Geico Gecko. It’s an anole lizard: https://en.wikipedia.org/wiki/Anolis_carolinensis Unfortunately, the hole in the lid (actually for drinking…) is just a little too large and the lizard came climbing out on the table while we were eating last night. I didn’t even know it was in the cup at that point. Surprise! Surprise! Anyway, I guess the reason it’s relevant is that… Read more »

Ah, kids and strange pets. You have my sympathy. We’ve had every kind of harmless insect, crustacean, rodent, reptile and amphibian that you can find over the years. And I was the biggest kid among them.

Watch for the egg case to be lain somewhere. In my experience they need to be stored cool and dry for at least a week, but if you let them get too warm they will hatch out if season. When that happens your home will be overrun with very small and hungry predators. Not a danger to you, but bad for the hatchlings.

I’m going to put some twigs in the enclosure just in case.