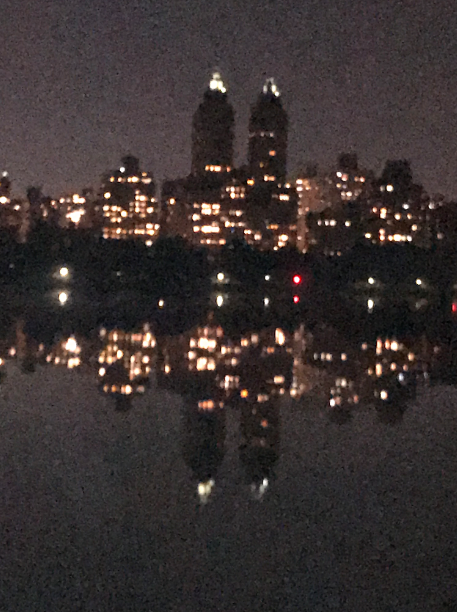 I have a story for this quote source.  In the summer of 1972 I was attending summer session at my high school.  Being a hopeless nerd, I wanted to skip a grade in math so I was taking Geometry in the summer to allow me to go on to Trigonometry and Analysis in September.  This was an all-boys Catholic High School and it was even worse than it sounds.  But in summer school they had some girls from the local “sister schools” and so things were actually a little better than during the regular year.  There was a girl in the class who liked theater and she proposed a trip to Manhattan to see Shakespeare in the Park (Central Park).  Now she probably had no romantic intentions but I was a high school boy so I was willing to take the chance.  Anyway, Shakespeare in the Park involved waiting in line on the Great Lawn (which was a shambles back then and hardly a lawn in anything but a geographic sense) for hours while eating a picnic lunch and talking to a rather pretty girl.  What’s not to like?  The park was overrun with aging dirty hippies selling incense and drug paraphernalia which even to my younger, less-conservative self felt creepy.  But it seemed like a fun day at the time.  When the show began after sunset I learned that the play was King Lear and the name of the actor playing the title role was James Earl Jones.  The name was vaguely familiar (possibly from Dr. Strangelove) and I was interested to see how this spectacle would turn out.  Jones did not disappoint.  He threw everything but the kitchen sink into his Lear.  He stuttered, roared and hissed at his tormentors and cried and moaned through his torment.  And during the storm scene the weather proved cooperative.  There were several very real cracks of thunder and even a few lightning flashes.  Very cool indeed.  And after the show we enjoyed the extra thrill of leaving Central Park late at night while somehow avoiding the very real threat of being robbed or worse.  Of course, nothing ever panned out with the girl but nothing ventured, nothing gained as they say.  And that’s the only time I’ve ever seen or read the play King Lear.  But it did leave an impression.

Re-enter KING LEAR, with CORDELIA dead in his arms; EDGAR, Captain, and others following

Howl, howl, howl, howl! O, you are men of stones:
Had I your tongues and eyes, I’ld use them so
That heaven’s vault should crack. She’s gone for ever!
I know when one is dead, and when one lives;
She’s dead as earth. Lend me a looking-glass;
If that her breath will mist or stain the stone,
Why, then she lives.

A plague upon you, murderers, traitors all!
I might have saved her; now she’s gone for ever!
Cordelia, Cordelia! stay a little. Ha!
What is’t thou say’st? Her voice was ever soft,
Gentle, and low, an excellent thing in woman.
I kill’d the slave that was a-hanging thee.

Did I not, fellow?
I have seen the day, with my good biting falchion
I would have made them skip: I am old now,
And these same crosses spoil me. Who are you?
Mine eyes are not o’ the best: I’ll tell you straight.

And my poor fool is hang’d! No, no, no life!
Why should a dog, a horse, a rat, have life,
And thou no breath at all? Thou’lt come no more,
Never, never, never, never, never!
Pray you, undo this button: thank you, sir.
Do you see this? Look on her, look, her lips,
Look there, look there!

He faints! My lord, my lord!

Look up, my lord.

Vex not his ghost: O, let him pass! he hates him much
That would upon the rack of this tough world
Stretch him out longer.

He is gone, indeed.

The wonder is, he hath endured so long:
He but usurp’d his life.

Bear them from hence. Our present business
Is general woe.

To KENT and EDGAR

Friends of my soul, you twain
Rule in this realm, and the gored state sustain.

I have a journey, sir, shortly to go;
My master calls me, I must not say no.

The weight of this sad time we must obey;
Speak what we feel, not what we ought to say.
The oldest hath borne most: we that are young
Shall never see so much, nor live so long.

Exeunt, with a dead march