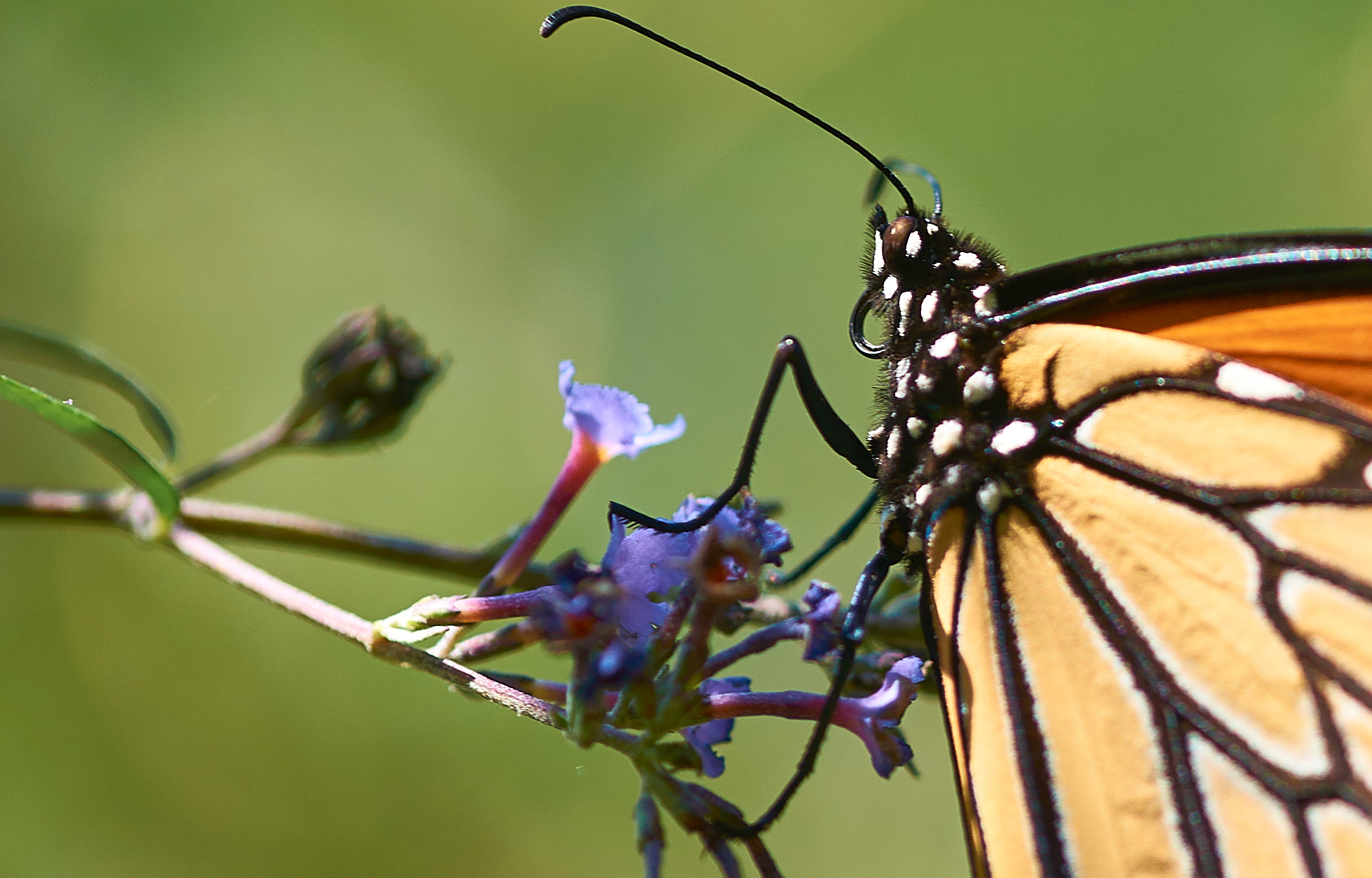 When I was using the earlier Sony A7 cameras for insect macrophotography it was always a struggle to manage to get good focus on active insects like butterflies and bees.  When magnified view appeared in the A7S (and elsewhere) I started using that to get really close focus on the heads of bees and other small critters.  But the challenge was to perform the magnification button clicks and focusing before the little buggers moved on.  And another complication is that only single auto-focus and manual focus work with magnified view, not continuous auto-focus.

So recently I decided to try using continuous auto-focus instead of magnified view with the active insects.  And I’m satisfied that, all things considered, this is the better technique.  Probably those coming from camera models with a longer history than Sony of competent auto-focus are not surprised by my finding.  After all, continuous auto-focus isn’t a new technology.  But it is to me.  Having competent auto-focus on a Sony A7 camera is a relatively recent phenomenon.

What I think are the big advantages of this technique are really just the lack of the disadvantages that the magnified method has.  With the continuous autofocus method there is no rush to try to restart the magnified view after every capture.  This alone is worth a lot.  Between continuous auto-focus and multiple shooting modes I can take a dozen shots in the three or four seconds it takes to get two shots using magnified view.  And sometimes that is all the chance there is to get the shot.  Looking at the results confirms that the number of keepers is much higher.  Not to mention how much lower the annoyance and frustration levels are when shooting this way.  It makes it easier to keep a handle on the environment and react to the movements of the insects faster.  And this should be obvious.  When in magnified view there’s no way to find the bug when it flies to a new location.  You’re force to take the camera off your eye to find the insect again.  Often, you’ll have to back it out of magnified view and start over once you relocate the target.

So, here’s my restating of the obvious but if it helps anyone else out there in Sony camera world then good.