Sweden did not institute social distancing, masks or lockdowns. 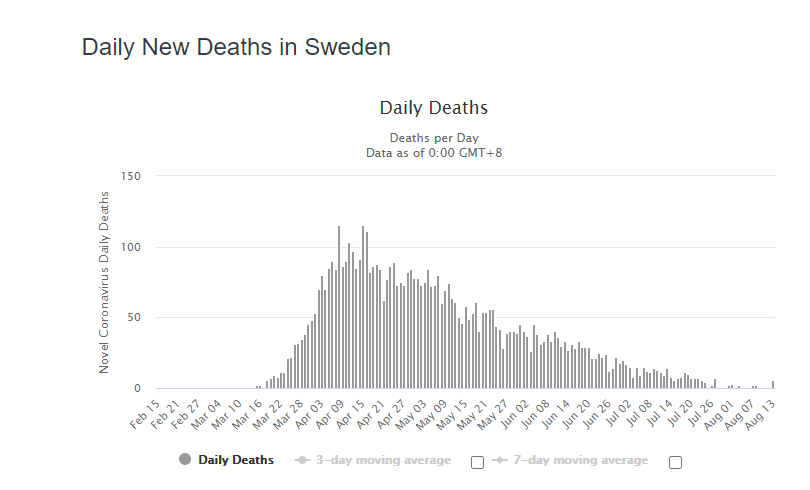 And if you look at the daily death curve they are now effectively done with the COVID epidemic.

With respect to deaths as a proportion of population it’s slightly higher than the current figure for the United States 571 deaths per million of population as opposed to 515 deaths per million.  But their curve is already flat whereas ours is being dragged out by the shutdowns.  And compared to the states that shut down like New York and New Jersey it’s only a third of their rates.

To be fair. the Swedes are probably healthier than Americans on average and have cities that aren’t as crowded as New York so if we had followed their approach we would have ended up slightly higher on the death index but we also would have avoided the madness and depression associated with the shutdowns.