One should never mock the weather gods in New England.  Even if they happen to have blue hair and weigh in at half a ton.  Even after tax day you are never safe from snow until the Fourth of July (or is it Juneteenth now?). 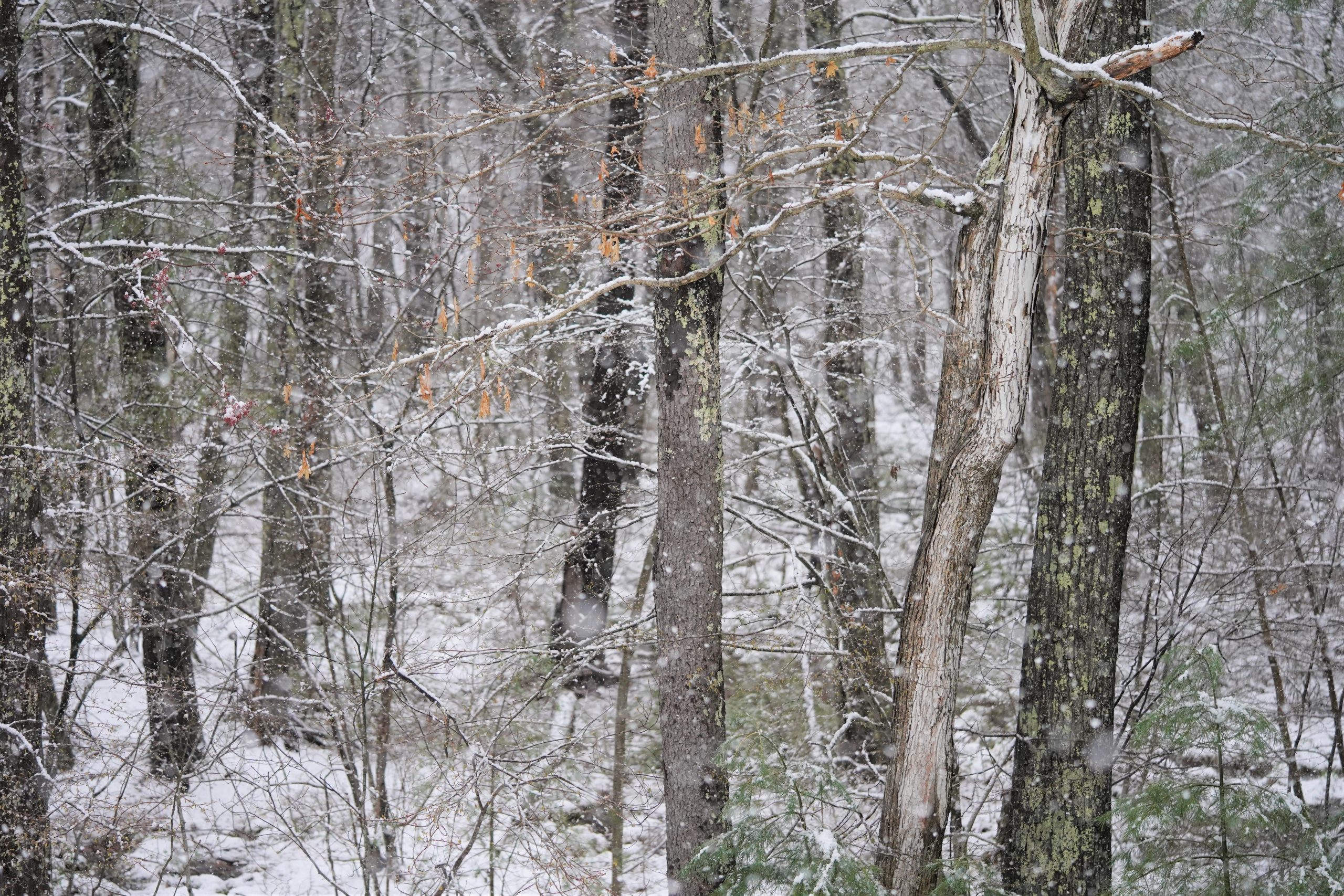 And the worst part about it is that even though it’ll mostly melt later on today I have to clear the driveway to allow for safe passage of guests today.  Bring out the snow shovel.  Oh my aching back.  Damn you fat weather girls wherever you are.

Well, I don’t take back a single word of it.  If I’m going to have unearthly weather; snow in the summer or flaming meteors of bitumen I want it announced by a cheerful pretty woman who will gracefully point at the green screen and smile her blinding white smile.

So I finished my shoveling and decided to take a few photos of the weirdness. 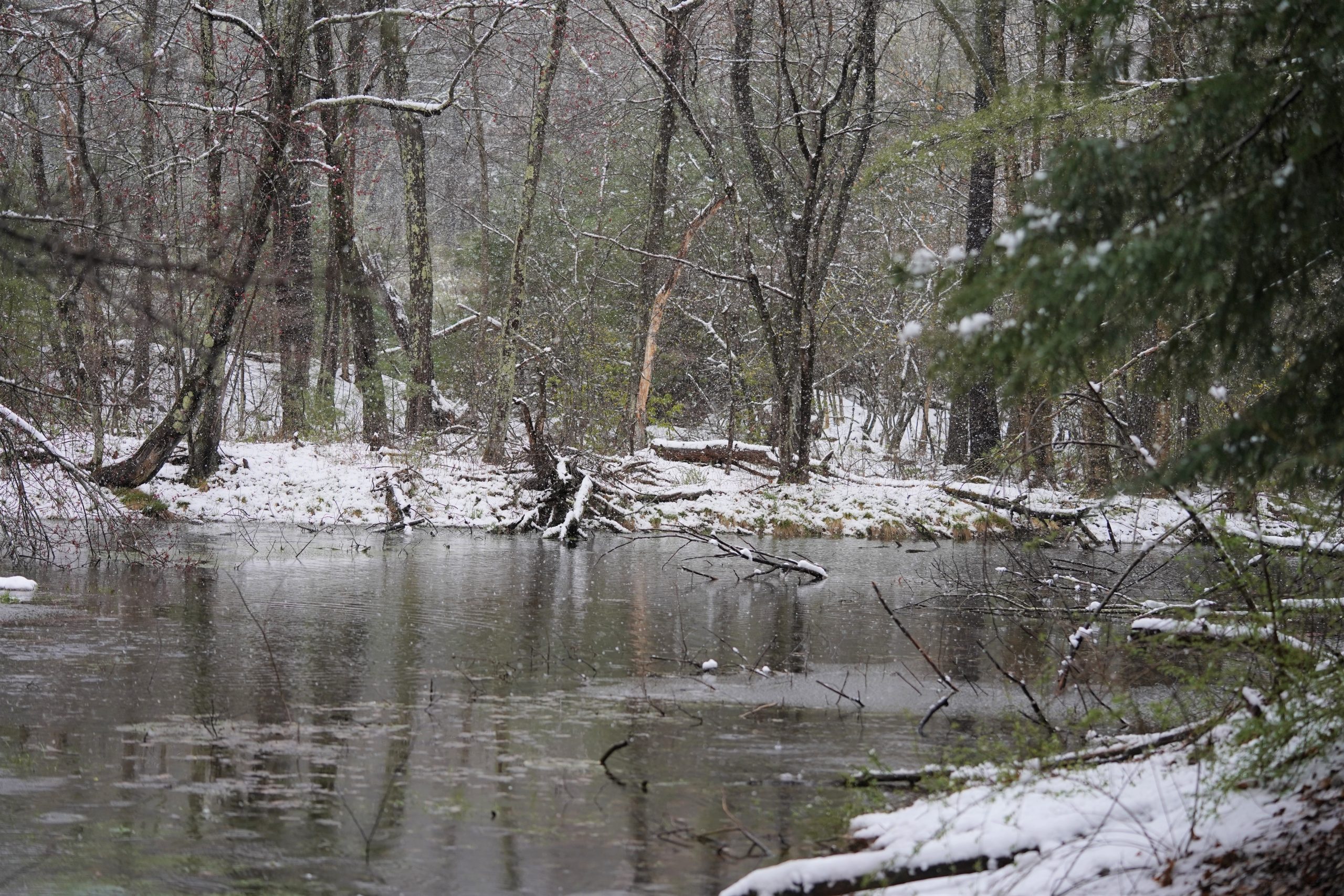 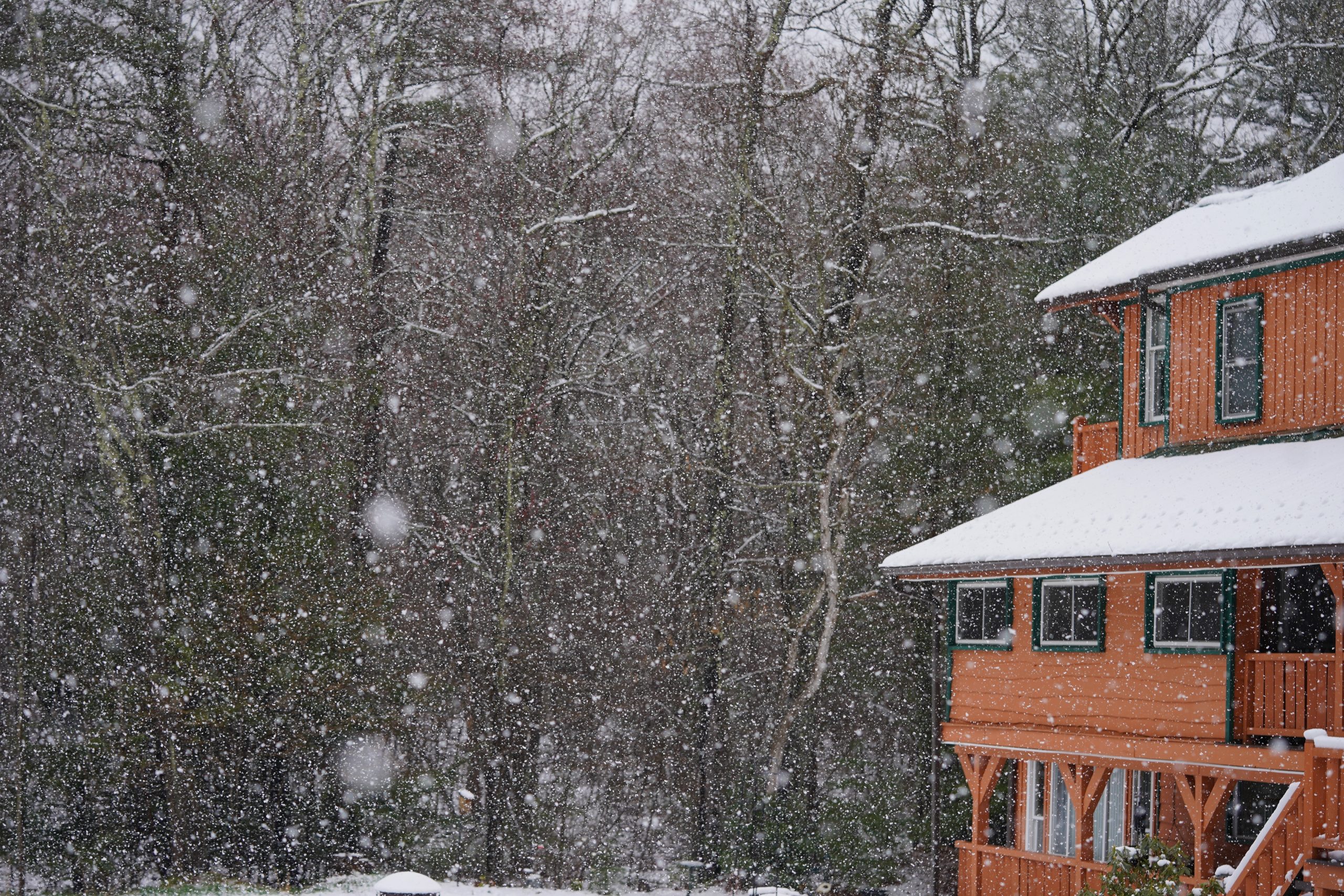 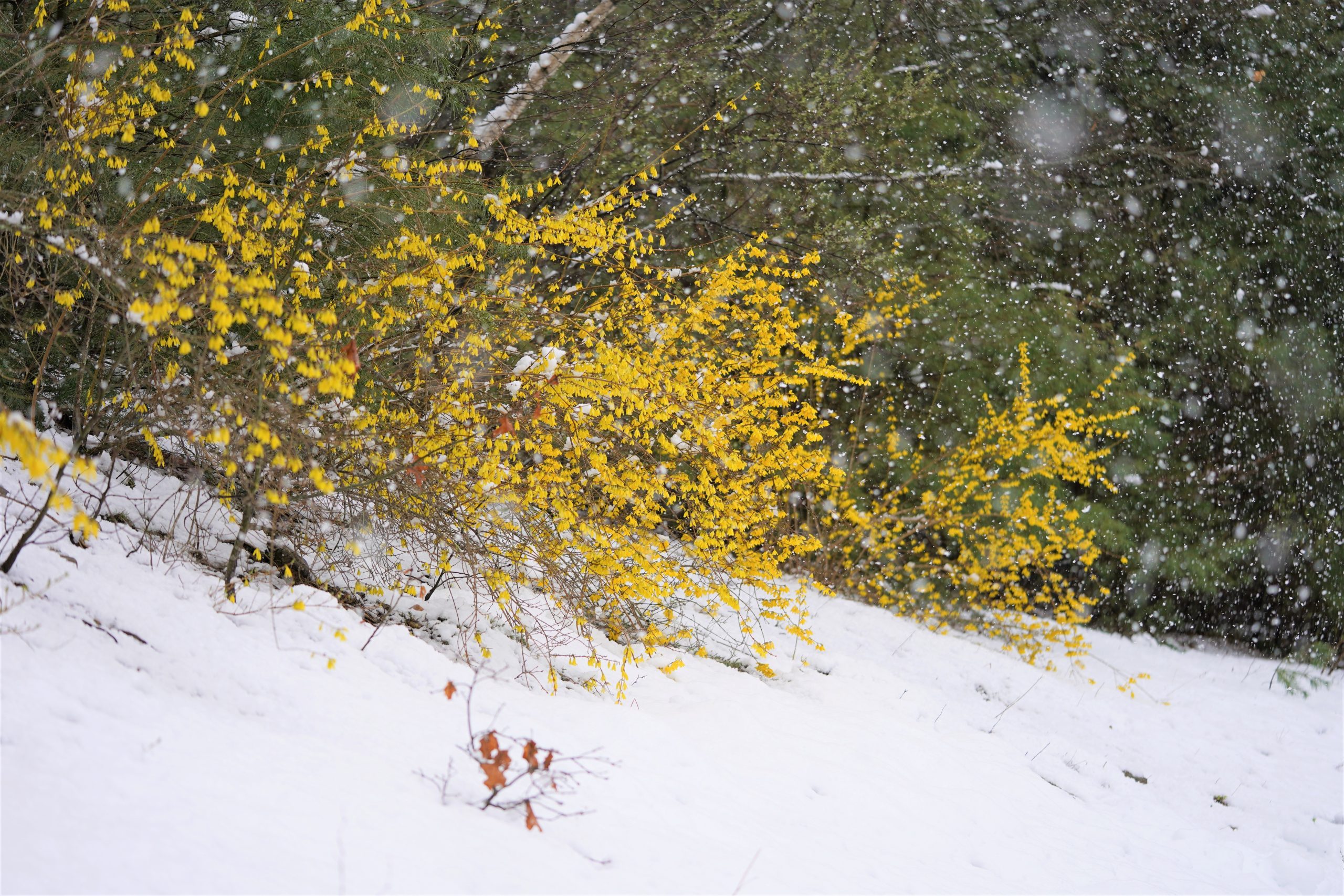 Now you see it, and now you don’t

April showers bring May flowers but we had a forecast yesterday, that called for a couple of inches of snow.  That seemed uncalled for to me.  The tv weather reports have been handed over to the B-Team since the COVID meltdown so I’m never sure anymore if it’s just mopery-dopery or something more fiendish.

These woke times have really shaken my faith in all the institutions.  There was a time when you could depend on the tv weather girl to be young, highly attractive and almost disgustingly cheerful as she told you what to expect from the sky over the next 24 hours.  Last week I was watching the evening news when a surly middle aged fat woman berated me about the climate.  I was pretty shocked.  I looked at Camera Girl and said, “What the hell have they done to the weather girl?  She’s morbidly obese!”  She volunteered hopefully, “Maybe she’s pregnant?”  I couldn’t watch.  I turned off the tv and stalked off.

Many things have indicated to me that our culture is doomed.  But the collapse of the weather girl standard, I believe, is the surest sign of the coming apocalypse.  And I’ll know that we’ve reached the final hour when at 7:30 one night the anchor will call out to the weather girl and a fat hairy bald man in a blonde wig and an ill-fitting sun dress will stand in front of the green screen and sashay through an interpretive dance for the forecast.  On that day I’ll pack my bags and start driving for Mexico.

Our neighbor to the south may be the land of narcotraficantes, duffel bags full of human heads and Montezuma’s revenge but I’m guessing that they are years behind us in the weather girl appearance death spiral.  And if I’m wrong about that I’ll keep heading south until I reach that Shangri-La where a pretty woman in a short tight dress walks me through the barometric and precipitation-based predictions.  I don’t much care if she’s a blonde, brunette or red-head.  I will keep going south until finally when I reach Tierra del Fuego if I still have to see a guy in a sun-dress I’ll know it’s all over and I’ll swim out to sea heading for Antarctica.  Maybe I’m exaggerating.  But you get the idea.

Now in case you think I’m a fanatic I want to assure you that I disagree with those countries that have taken the weather girl standard and gone overboard in the other direction.  I think it’s Russia or somewhere that has a channel that features naked weather girls.  I strongly disagree with this concept.  Oversexualizing the weather is wrong.  When someone is telling you about the weather you need a certain amount of resistance to what is being said.  Here in New England, I often find myself yelling at the weather forecasters male and female.  They torture us with absurdly vague and dangerously misleading descriptions of the weather.  How can you predict a range of zero to 34 inches of snow and expect not to get death threats?  How can you predict torrential rain and then yammer on about the drought warning in the same breath?

But imagine if a naked woman was telling this to you.  You’d be powerless to complain.  You’d have no choice but to take whatever advice she gave you.  You would outfit your car for the morning commute with both an inflatable survival raft and a snow shovel.  I need to be able to rail against the weather reader.  I can’t allow any kind of sexual quid pro quo to exist.  I want them to wear clothes.  I only insist that the clothes match the binary tag of their sex chromosomes.  Do I ask too much?  I think not!